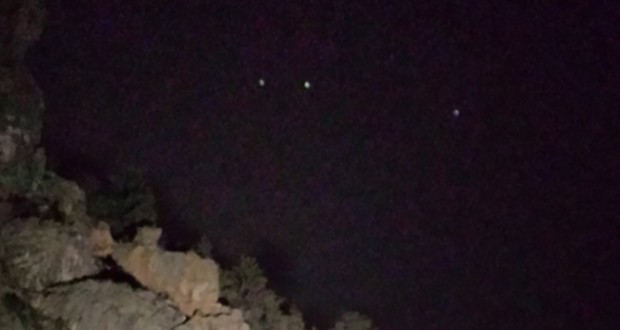 A Colorado witness at Idaho Springs reported watching three bright light UFOs that moved “straight up into the clouds” about 1:16 a.m. today, according to testimony in Case 60176 from the Mutual UFO Network (MUFON) witness reporting database.

The witness was working the night shift at the twin tunnels when he stopped to take a photograph of the tunnel and mountain. 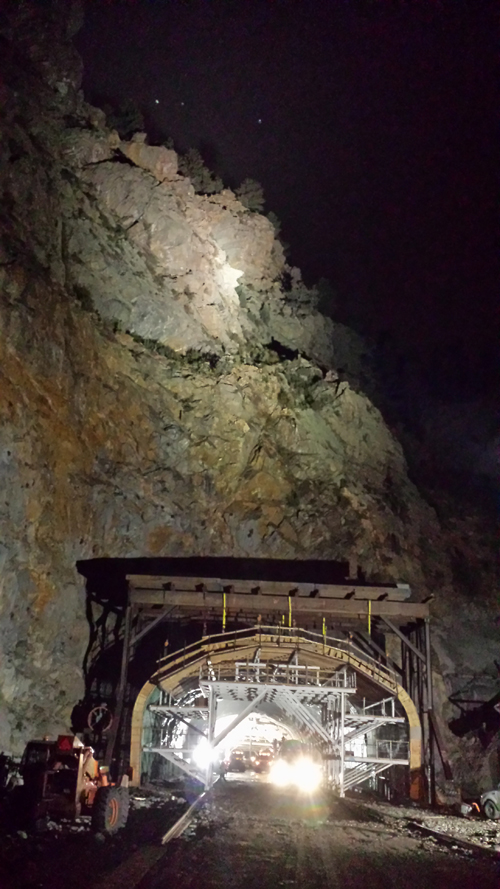 “Someone else noticed the lights and pointed them out to us,” the witness stated. “Myself and many others all watched as they slowly flew straight up into the clouds. It was overcast and a bit foggy so they had to be pretty close. I didn’t realize until later that I had taken pictures of it.”

The witness included four images with the MUFON report, which was filed September 29, 2014: Image 1, Image 2, Image 3 and Image 4. 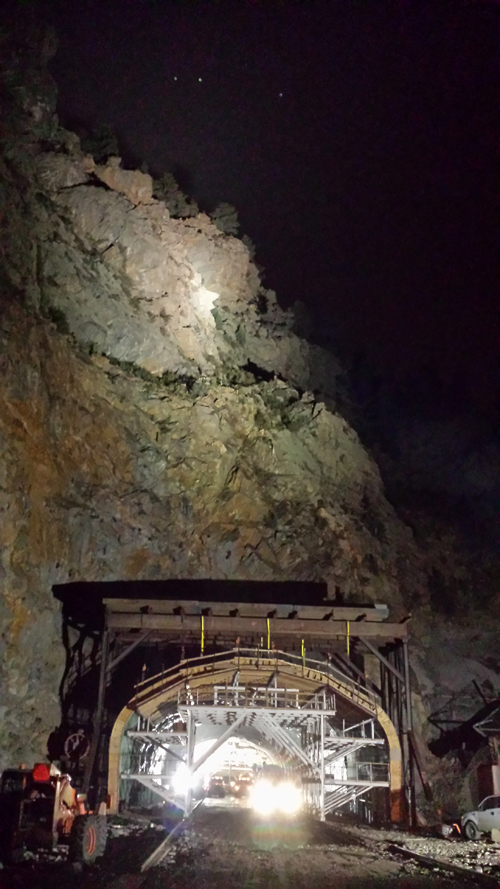 Idaho Springs is a municipality in Clear Creek County, CO, population 1,717. Colorado MUFON is investigating. The above quotes were edited for clarity. Colorado has a current UFO Alert Rating of 3 with a high number of recent reports nationally. Colorado had 13 UFO reports in August 2014 – the 13th highest reporting state – while California had 99 reports as the highest reporting state. The above quotes were edited for clarity. Please report UFO activity to MUFON.com. 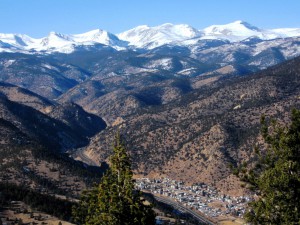