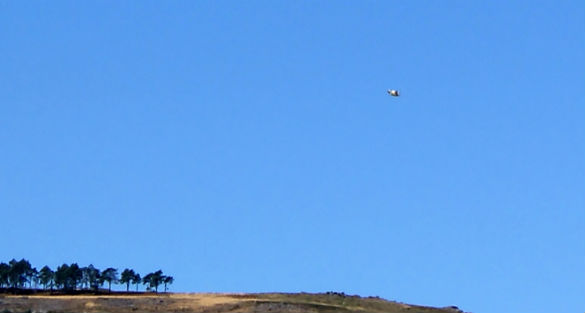 A hiker in Portugal took some photos of an odd object recently. The witness submitted the photos and report to the Mutual UFO Network (MUFON) yesterday. According to the report, the sighting took place on August 20, 2017. 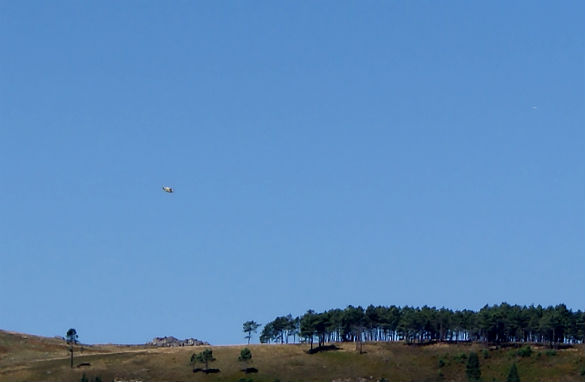 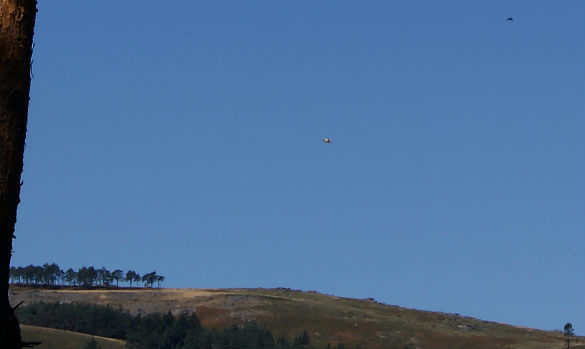 The witness says the object appeared to be the size of a helicopter. The witness described it as an “irregular sphere” in the title of the report, and as a spherical object in the description. However, the odd shape that can be seen in the photos is difficult to describe. 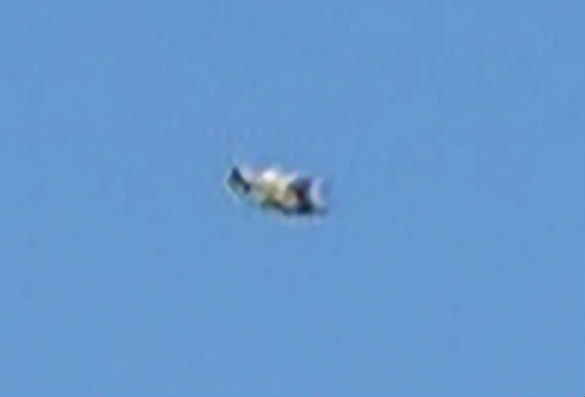 Close-up of object in first picture. 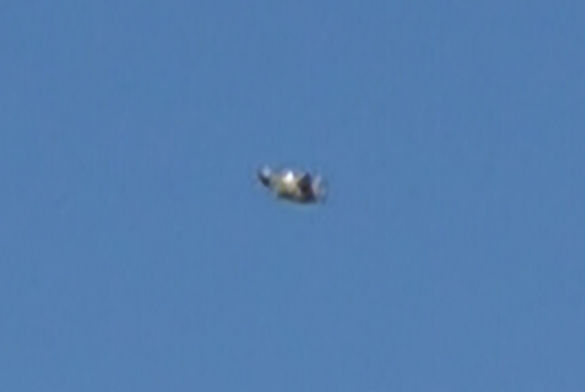 Close-up of object in second picture.

I was hiking on the mountain and taking pictures when I observed a spherical object the size of a helicopter. It flew silently and too fast, so I immediately started shooting. While doing this I lost the visual reference of the object. When I returned to look at the sky in search of the first object appeared a second object at the same speed and following the same path. The objects traveled from SE to NW at a speed of over 300 km / h, at an altitude of 100m to 200m and at a distance of less than 3km from the observation point. 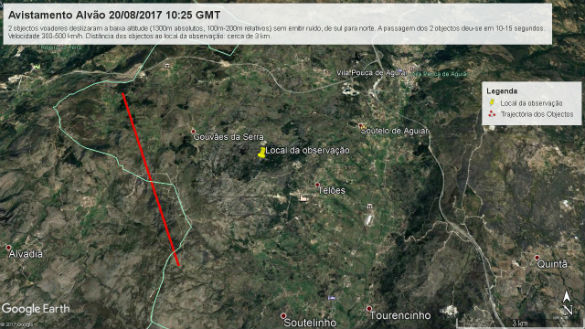 Mylar balloons can look odd floating around and are often reported as UFOs. However, they are typically a regular shape and smooth. Could this one be a half deflated balloon? If so, it would not have been as large as a helicopter as the witness describes, and it does look to be rather large in the photo. 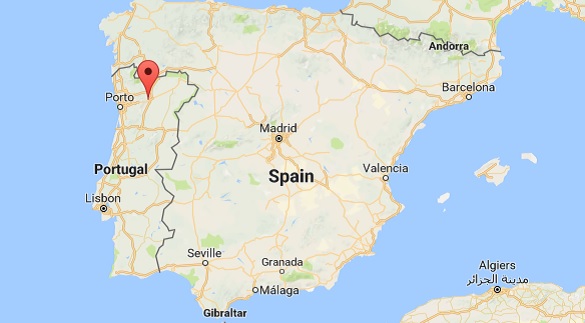 The marker shows the location of Vila Real, the area the witness says the sighting took place. (Credit: Google Maps)