There isn’t much information given on these videos, but they are interesting. They were posted by YouTuber Quang Tran on January 30. The only information provided is that they were taken in Fort Mill, South Carolina, which is just south of Charlotte.

The first video is short and shows a bright object flying over the nearby houses during the early twilight hours. It stops and hovers, then descends straight down and begins to blink at regular intervals. In the second video, it is darker out and the object appears to be back. The object is moving to the left, but then turns back to the right. It stops and hovers again, and then quickly descends at an angle back towards the spot it seemed to land in the first video. In the second video a commercial airlines also flies overhead.

The video could be of a drone of some sort. It is very high, and has a very bright light that can turn on and off at intervals, but recent drone videos have shown that these things can do some really impressive things.

The first video is below. The second, which is more interesting, can be seen at the top of the story. 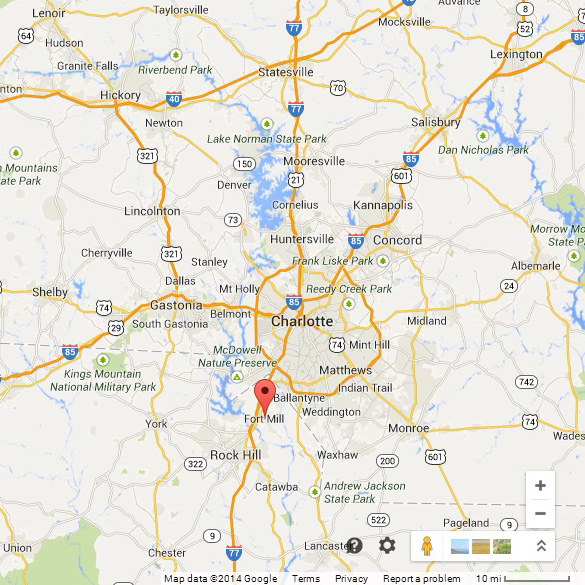