Another giant fireball was captured on video in Russia, and UFO video capture software caught a few in Japan as well.

Multiple witnesses spotted a giant fireball early Saturday morning over the Kola Peninsula in Russia. According to Russia Today, several people caught the object on their dashcams in the city of Murmansk. At one point the object lit up the night sky as if it were daytime.

Although very impressive, the object did not create sonic booms or blind people like the now famous incident last year in Chelyabinsk. Some twitterers wondered why Russia gets all the good fireballs. Jason Major, blogger for the Universe Today, says it is because it is by far the largest country and dashcams are very prevalent in order to combat insurance fraud.

However, Russia is not the only country to enjoy some spectacular fireballs lately. A video posted on YouTube recently (seen at the top of this story) shows some fireballs over Japan as well. These fireballs were captured using UFO spotting software.

The software is called UFOCapture and is created by SonataCo. The software works on Windows and can be used with any camera attached to the computer via USB or firewire. It will record any movement on the camera. So you can attach a nice camera pointed at the night sky, and if something moves, UFOCapture will be sure to get it, even if it moves as fast as a meteorite or space debris burning up in the atmosphere.

The video, posted by YouTuber Sheilaaliens, is a compilation of fireball videos from the UFOCapture forum between April 17 and 19. Some of them, such as a couple of videos taken on April 17, are quite spectacular. 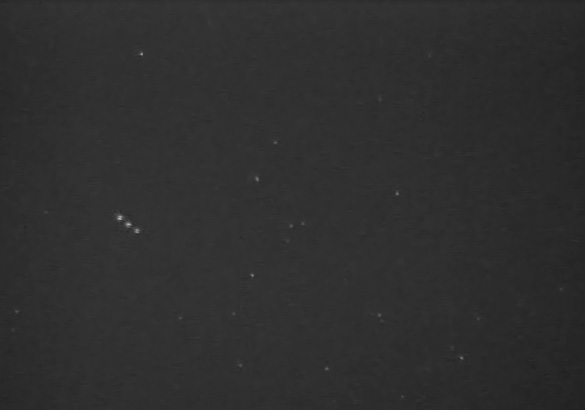 The only UFO video I have found on their website, thus far, is posted in the UFOCapture sample videos. It was apparently taken on October 9, 2003. Three lights move steadily across the night sky.

The software is really cool, but it isn’t cheap. The HD version is ¥25,920 and the non-HD is ¥19,440. Before you really freak out, this amounts to much less than $20,000 US dollars. It equates to around $252 and $189 respectively. There is a free version, but the manual is in Japanese, and I am not sure what limitations it has, but rest assured I will be trying it out. If you do as well, let us know if catch something cool!