A remarkable video of a large white object falling out of the sky over the Spanish island of Ibiza has many authorities believing it to be space junk. However, local astronomers tracked the object and say its movement could only be explained if it were self-propelled.

The object was caught on camera on April 16, 2014 at approximately 7:30 pm. That is when Eduardo de Miguel spotted something unusual in the sky. He grabbed his camera and was able to record the object for 3 minutes before losing sight of it.

The video was examined by the Astronomic Association of Eivissa who quickly ruled out a meteorite. They suspected that the UFO was a man-made object. 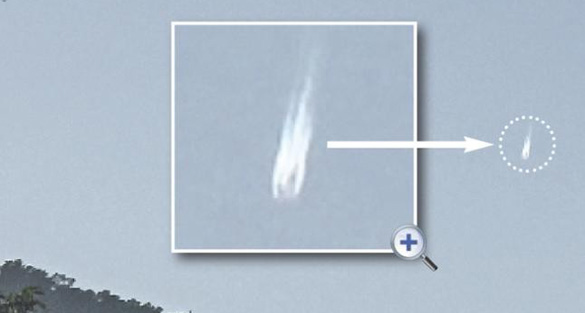 Local newspaper Diario de Ibiza then presented the video to the Ministry of Defense. The Spanish Air Force examined the video and agreed with the Astronomic Association of Eivissa that the object was most likely space junk. They ruled out the possibility of the object being anything military related.

The Air Force explained that it was likely a piece of a rocket or spacecraft that was in orbit for sometime before falling back to the earth. They point out that the object appears to be on fire and leaving a smoke trail, which is what happens as space junk renters the atmosphere and is heated by the friction in the air.

While this explanation seems likely, Ibiza astronomers said they tracked the object, and their findings show that the UFO was not merely space junk. The object was tracked by the Cala d’Hort Telescope, and according to Ignacio de la Cueva, who is also a member of the Astronomic Association of Eivissa, the object changed direction mid-flight. He says the change in direction they observed could only be explained if the object was self-propelled. He says the video itself shows the object moving in a direction that is not the same as the direction it was headed when it was initially tracked.

Diario de Ibiza says that astronomers are seeking data from other observatories that may have tracked the object so they can triangulate the position of the object, and hopefully find out more about its size and where it might have come down. But as Diario de Ibiza points out, until more information is discovered, this object remains an Unidentified Flying Object. 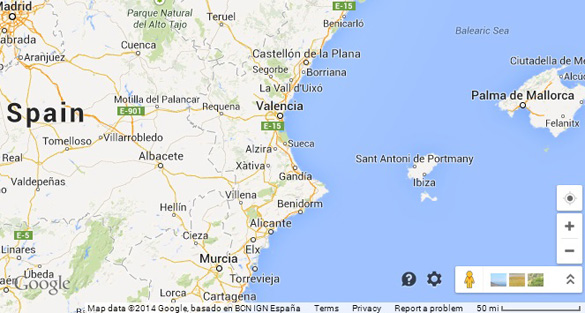 This story was found on Inexplicata – The Journal of Hispanic Ufology.