Home / Featured / A UFO sighting in Arizona in 1968 revisited 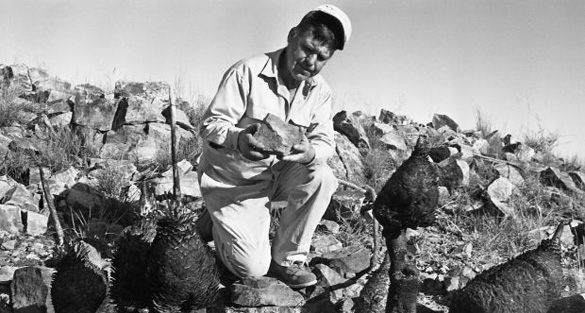 A UFO sighting in Arizona in 1968 revisited 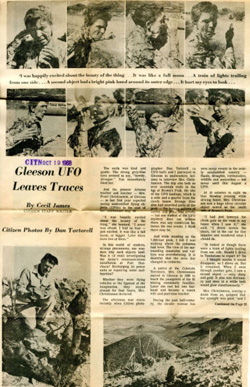 UFO story as seen in the Tucson Citizen in 1968.

The Arizona Daily Star recently posted a photo gallery of pictures taken in relation to a story by the Tucson Citizen about a UFO sighting in October, 1968 near the town of Gleeson. The UFO allegedly left scorch marks in the side of a local mountain.

The mining town of Gleeson, Arizona is nothing but  a ghost town now, and it wasn’t much more than that in 1968 when Pearl Christiansen reported seeing several UFOs hovering over nearby Browns Peak. At the time, Christiansen was a 71 year-old retired school teacher who had lived in Gleeson since 1920.

She says that while she was on Browns Peak she saw several UFOs hover over the peak for four hours one night. She told the Tucson Citizen that eventually, “they seemed to back off into the Valley behind the peak.”

She said, “It looked as though there were a train of lights trailing from one side.” She described one of the UFOs: “There was a red band which turned wine in color, then turned purple, several minutes later it was gold.”

She says the UFOs did not frighten her, “I was happily excited about the beauty of the thing. I never was afraid. I had no fear – just excited.” 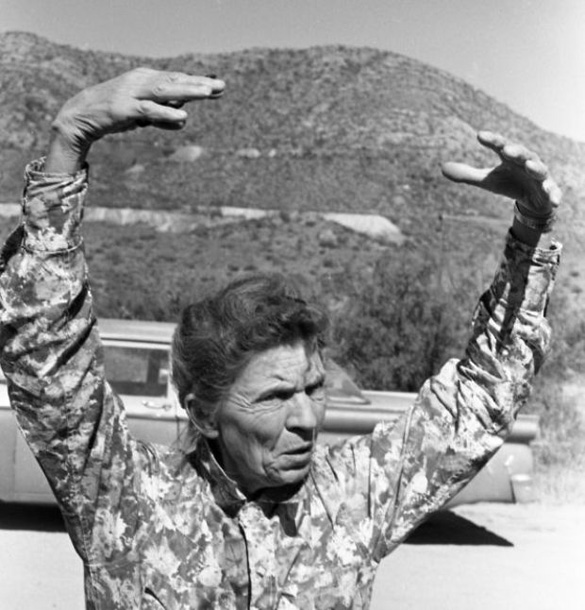 Witnesses said the UFO left burns on the side of the mountain. William Mayfield, the operator of the Gleeson Museum, examined the burned rocks and cacti in the area. He said the scorched rock was too hot to touch 48 hours after the incident. He also reported a “queer, acid-like smell” that was “nothing like our fuels smell.” 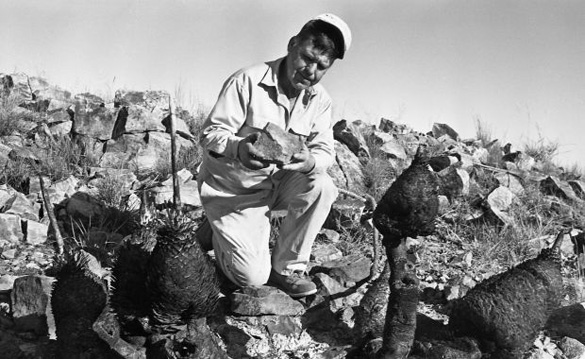 Some suggested that the burned areas could have been caused by strange rituals performed by a nearby “hippie camp.”

Inquiries were made to the nearest military base, which was the U.S. Army installation at Ft. Huachuca, but the reporter was told, “The Air Force has that responsibility.” 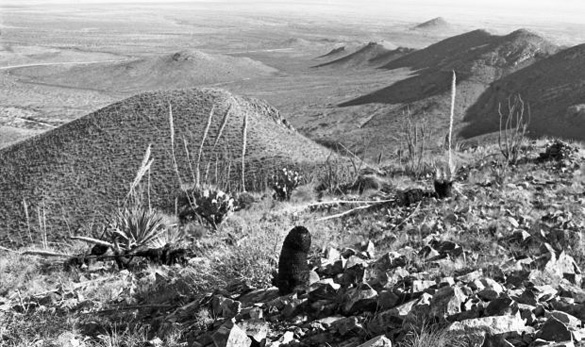 The view from atop Browns Peak in 1968. The scorched earth allegedly caused by the UFOs can be seen in the foreground. (Credit: Arizona Daily Star/Tucson Citizen/Dan Tortorell)

According the Arizona Daily Star, the town of Gleeson was home to the miners at the Copper Belle mine, which provided copper during WWI. The mine closed in 1930 and the Gleeson post office closed in 1939, leaving Gleeson another deserted ghost town in the dry deserts of Arizona. 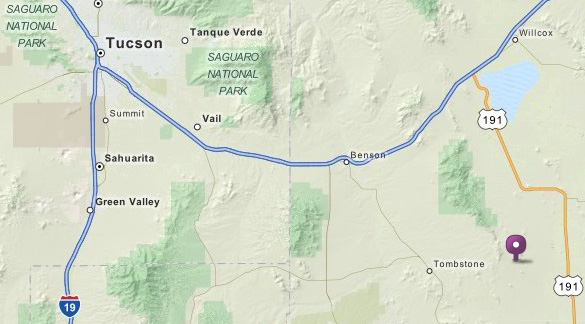 Map of Gleeson in relation to Tucson. It is about 100 miles to the southeast. (Credit: Mapquest) 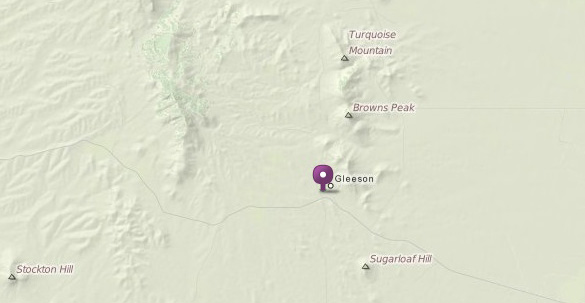 Map of Gleeson and its proximity to Browns Peak. (Credit: Mapquest)