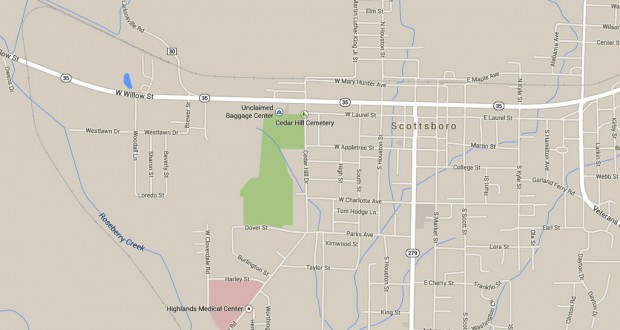 Scottsboro is located 30 miles each from the state boundaries of Georgia to the east (Dade County) and Tennessee to the north, about 45 miles from Huntsville, Alabama, to the west and about 55 miles from Chattanooga, Tennessee, to the northeast. (Credit: Google)

An Alabama witness recalls a UFO encounter near Scottsboro when “an intense white light” engulfed the vehicle he was driving and shut off the car, street lights and watches, according to December 10, 2014, testimony in Case 61905 from the Mutual UFO Network (MUFON) witness reporting database.

The events occurred in April of 1981 when the witness accompanied his fiancée and her parents to visit the fiancée’s brother and family in Scottsboro.

“I drove the entire distance in her father’s car, a late model Olds Cutlass coupe,” the witness stated. “We had been visiting and talking into the night and I had a beer or two. It began to get late and my fiancée (now wife, Anna, of over 33 years) and I were to go stay with her brother’s in-laws in town.”

The witness described the area.

“Her brother lived in a log home on a peninsula into the back waters and main channel of the Tennessee River at Roseberry Creek. It was populated with some street lights, but not many. The evening was clear with few clouds and a partial full moon. 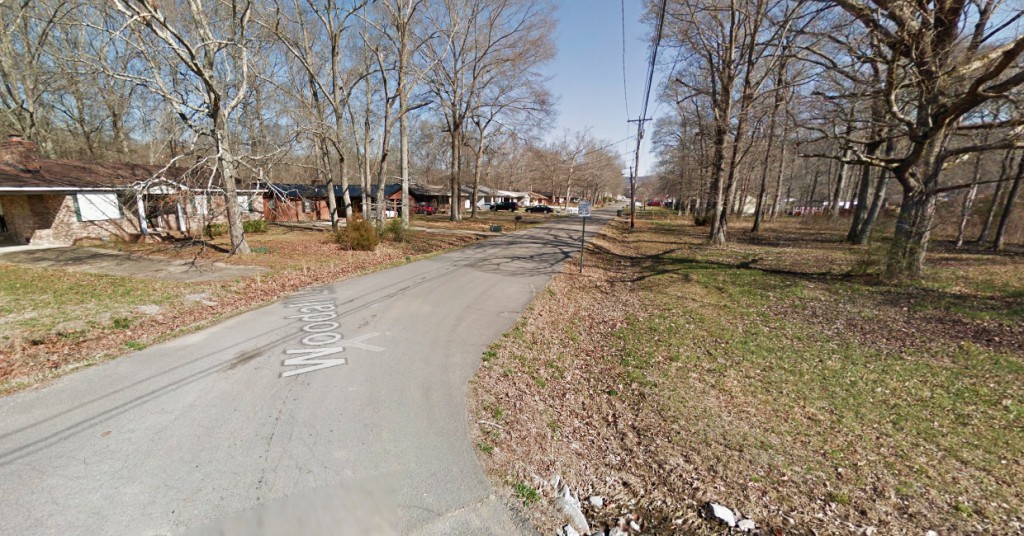 As the white light engulfed the vehicle, the engine shut off. Pictured: Scottsboro, AL. (Credit: Google)

“It should also be noted that just up the Tennessee River, in Stevenson, was, at that time, a nuclear reactor project which was in the process of being built in Hollywood, just to the north of the location of this incident, the Bellefont reactor project.

“I am not sure if there was any nuclear material at the site at that time, as the unit is still unfinished. Another site just north of the Bellefont unit, at Widow’s Creek, is coal fired and likely being shutdown.”

The witness describes the road trip.

“At around 11:30 p.m. we left her brother’s house and began the 5-7 mile trip to the in-law’s house. After about a quarter-mile the car began to knock and shut off. The radio stopped and shut off. At the same time, a bright white light appeared over the tree line just off the road to the right – approximately to the northeast.”

The sounds of Mother Nature disappeared.

“We had the windows cracked about two inches and noticed no crickets which we heard upon leaving the house and entering the car. The road is narrow at that point, with water on the left side and a house just prior to it. There is a street light at that point, which had also turned off when the bright light appeared.”

The witnesses did not understand what was happening to them.

“As the intense and blinding white light shone upon us through the windshield with us trying to peer up and find out what was going on, Anna asked if we should get out to see.

“I said, ‘No,’ also mentioning that we should stay buckled in and lock the doors, forgetting about the windows being partially down.”

They then noticed another anomaly.

“I looked at my new Seiko LCD watch and it had stopped, as the screen was blank and even the internal light would not work when I pressed the button. Anna’s battery powered analog watch even stopped. I don’t remember the exact time, though.” 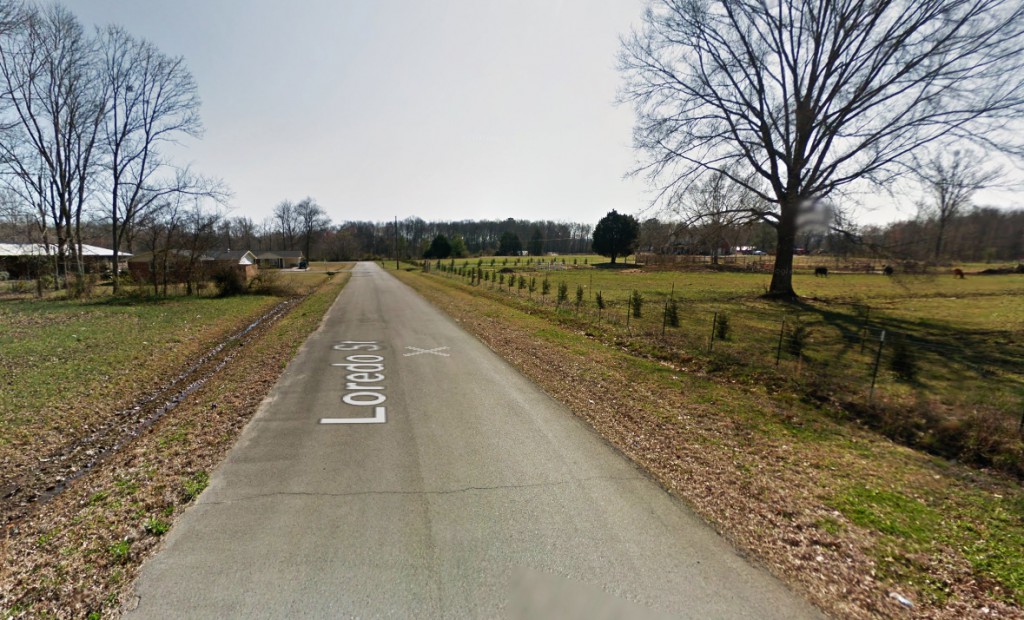 The two witnesses also noticed that streets lights were shutting off and that their watches had stopped. Pictured: Scottsboro, AL. (Credit: Google)

Then the light vanished.

“After what seemed to be an eternity, the bright white light simply disappeared. No noise of any kind was heard until the radio came back on and the crickets began to chirp again. We looked at each other in shock at what had just occurred. I remember her watch having restarted, but was about 10 minutes ahead and thought that was very weird since the second hand had stopped when I looked at it while the light was present.”

The witness had to restart the car.

“I started the car after putting it in park. Apparently, I must have let the engine help slow us to a stop after the vacuum from the power brake booster was spent from my heavy braking. We continued on our journey to the in-laws and agreed to not speak a word of our experience as we thought people would think us crazy.”

They then learned that other family members had experienced something similar.

“Many years later, in 2007, while in Chicago visiting her youngest niece from Alabama who is now an ER doctor, we mentioned the above story to her from 26 years prior. She was not amazed as her grandparents whom we stayed with on that visit in 1981, had also experienced the exact same situation in the same location numerous times. They are both now deceased and cannot corroborate or tell their stories.”

The witness says they had information about UFOs prior to this incident.

“While I believed in UFOs before 1981, a now deceased uncle worked with the USAF’s FTD group at WPAFB here in Dayton and was elusively frank with me when describing Project Blue Book, using a non-denial denial phrase to let me know about this subject, I had never thought much about it for about 12 years. I don’t believe I was influenced by any unconscious belief in UFOs with this experience in April of 1981. However, since that time, both my wife and I are avid believers and do not push aside many stories of similar or more involved sightings. Sure, the government could be working on secret projects and the like, but that only begs the question: Where did they get the technology so quickly?”

Scottsboro is a city in Jackson County, Alabama, population 14,770. The above testimony was edited for clarity.