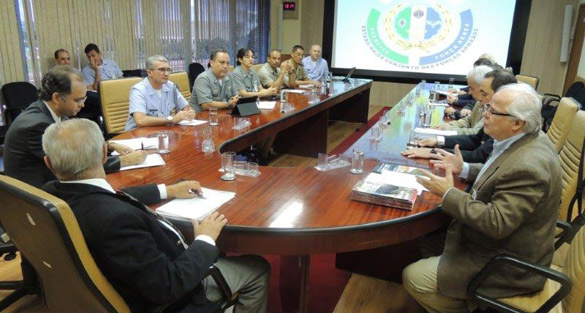 The discussion centered on access to military documents regarding UFO investigations. Although the Brazilian government has released over 4500 documents, some of the files regarding the more famous cases have yet to be declassified.

According an article by the Brazilian Ministry of Defense, A. J. Gevaerd, Brazilian UFO Magazine’s editor, told the military representatives, “Many questions remained unsolved about famous incidents such as the Varginha Case, the Mearim corvette incident and the Trindade Island sightings.”

The Secretary for the Ministry’s Institutional Coordination and Organization, Ari Matos, reassured the group that the documents are going through the proper procedures for release and will be released in accordance to Brazil’s Access to Information Act (LAI). 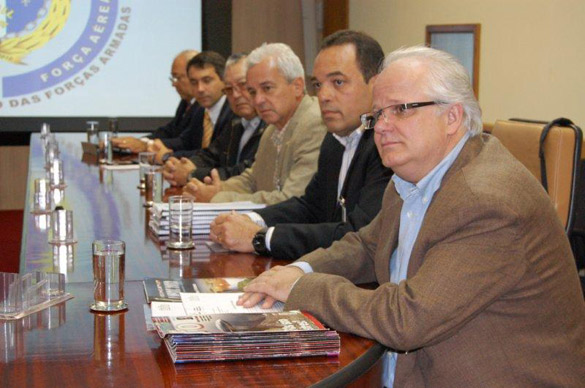 The meeting lasted about 75 minutes, and everyone seemed satisfied with the results. Matos told reporters, “LAI has opened to the general public the possibility of accessing a great deal of information produced by the government. A regular means of contact must be created to suit the needs of both the UFO researchers and society in general.”

Gevaerd wrote, “For the first time in history a Ministry of Defense of a country has officially invited UFO researchers to discuss the UFO Phenomena, how to handle its investigation and the information it may come from it.”

Gevaerd was not the only Ufologist present who was pleased with the meeting. “Today is a Day to remember in the history of Ufology,” said Fernando Aragão Ramalho, from UFO Magazine. “Never before did a country’s Ministry of Defense summon Ufologists to a formal discussion about flying saucers. We are optimistically standing at the door that has been opened to us, and we expect to move forward with our discussions.”

The meeting was the result of a petition created during a Brazilian UFO conference held last December, and sponsored by the Brazilian UFO Magazine. Among other points, the petition asked that the Brazilian government take UFO sightings seriously and that they declassify all of their files regarding UFO investigations. The petition was signed by the 30 speakers at the conference, who represented 15 different countries, and the over 600 attendees.