On 2 January 1975, while vacationing in Hawaii, Michael Lindstrom and his wife observed a strange square-shaped object flying in the cloudy sky above. It was 14:45 and they were lying on the beach at the Kauai Sands hotel on the east side of the Kauai Island, when Mrs. Lindstrom spotted the unusual object in the sky. 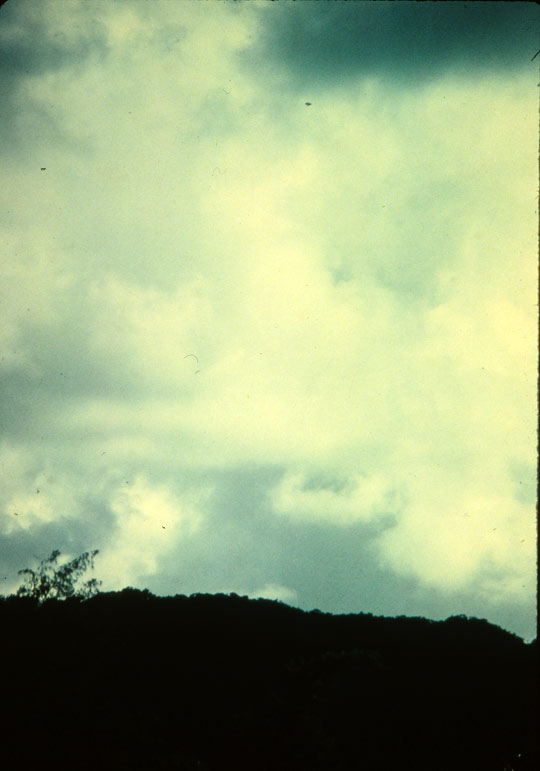 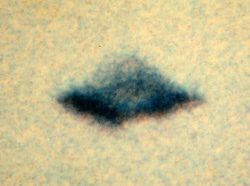 Close up of the craft

She watched it for about 45 seconds as it moved slowly down the beach towards her, and then ran down the beach to where her husband was taking pictures and pointed it out to him. It was close enough then for them to see it very clearly. 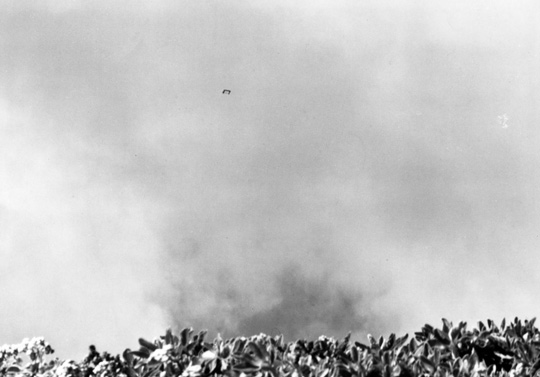 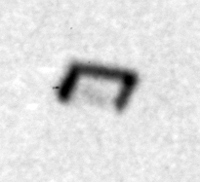 Close of the Kauai Sands craft 1975

It emitted no sound as it moved slowly, at about the speed of a helicopter, and diagonally to the direction of the wind. Its shape when viewed from below was that of a square. The center was white or silver in color and it had a black stripe around its perimeter. From the side it appeared to have a dome on the top and bottom. There vaguely appeared to be a row of lights along its upper edge. 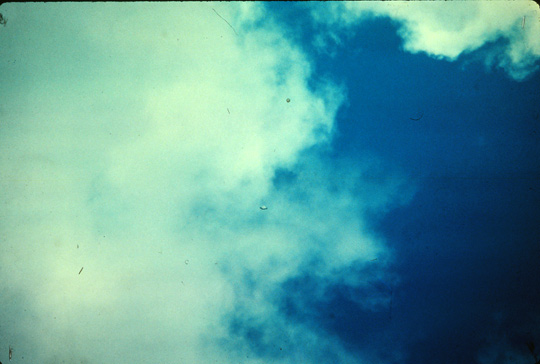 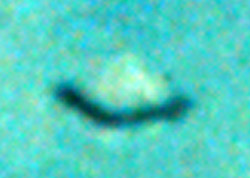 Enlarged photo of the craft.

It was difficult to determine its altitude exactly, however it was observed below the clouds and above the mountains. It was estimated to be at about 5,000 feet and one mile distant. Lindstrom estimated its size to be about 25 feet from point to point, and it was traveling with one point forward. The UFO passed about one mile inland as they observed it for about two minutes and took 3 color slides on fine grain Kodachrome II film. 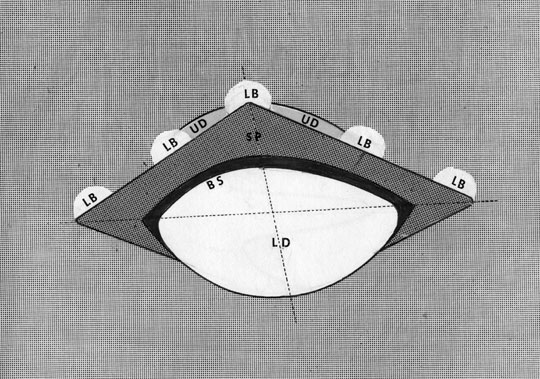 A reconstruction of the craft.

A Pentax Spotmatic 35mm camera with a 135mm telephoto lens was used. Extreme “blow-up” of the images confirmed the details mentioned by the witnesses.