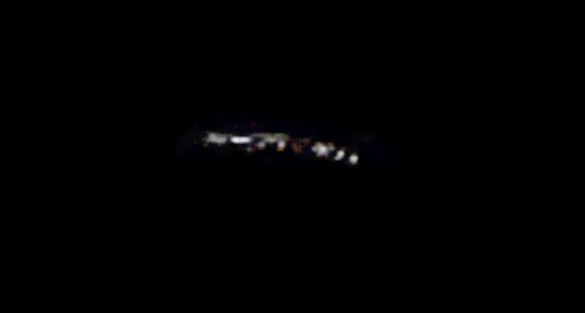 UFO in photo over Australia spotted by several witnesses

Several witnesses in the area of Newcastle, Australia spotted a UFO Friday night, including a journalist for the newspaper that reported on the incident and posted a photograph of the mysterious object.

Richard and Tina Hardy say they were left speechless by the UFO they saw on Friday night at about 8:50 pm. They live in Belmont, a suburb of Newcastle, and they saw the object over nearby Lake Macquarie. The couple were out for a walk when to the north they saw ‘‘the brightest blue light you have ever seen.’’ Mr. Hardy told the Newcastle Herald:

At first I thought it was a flare, it was such a solid glowing blue.

It came in from the north-west then slowly descended, and then it changed quickly from blue to red. Then it shot straight up for a couple of seconds and my wife reached for her [iPhone 4S] phone camera and it changed back to blue then shot over towards the south-west.

Mrs. Hardy said she was surprised by the photo she took because it is a different color than what she saw. She said, ‘‘It was blue when I photographed it but white when I looked at it in the photo.’’

Ian Kirkwood, reporter for the Herald, describes the photo as, “a bright row of white lights along what looks, to this writer, like the leading edge of a boomerang.”

A second family made a similar report of what the Herald believes was the same object. This sighting was from the nearby town of Valentine, and according to the Herald, they were also unable to come up with a rational explanation for what they saw.

A third witness actually works for the Herald as a journalist; Jim Kellar was reluctant to admit he saw the object. However, he says he believes he watched the same UFO for 15 minutes from the verandah of his house in Valentine.

According to the Herald, “He saw it as red, and turning to yellow, and moving low on the horizon to the south-west, where it disappeared and re-appeared, moving faster at times than aircraft would appear at the same distance.” 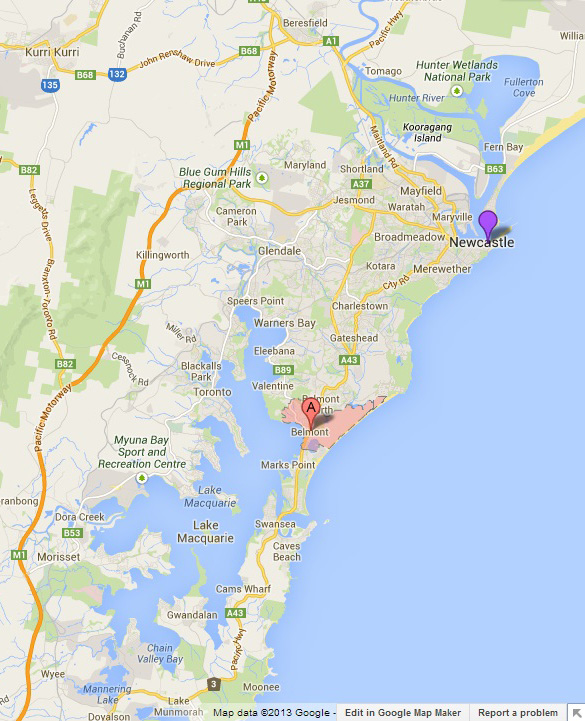