Home / Articles / New Jersey UFO photos taken during 1952 UFO wave
On 29 July 1952, at about 4:30 P.M. Mr. George Stock and a friend, John H. Riely were in Stock’s back yard when they spotted a strange aircraft approaching. 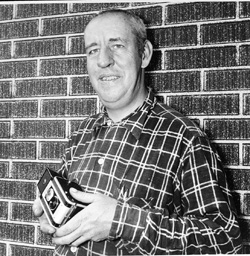 On 29 July 1952, at about 4:30 P.M. Mr. George Stock and a friend, John H. Riely were in Stock’s back yard when they spotted a strange aircraft approaching. Stock told his friend to keep an eye on it and ran in to get his camera. He returned in time to take 5 very clear photos of a solid, metallic-looking disc shaped craft in flight. It had a semi-transparent dome on top, and was estimated to be about 29 feet in diameter. It was a bluish-gray metallic color with a sort of greenish blue color to the dome on top. It traveled slowly at about 200 feet above the ground, slowed, hovered momentarily, and then accelerated and flew away. After it had passed overhead, Stock began running after it as he was taking the last pictures, which resulted in the frames being somewhat tilted.

Although these photos are among the most clear pictures of legitimate UFOs ever taken, they did not get the attention they deserved because of their timing. They were taken during the crest of the 1952 wave in the eastern part of the USA, about the time that the intelligence agencies asked police and all public information agencies and news services to discontinue carrying and reporting UFO stories because the intelligence channels were being clogged by the number of reports. Some 700 reports were logged that month and many photos were taken. This was also the time of the mass fly-over of Washington, D. C. and the Capitol by UFOs.

These photographs were printed in The Morning Call, Vol. CXLI, No. 28, Patterson, New Jersey, for Friday, 3 August 1952, and were not carried forward by the wire services. I have only an incomplete clipping which says, “John H. Riely, 28, of 571 Main Street, is a photographer who believes a picture is worth a thousand words, as the saying goes. So into the Call office he came last night as the phone rang with reports of flying saucers in this area, to produce photographic evidence, according to him, that there are —(clipped) —of a mysterious thing he said he and friend George Stock spotted yesterday evening over Stock ‘ s house at 381 Brooks Ave., Passaic. According to Riely, the saucer was traveling southeast at a leisurely speed when it was spotted by — (clipped) — hovered overhead about 200 feet from the ground for several moments. It was so near, Riely said, it could have been hit with a rifle. He described the disc as being about 25 feet in diameter, and grayish in color, with a large dome jutting from the upper side of —.”

The newspaper had the photographs examined and received a report that a fairly large object was actually photographed at about the estimated distance from the camera. Mr. Stock was the one who actually took the photos.

No attempt was made to further publicize the photos, and they are not even mentioned in most of the material published at that time. 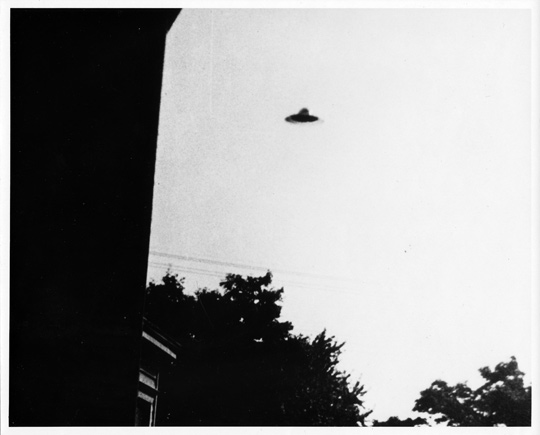 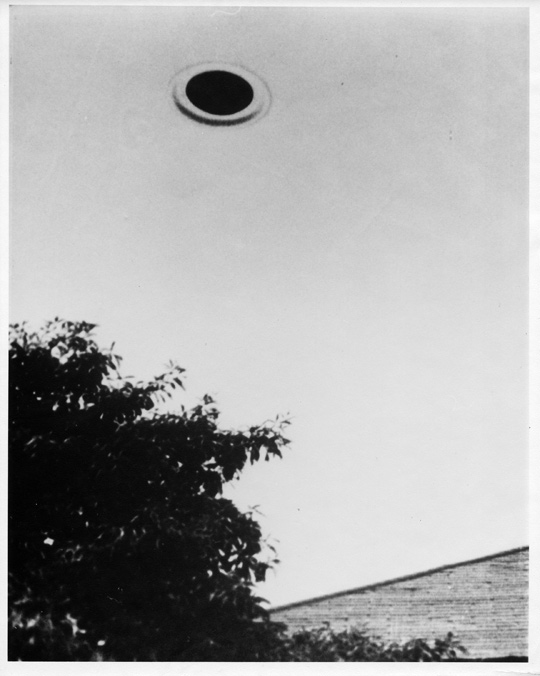 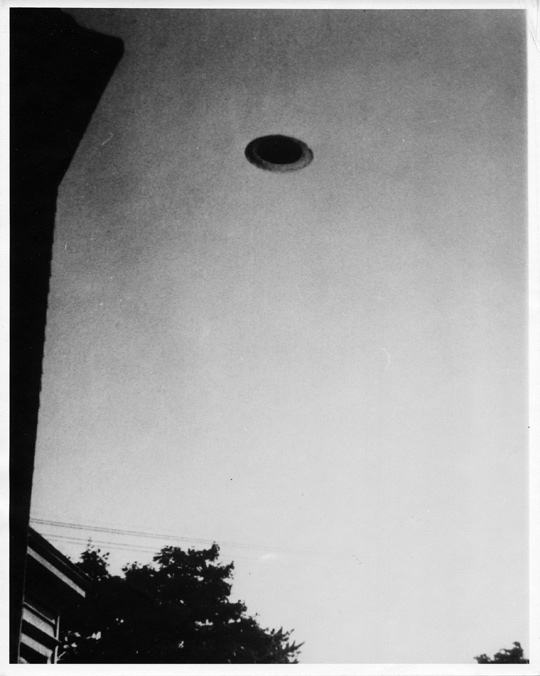