Home / Featured / That UFO might be a satellite killer 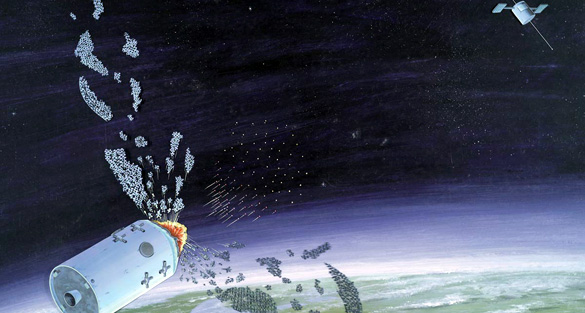 Among the many things one sees while star gazing, satellites can be some of the most fun and are often mistaken for UFOs. The savvy UFO researcher knows what websites or phone apps to use to find out what satellite they might have seen. However, a recently launched Russian satellite is maneuvering around the sky, and has some speculating that it might be a satellite killer.

The satellite known as 2014-28E was launched on May 23, 2014. The cargo of the rocket included several satellites, most military communication satellites. In fact, 2014-28E was originally thought to be space junk. Then it began to move. 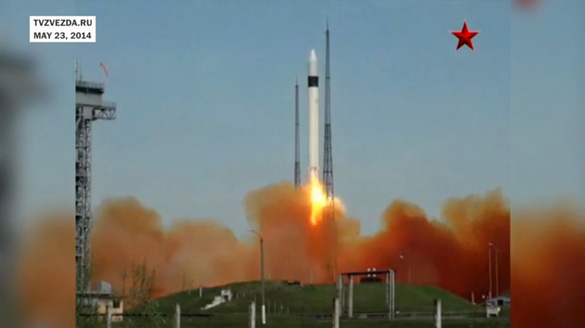 The Washington Post wrote, “space experts and amateur sleuths have been closely tracking its movements, each of which has been deliberate and precise.”

2014-28E first began to maneuver towards other Russian space objects, then it navigated towards the remains of the rocket that brought it into space. The Russians did not declare the satellites orbit, and there has been a lot of speculation as to what the satellite is.

Space security expert Patricia Lewis told The Washington Post, “I have no idea what it is!”

Lewis was also interviewed about the satellite by The Financial Times. “Whatever it is, [Object 2014-28E] looks experimental,” Lewis told The Financial Times. “It could have a number of functions, some civilian and some military. One possibility is for some kind of grabber bar. Another would be kinetic pellets which shoot out at another satellite. Or possibly there could be a satellite-to-satellite cyber attack or jamming.”

Russia did have an anti-satellite weapon program, but it was shut down at the end of the cold war. It was called Istrebitel Sputnikov (IS), Russian for satellite killer. However, their military officials have said they would revive the program if relations with the west deteriorated. And relations certainly have gone sour. As recent as 2010, the commander of Russia’s space forces Oleg Ostapenko said they were beginning to again develop “inspection” and “strike” satellites. 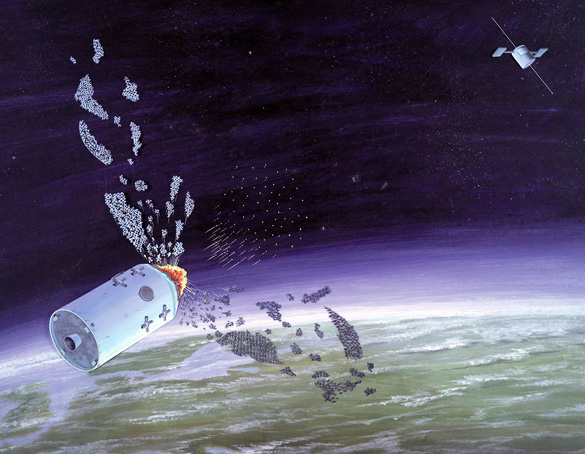 DIA artwork showing their best guess at the layout of the Soviet IS anti-satellite weapon. (Credit: Defense Intelligence Agency)

Max White, a member of an organization of astronomers called the Kettering Group, told The Financial Times, “The experiment was linked to the possible use of a remote capture arm and close proximity operations.”

White says, “Both can have peaceful as well as military nuances, with the former for refuelling in space, and the latter for disabling an active payload belonging to a foreign nation, potentially without causing a debris cloud.”

So when we spot a UFO high in the night sky, it could be a secret military craft. The secret unmanned US Air Force Space Command space shuttle that spends months on end in space has made a lot of news lately. Who knows what else is up there. But, rest assured it is up there.

In 2010, Ostapenko told Popular Mechanics the Russians are ready if there were to be a war in space. He said, “There should be no war in space, but we are military people and should be ready. … Trust me, we would be able to respond quickly and adequately.”