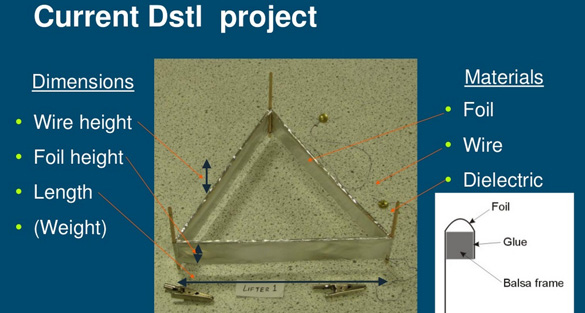 In the recent batch of UFO files released by the UK National Archives, among the masses of letters sent to the British Ministry of Defence (MoD) asking about extraterrestrials, one also asks that the MoD to release the truth about anti-gravity technology that is being hidden from the public. The MoD boffins replied that they do not currently have any anti-gravity projects, but they are aware of and monitor research in this field.

The letter in question is quite lengthy and asks that the truth about extraterrestrials and anti-gravity being hidden from the public be revealed. It was sent in January of 2009 to Anne Moffat, a Scottish Labour Party politician, who was then a member of the British Parliament. She forwarded the email to the MoD for a response. The files show that someone in the MoD then asked the science division for help answering the bit on anti-gravity.

The reply was rather interesting. They wrote:

Although the MoD is aware of anti-gravity and gravity modification research, the Department does not currently have any research programmes into this field. The MoD does continue [to] monitor these types of development through our Horizon Scanning activities to assess whether such technologies could be of any benefit to defence in the future.

The letter also suggested that the reader review an article on anti-gravity written by a member of the Defence Science and Technology Laboratory (Dstl), a science department of the MoD. The referenced article was not attached, and the link appears to be of a file that resides on the UK government’s internal network. Ultimately, any discussion of anti-gravity did not make it into the standard UFO response that was sent to Moffat.

However, further research does show that Dstl has shown some interest in some of the more controversial theories on anti-gravity. This is all part of what they call Horizon Scanning. One Dstl document defines Horizon Scanning as:

The systematic examination of potential threats, opportunities and likely developments including but not restricted to those at the margins of current thinking and planning. Horizon scanning may explore novel and unexpected issues as well as persistent problems or trends.

This all has to do with the philosophy of looking at ‘low probability/high impact’ areas, where the chances of a breakthrough discovery are slim, but the payoff is huge if something does turn up. So the philosophy is that you have to be in the game. The other aspect of this is that the only thing worse than not making a game-changing discovery is for somebody else to make it, especially if it’s an unfriendly foreign nation. This is another reason why governments look at ‘weird stuff’ like UFOs, remote viewing, invisibility and anti-gravity.

In a Dstl document from 2005, created by R.L. Jones, some of these technologies are explored. The technologies are called “outside of the box,” and “high-risk high-gain developments.” Some of the anti-gravity technologies include gravity shielding, the Casimir effect, and asymmetric capacitors, also known as the Biefled-Brown effect. The later is explored more in-depth in what is referred to as “lifter” technology. 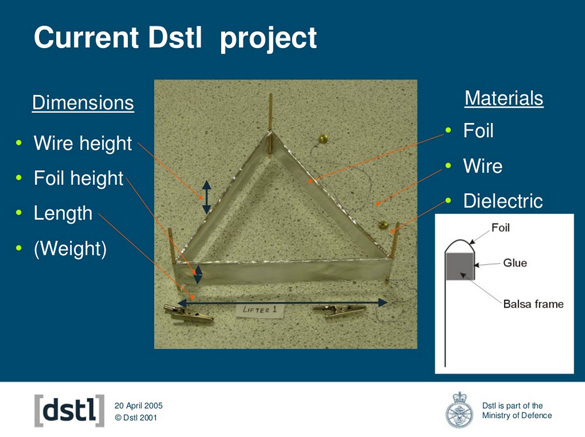 Lifters are simple devices made out of wire, balsa wood, aluminum foil, and a high-voltage output device. It is argued that these devices demonstrate the Biefeld-Brown effect, and prove this to be an anti-gravity technology. However, it is also suspected the lifting effect is due to the device causing air to move, and not anti-gravity. An episode of Myth Busters tested lifters in a vacuum and could not get them to work, demonstrating to the Myth Busters that there was not a true anti-gravity effect. Jones’ document shows that Dstl built lifters of their own, and he often references the free-energy work of Jean-Louis Naudin, of JNL labs.

Either way, although the MoD has shut the door on UFOs, they may still be open-minded about other unconventional sciences. As Jones explains:

A large proportion of the claims made may be down to poor science/experimental procedure, a sub conscious willingness, nevertheless if any are true then the consequences could be far reaching.

BTW, just in case you were wondering. Boffin is British slang for a scientist or engineer. 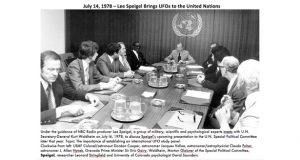