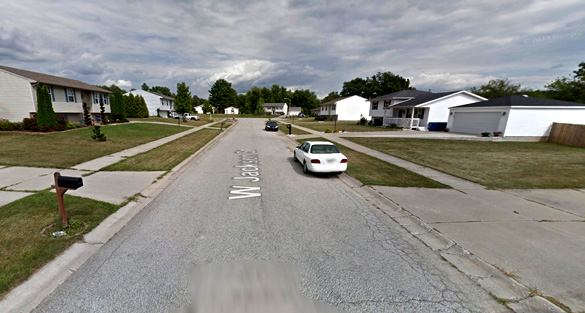 An Indiana witness at Hebron reported watching a metallic, oval-shaped object that seemed to turn into a rectangle and soon disappeared, according to testimony in Case 70472 from the Mutual UFO Network (MUFON) witness reporting database. 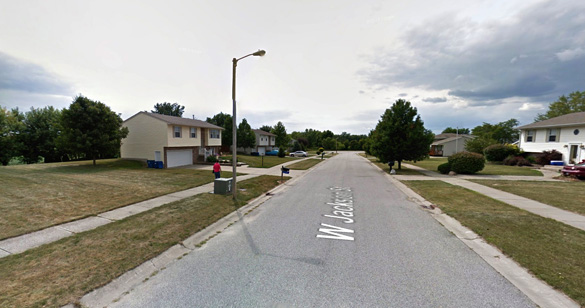 The witness reported an object that first appeared to be oval-shaped on September 13, 2015. Pictured: Hebron, Indiana. (Credit: Google)

The witness was driving home at the time northbound along County Line Road near Hebron at 6:35 p.m. September 13, 2015, when the object was first seen.

“I observed in the northwest sky a very bright, solid, metal-looking object that was very shiny, round and oval,” the witness stated. “The sun was setting yellow and orange. The object was a very white, bright light which drew my attention. It stayed traveling on a southeast trajectory.” 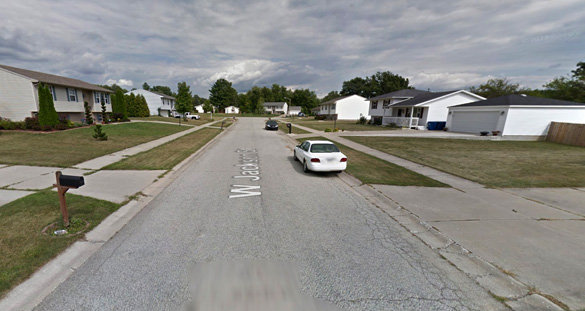 Near the end of the sighting the object was reflecting light and appeared to blend into the sky. Pictured: Hebron, Indiana. (Credit: Google)

The witness continued to watch the object as it moved slowly towards the sunset from his perspective.

“Not actually towards the sun per say. It then turned slowly and it appeared to be a distinct, rectangle flat with sharp lines and pointy corners and very shiny reflective surface –no longer a white light, but reflecting the colors of the sunset as if it was trying to blend into the background.”

The object then suddenly was gone.

“Then it just disappeared in the blink of an eye. It was gone. No trace. I scanned the entire horizon and no more object. I observed it for approximately 1.5 minutes. The sky was clear at sunset.”

Indiana Assistant State Director Ned Delaney investigated this case and closed it as an Unknown. 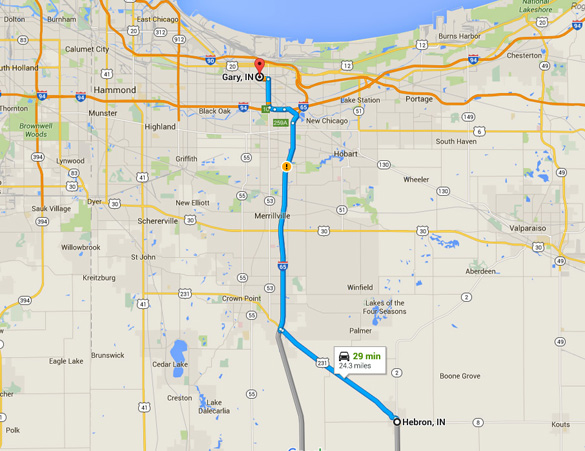 Hebron is a town in Boone County, Indiana, population 2,969. Please remember that most UFO sightings can be explained as something natural or man-made. The above quotes were edited for clarity. Please report UFO activity to MUFON.com.