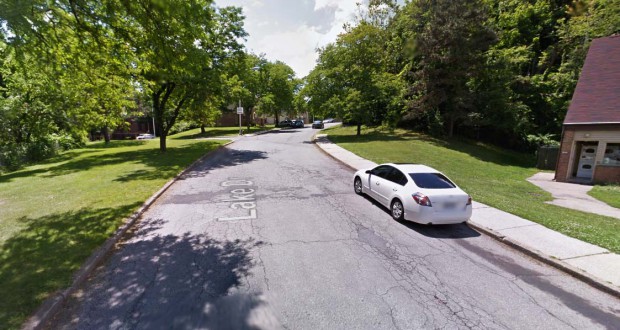 The round, circular object was caught on a sky cam by the witness. Pictured: Newburgh, NY. (Credit: Google)

A Newburgh, NY, witness reported videotaping a round UFO on a security DVR system, according to testimony in Case 59920 from the Mutual UFO Network (MUFON) witness reporting database.

The witness has four cameras set up outside for sky watching and data is analyzed the following day after all the footage is recorded using a Security DVR.

“On the evening of September 16, 2014, at approximately 9:08 p.m. EST, a round, circular object was seen on Camera 4 moving from the east to west directly overhead,” the witness stated.

“The object was near or at cloud level, left no visible trail and had no navigation lights. The object was quite large and when it passed through or close to clouds, it created a round, tight ring around it. It seemed to be rotating due to the tight ring of clouds that surrounded it.”

The witness also mentioned one unusual characteristic of the object.

“It also seemed to be emitting some type of energy or particles as it traveled to the west. It made no sound and the camera lost the object after it moved out of view.”

The witness uploaded one video with the MUFON report, which was filed on September 19, 2014.

Newburgh is a city located in Orange County, New York, population 28,861. MUFON New York is investigating. New York has a current UFO Alert Rating of 3 with a high number of recent reports nationally. New York had 39 UFO reports in August 2014 – the 3rd highest reporting state – while California had 99 reports as the highest reporting state. The above quotes were edited for clarity. Please report UFO activity to MUFON.com.