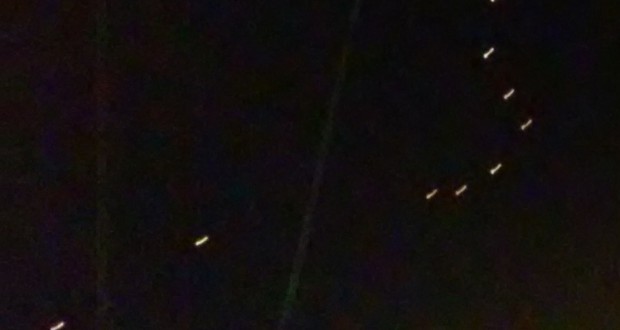 A Pennsylvania witness at Philadelphia reported watching and photographing a group of lights moving in a boomerang formation that could not be identified, according to testimony in Case 63646 from the Mutual UFO Network (MUFON) witness reporting database.

The witness was driving northbound along Frankford Avenue in northeast Philadelphia about 7:38 p.m. on February 26, 2015, when the lights were first seen.

“Noticed lights swirling around and had to look twice because there were wires on both sides of the street and directly above for electric buses,” the witness stated. “I thought it was reflections of some sort at first.”

When the witness realized the lights were not reflections, he pulled over for a better look. 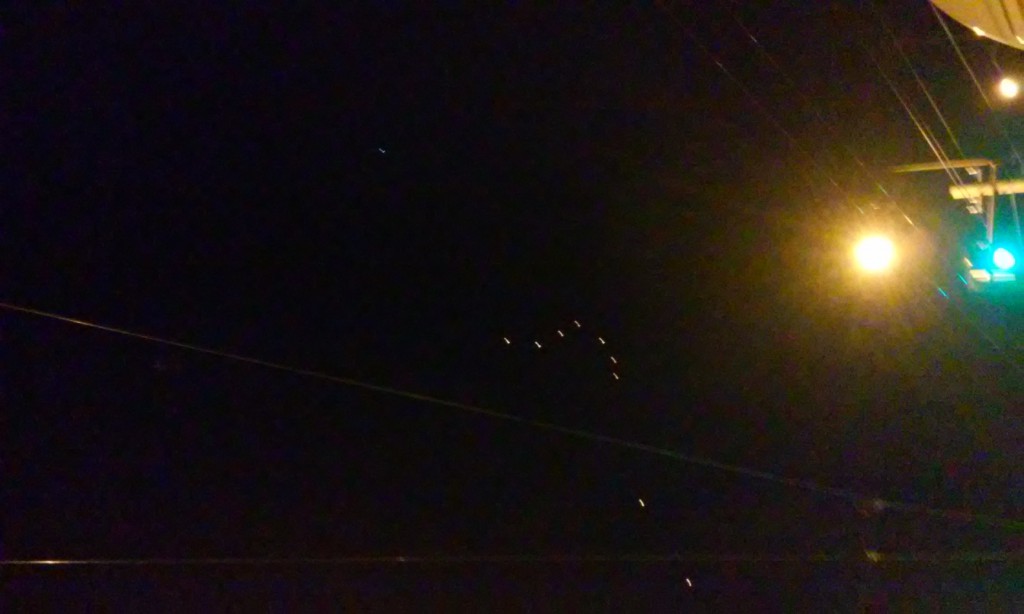 “I took some video and photos until they disappeared into the sky where I could not see anymore.”

The witness reports that the video is poor, but two photos show the V-pattern. The witness included two images with the MUFON report, which was filed on February 28, 2015: Image 1 and Image 2.

Philadelphia is the largest city in the Commonwealth of Pennsylvania and its only consolidated city-county, the fifth-most-populous city in the United States, population 1,553,165. 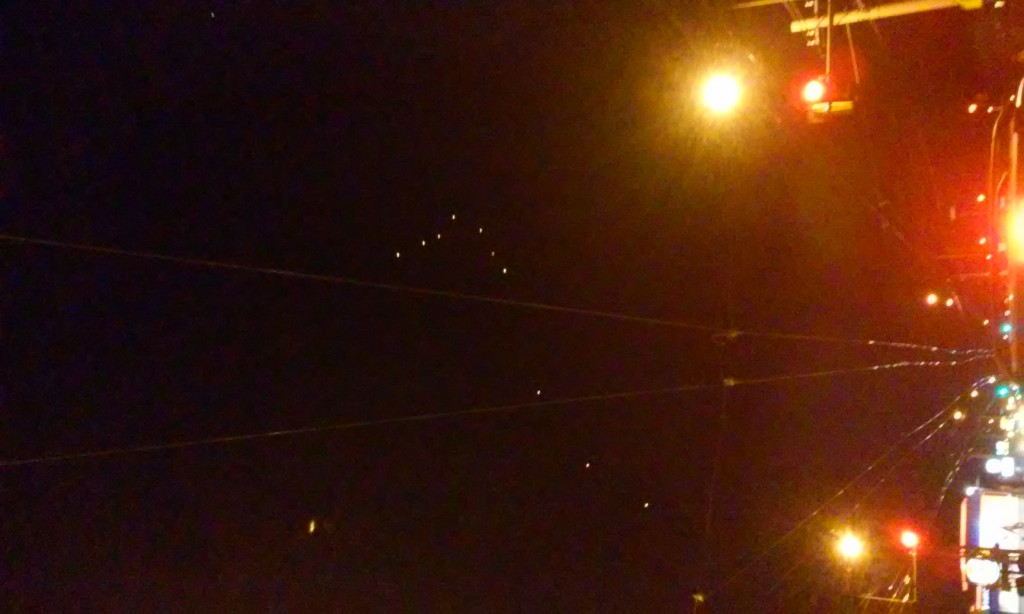