Home / Featured / UFO at PGA tournament might be a birdy 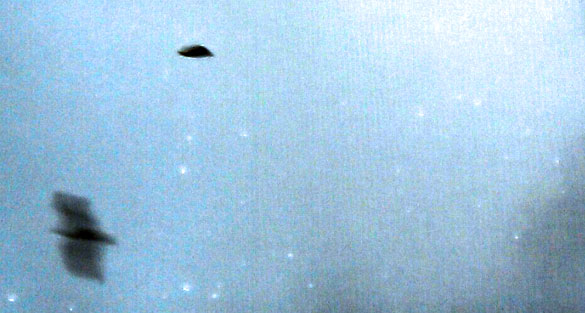 A golf enthusiast saw what he thinks might be a UFO in the coverage of The Player’s Championship. He posted some pictures and a video in a sighting report for the Mutual UFO Network (MUFON). However, according to The Huffington Post, at least one expert believes the UFO is probably a bird.

Lee Speigel of The Huffington Post wrote about the sighting and it has been picked up by several other news outlets since.

According to the sighting report in the MUFON sighting database, the witness saw the object while watching The Players Championship on May 9, 2015, at 1:45 pm. The witness says he is convinced the object was not a blimp. He writes, verbatim, “When you see the pictures, people may think ‘oh that’s a blimp’ but after seeing the blimp in other clips, i can easily conclude it’s not the blimp.”

“I also looked for other aircrafts [sic] flying by and nothing seemed plausible,” the witness added.

He noted that the object appeared to be reflective, and believed it to appear to be at a higher altitude than an aircraft that would be affiliated with the tournament. He says he rewound the video and watched it over and over and just could not figure out what it might be.

In the still image the witness provided, he says, ” you’ll see a golf ball, a bird, and the flash reflection, while the other object is the unknown craft.” 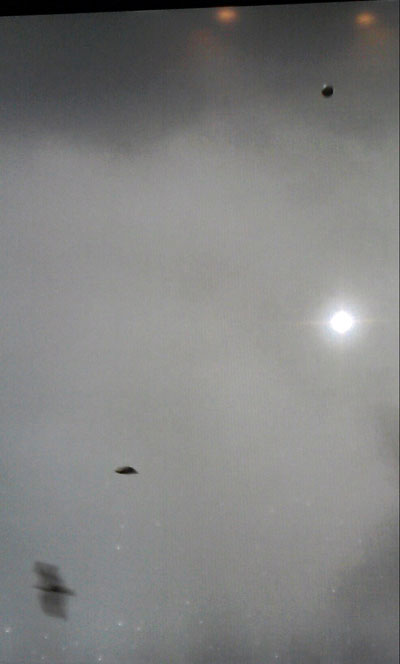 Image of the UFO provided by the witness. (Credit: MUFON)

Speigel asked MUFON’s chief image and video analyst, Marc Dantonio, to take a look at the video and lend his opinion. Dantonio did not find the object as mysterious as the witness did.

“If you watch the video carefully, you can see the object moving across the field independently of the ball,” Dantonio told The Huffington Post in an email. “You see the object change apparent ‘shape.’ After reviewing this object multiple times, I could clearly detect motion within it that looked to me indicative of a bird in the middle of a wing stroke.”

Dantonio added, “At one point, when the wings are in a particular position, the object presents a birdlike appearance, and as the camera zooms out, you can see a more definitive bird high in the sky with its wings outstretched.”

UFO pictures often turn out to be birds. A bird midflight can look elliptical. Often people will not make note of the bird, and then notice the odd shape later. In this case, the video is so short, that the object in question can only be seen shortly.

Dantonio concluded, “To me, these are birds in mid-flight. The bottom one in the still images is clearly a bird with fully outstretched wings. The one in the middle is the one that you can see changing in the video, and it has demonstrated to me, anyway, that it appears like a bird in flight.”