A recent video shows a car driving down a quiet street when, all of a sudden, a flash of light is seen and the car vanishes from sight.

The video was uploaded to YouTube on Friday, November 7 by user The Paranormal Frequency with the title, “UFO OVNI – Car Gets Abducted In Cavalier, North Dakota.” The only details provided with the video come from the video’s description that states, “A security camera in Cavalier, North Dakota caught this strange event that looks as though a car has been abducted by a UFO or something else?” 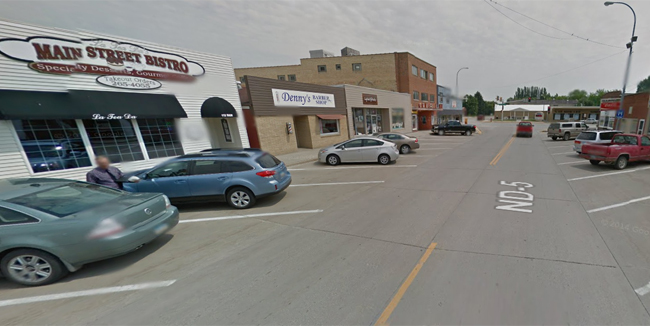 In the video, the car is shown driving toward the camera. Although the video’s description refers to this camera as a security camera, it is actually a city-owned live webcam located on Main Street and 1st Avenue in Cavalier. As the car approaches the camera, a bright flash and a strange droning sound occur, then the car disappears.

Although there appear to be many who believe the authenticity of this video, there are many red flags indicating that this incredible video is a simple hoax. 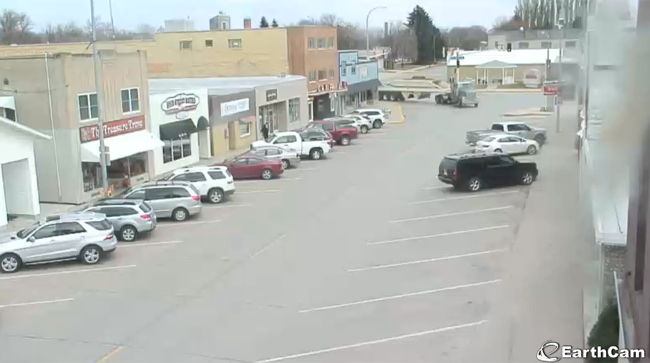 A shot from Cavalier’s live webcam. (Credit: City of Cavalier/EarthCam)

The first red flags are in the video’s title and description. Beginning the title with the words “UFO” and “OVNI,” which is the UFO equivalent in other parts of the world, suggests that the person who posted the video intended for the title to be sensational and wanted to attract attention. After all, there is no UFO/OVNI depicted in this video. Next, the poster added several keywords within the video’s description, including UFO, UFOs, UFO Sightings, and UFO Filmed, just to name a few. Again, the purpose of this is likely to attract viewers.

The YouTube channel on which this video was posted, The Paranormal Frequency, was just created on November 7, the day of the video’s upload. As of the date/time of this story, the channel only has one other video, which is titled, “UFO OVNI – Nephilim Alien Ghost Giant Caught On New Orleans Street Cam.” Again, notice the video features the words “UFO” and “OVNI” eventhough the video itself shows no UFO.

And The Paranormal Frequency hasn’t responded to any of the comments left on the North Dakota video. Instead, this user has posted comments containing links to other videos on YouTube: “UFO Caught During Live BBC News,” and “President Obama Shape Shifting Reptilian Proof (Reptilian Agenda).”

Looking at the North Dakota video, both the bright flash and the droning sound seem quite artificial. When looking at the moment the flash begins, there is no apparent source of the flash. Rather, all light sources appear to uniformly increase in intensity before the entire screen flashes white. This identical flash can be recreated with video editing software. Although some believe this would take an extremely skilled video editor with a million dollar budget and hours of time to create, I reproduced the effect to illustrate what basic editing skills and a couple minutes can easily accomplish.

Although the North Dakota video is not a definitive hoax, there is plenty of evidence making that possibility likely.