Two UFOs were recorded on video over Eagle Rock, California on June 27, 2011.

The witness submitted his video to Open Minds, which shows two seemingly aerial unidentified objects. These UFOs were seen near the witness’s home in Eagle Rock at sometime between 9:00 a.m. and 11:00 a.m. He noticed the first object, which he assumed was a balloon, while walking his dog. He noticed two other people watching the object as well. He ran home to grab his video camera, then began recording.

He describes that one UFO “shot out like a shooting star, but stopped and hovered.” He describes the other UFO as “more solid shape like a cigar traveling in one direction . . . behind the power lines.” He continues, “The UFO almost looks like it stops and then moves into the clouds and as you can see it is covered and the brightness of the UFO diminishes as it enters the clouds, which gives it a morph look to it.” 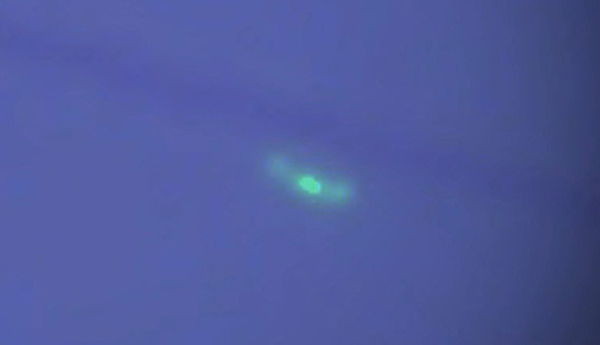 One of the UFOs recorded over Eagle Rock. (Credit: Wally E/YouTube)

The objects do appear strange on video, but their morphing appearance is a typical and expected result when a camera is zoomed in and trying to focus on something in the sky. Lots of digital noise makes it impossible to determine the actual shape of the UFOs. But although the hovering object resembles a balloon, and the moving “cigar” shaped object that flies behind the power lines resembles a conventional airplane, the witness is convinced the UFOs are more mysterious in nature. So convinced, in fact, that he has uploaded various versions of his UFO footage to YouTube with sensational titles like, “Meteor stops and turns into UFO,” and “UFO PROBE Invisible caught spying on inhabitants of Earth.” 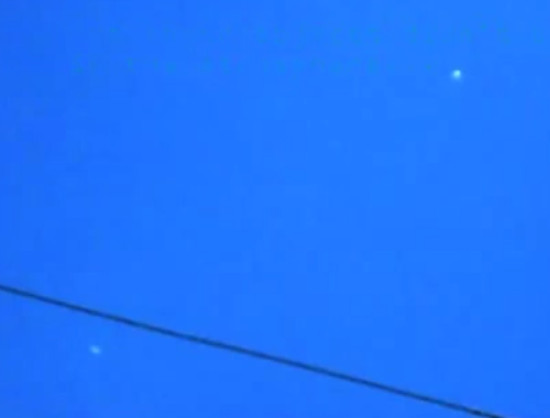 The witness also asserts that mysterious orbs appeared in security camera footage, and that one of these orbs was blocking him from going outside.

What are your thoughts about the UFOs over Eagle Rock? Share your comments with us below, or on the Open Minds Facebook page.