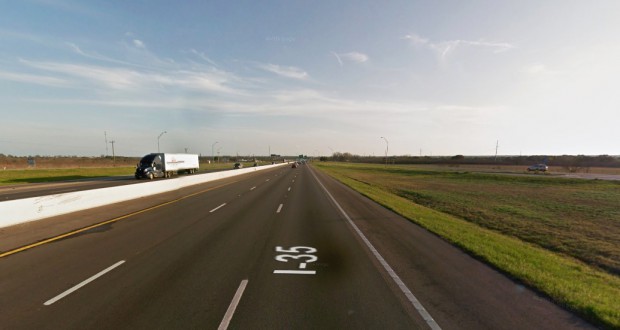 The two objects crossed over the highway at about 1,000 feet. Pictured: I-35 near Walburg, TX. (Credit: Google)

Two Texas witnesses northbound along I-35 between Austin and Dallas reported watching “two bright, shiny cylinder or cigar-shaped objects with rounded noses and tails” cross the highway ahead of them at approximately 1,000 feet, according to testimony in Case 63509 from the Mutual UFO Network (MUFON) witness reporting database.

The couple was north of Georgetown, TX, and had just passed Exit 268. 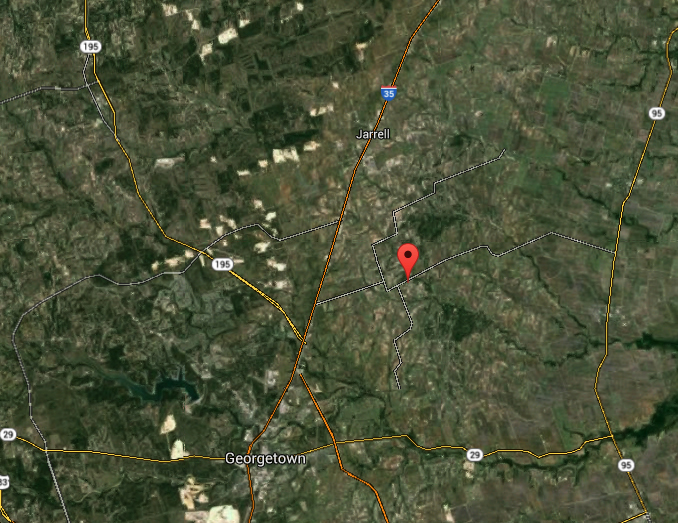 The witness were northbound along I-35 near Walburg, TX, when the two cylinder-shaped UFOs were seen crossing over the highway. (Credit: Google)

“They were identical in size, shape, and color. The shape and color of these two objects was contrasted against the blue sky. They were shiny—a bright white. There were no discernible wings, tails, landing gear, propellers, jet engines, windows, or lights. They were two cylindrical or cigar-shaped objects with rounded nose and tails.”

The witness described their movements.

“I believe the objects were two-to-three-miles ahead of us when I first saw them. They crossed just above the tree line traveling from west to east. They were in my field of view for five seconds and traveling at a high rate of speed.”

The witnesses’ wife was able to view the objects for a longer period of time.

“I pointed and asked my wife to look out her passenger window to see if she could see what I was watching. She watched the two objects for another 20 seconds until the topography to the east blocked her view. She said the objects did not alter their course, configuration, elevation, or speed—remaining quickly traveling to the east at a high rate of speed until they were no longer visible from her vantage point.” 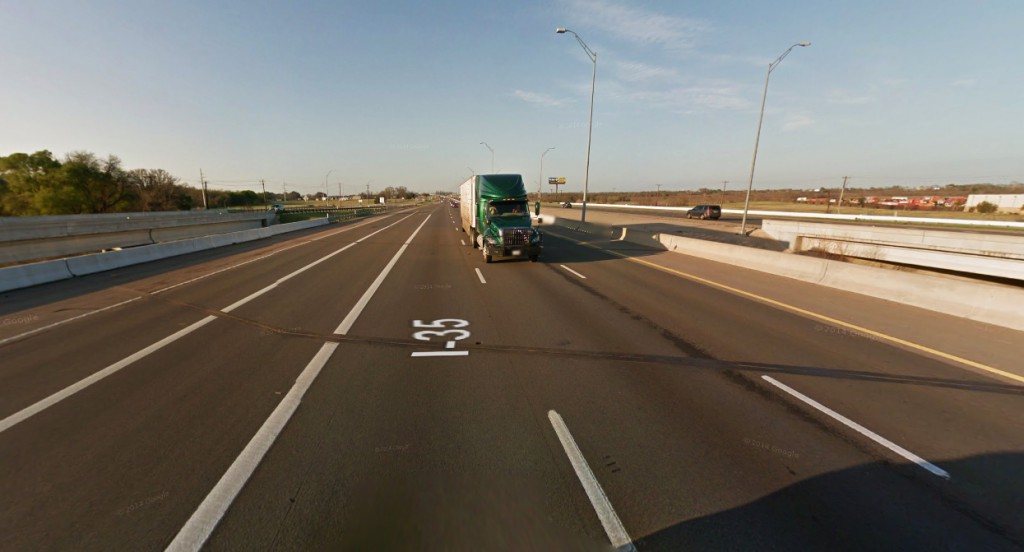 The witness said there was no discernible wings, tails, landing gear, propellers, jet engines, windows, or lights on the objects. Pictured: I-35 near Walburg, TX. (Credit: Google)

Texas is currently a UFO Alert Level 5 – with 1.00 sightings per million population based on MUFON January 2015 statistics. Texas received a total of 26 UFO reports in January.