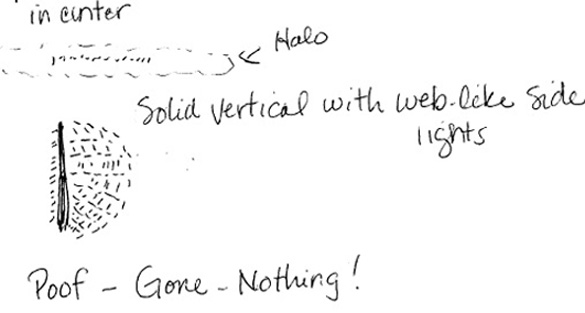 Two Riverside County, CA, witnesses reported watching strange lights in the sky they could not explain three hours and 10 miles apart from each other on June 18, 2014, according to testimony in cases 57165 and 57166 from the Mutual UFO Network (MUFON) witness reporting database. 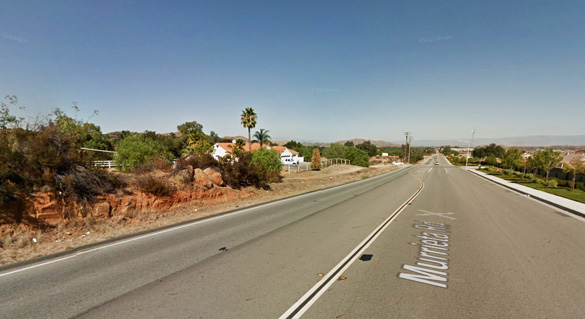 A witness in Murrieta, CA, pictured, saw an object on June 18, 2014, that ‘looked like a tube, white in color with the middle of the object that seemed to have a solar panel.’ (Credit: Google)

At 7:30 p.m., a witness in Menifee stepped out into her backyard and noticed a cylinder-shaped object in the sky.

“I observed what looked like a tube, white in color with the middle of the object that seemed to have a solar panel, each 180-degree apart and a silver type center, each 90-degree,” the witness stated.

The witness said there was movement to the objects.

“The objects appeared to rotate in a cylindrical spin and then you could see the panel go from black to silver and then black again.”

The witness thought they could be satellites.

“I thought of a satellite, but five in a row spaced by five-minute intervals and the last craft appeared to be glowing a reddish haze. They appeared in sets of two and seemed to be about five minutes apart for the second set and then within five minutes the same type craft with reddish haze outline spaced exactly like the previous two pairs. If it were not for the reddish/orange glow of the fifth craft I would like to think they were some type of communications satellites, but five and one colored following the same path exactly and so close together.”

The witness said the objects were moving slowly.

“Their speed was slower than any aircraft could maintain lift from. No trails, noise etc. – completely silent.”

Then three hours later, at 10:30 p.m. just 10 miles southwest in Murrieta, another witness was sitting in her home watching television near a window with a good view. 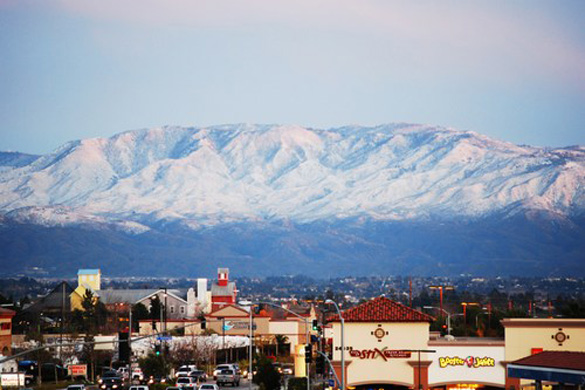 “I happened to look out the window and noticed a very bright orange light just above the tree line and over the distant hills southwest from my home,” the witness stated. “At first I thought it must be an airplane that was coming directly at me because the light was getting brighter.”

Then the witness realized that the object was hovering in place.

The witness said that the object began to change shape.

“It changed shape several times – became larger and more web-like, smaller and flattened and surrounded by a halo. At times, there seemed to be a solid vertical bar of light running down the middle with web-like lighting to the sides of the vertical bar.”

The object also appeared to disappear and reappear.

“Twice, it just disappeared – poof, gone – to reappear almost instantly and then it reappeared and there were two, one hovering above the other. During my 30 minutes of observation, two lights appeared twice with one disappearing each time and leaving one. They did not move – dart across the sky; did not appear to be leaving a trail; and made no sound.”

The witness went outside and continued to watch.

The witness provided one illustration with the MUFON report. 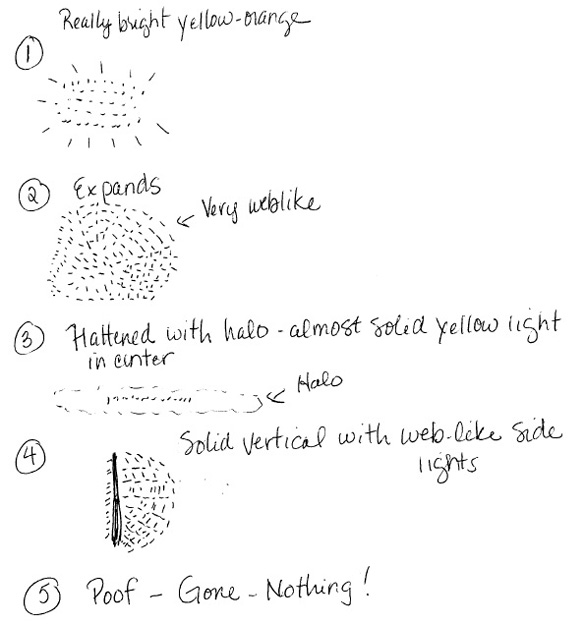 The Murrieta witness provided this illustration with Case 57166. (Credit: MUFON)

California MUFON is investigating. California has a current UFO Alert Rating of 3 with a high number of recent reports nationally. California had 102 reports in May 2014 and was the highest reporting state. The above quotes were edited for clarity. Please report UFO activity to MUFON.com.