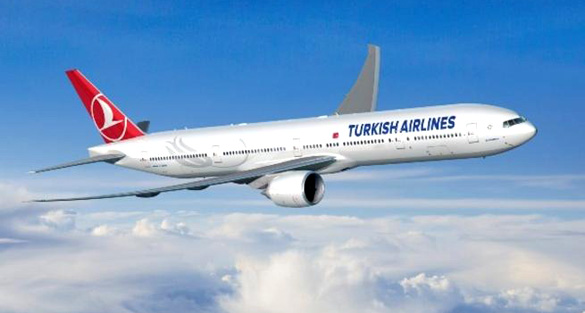 Turkish news site Sabah, posted the recollections of two pilots who had encounters with UFOs.

Turkish Airlines pilot Ibrahim Bilir says he believes in UFOs because he has seen one. According to Sabah, Bilir encountered the UFO five years ago on a flight from Osaka, Japan to Istanbul. 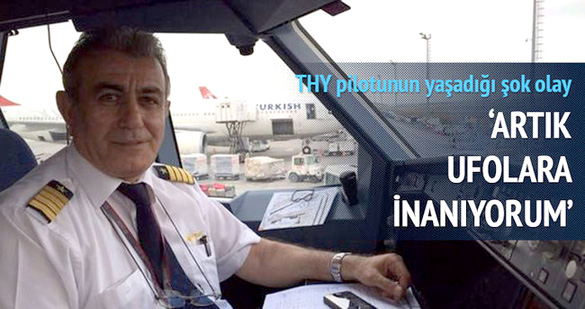 The following is Bilir’s account translated by Google Translate:

On the return from Osaka, continuing on the same route we included the team of four aircraft we saw that object. We came upon us out. Right continued over us on the cross. We saw a strong light, silver color and cannot take care of UFO shape We have not seen. He came to our very close. I did not believe UFOs, I believe that mission. I believe 5 years

“We were flying three pilots. 38 thousand feet in 6 hours after departure (11 thousand meters) 4 were flying plane in the same direction. In front of me again THY flight from Shanghai was there behind me Lufthansa aircraft. Upcoming we saw a strong light. He came to our very close . Silver color and do not look, do not open your eyes. An incredible power, there were ten forces. Different anything, burn your eyes. Our plane was seen in all three pilots. He came upon us out. He continued right above us on the cross. They were between 35-45 seconds .

Therefore see four teams simultaneously. Strange thing is that everyone thinks it onto itself. If it was hallucinating about a person, but the team has seen the four planes.

I translate the story as four different commercial aircraft spotting the UFO. It was a very bright light silver in color. It was so bright that it hurt their eyes to look at it directly. At least three pilots had seen the UFO. 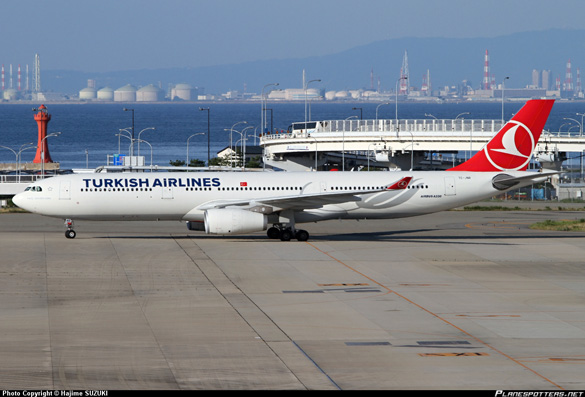 There was speculation that they were all hallucinating, but there were four separate planes that spotted it. Sabah points out that it is impossible for two people to see the same hallucination at the same time.

The story also includes a second pilot sighting. This sighting was in October of 1989 on a flight from Zurich to the Turkish town of Antalya.

I left later in Yugoslavia airspace, we have seen two thousand meters away from an object. First we thought the aircraft. However, the light cluster will attract our attention to the sharpness of what is wondering we have. Light set, passed in front of us after 10 minutes. Suddenly he took on three primary colors. several times the normal plane in a big way began to fly in front of us. They said they have not seen such a body when we contacted the Istanbul tower. Fields, scattering their multicolored lights rose to 44 thousand feet and turned into a ball of white light. Then he disappeared into sharp rises a white ball of light. 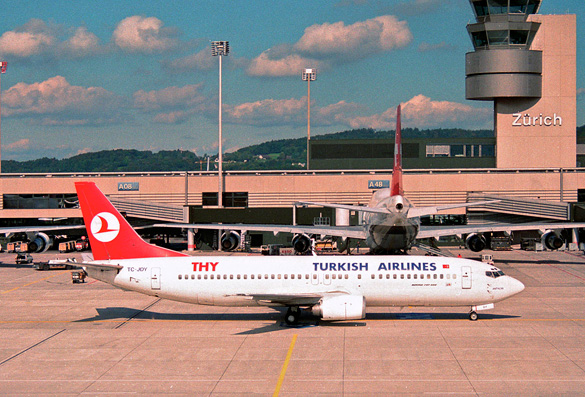 My translation of this event is that the object was first spotted 2000 meters from them. It was a light cluster that passed in front of them for ten minutes. It was the color of the three primary colors – presumably red, yellow, and blue – and larger than a normal plane. When the pilots called the object in to the Istanbul tower, they did not see it on radar. The multicolored lights then rose to 44,000 feet and turned into a white ball of light, and then disappeared.