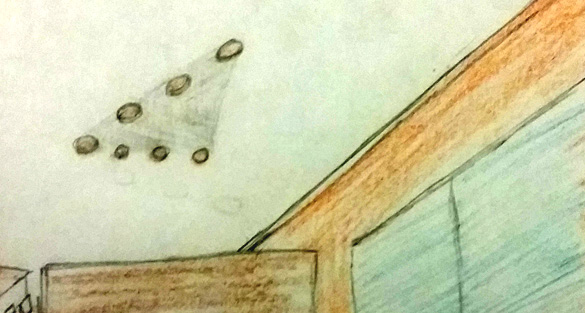 A California witness at Inglewood reported watching a triangle UFO that made no sound, according to testimony in Case 76010 from the Mutual UFO Network (MUFON) witness reporting database. 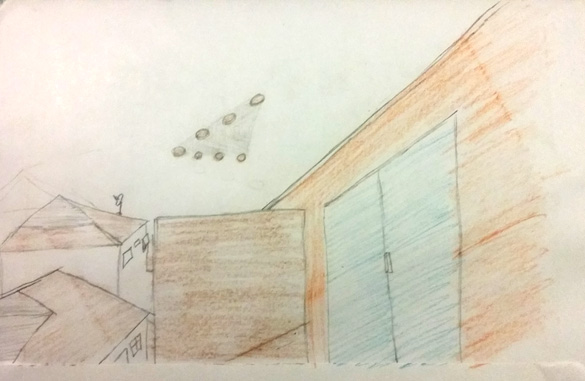 “Suddenly saw a triangular-shaped object with lights almost a yellowish tone,” the witness stated.“The object was gliding on a straight line going west.”

The object was immediately unusual.

“The object was apparently close or too big and there was no kind of noise produced by the flying object that was flying at approximately at 50 mph.” 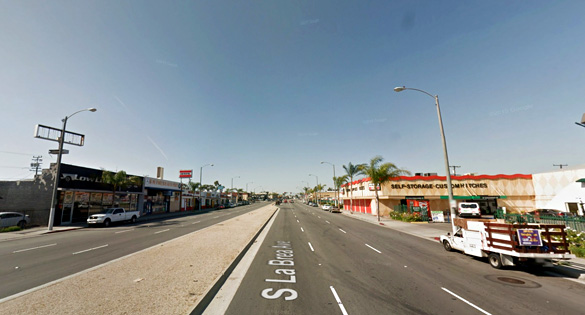 The witness believes the object was not man-made.

“To my wife and I there was no doubt what we were witnessing was a non-man-made airplane or drone. The object we were looking at was way too fast and big. The object looked nothing like a drone, airplane or helicopter. This object was flat and produced no noise, almost like the object was trying to sneak through the sky.”

The object startled the witness and his wife.

“I was in shock and couldn’t react fast enough to capture the object on video and my wife was so excited as well. She did try to take a picture, but the picture was unsuccessful. All the lights from the neighborhood were too bright and the cellphone camera didn’t capture the object, or at least we can’t tell if it is there or not. The flying source simply disappeared before our eyes continuing its way to the west exactly in direction to the LAX leaving us speechless and with the certainty that what we both witnessed was a once in a life time experience.” 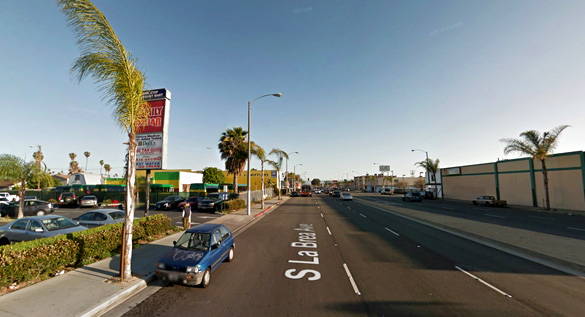 The object did not look like anything the witness was familiar with. Pictured: Inglewood, California. (Credit: Google)

Inglewood is a city in southwestern Los Angeles County, population 109,673.

California MUFON Field Investigator Earl Anderson is investigating. The witness included one illustration with the report, which was filed on April 24, 2016. Please remember that most UFO sightings can be explained as something natural or man-made. The above quotes were edited for clarity. Please report UFO activity to MUFON.com.