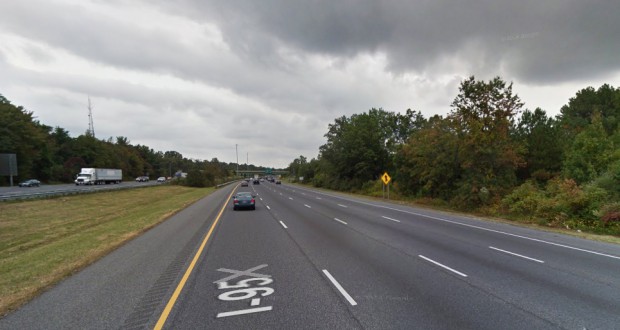 The witness first noticed a bright light moving directly over his car along northbound I-95 near the Ellicott City exit about 3:55 a.m. on December 29, 2014. (Credit: Google)

Two Maryland witnesses driving northbound along I-95 near the Ellicott City ramp reported watching a triangle-shaped UFO that moved directly overhead and hovered over nearby trees, according to testimony in Case 62426 from the Mutual UFO Network (MUFON) witness reporting database.

The reporting witness was driving on a return trip to Pennsylvania with his mother as a front seat passenger at approximately 3:55 a.m. on December 29, 2014, when the object was first seen.

“I noticed a large, bright light glide over Interstate 95, almost directly over our car, just enough to get my attention,” the witness stated. “I was driving about 70 mph and pressed my face against the front windshield to get a better look at it.” 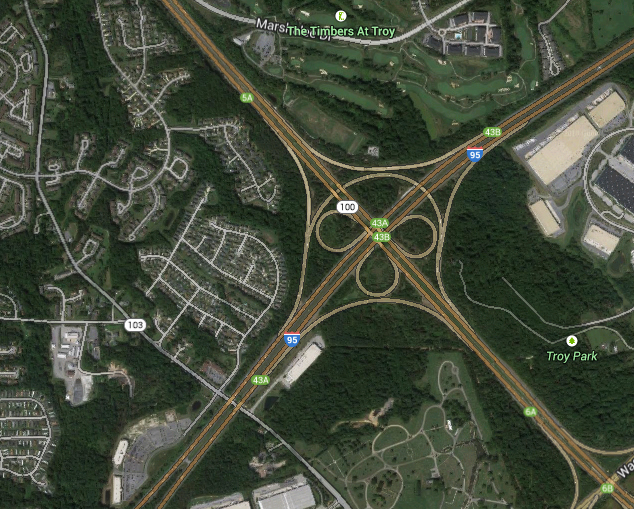 The triangle-shaped object seemed to slow down and then hovered over a group of nearby trees. (Credit: Google)

“To my amazement, I saw a triangle craft with two oval lights on the back corners of the craft and a large red light in the center. I could also make out a very dark point on the craft which I thought to be the front of it, or the tip of the triangle.”

The object then stopped and hovered over a group of trees.

“I quickly screamed to my sleeping mother in the passenger’s seat to look out her window. She woke up and immediately saw what I was yelling about. She was mesmerized.”

The driver got a good look at the object.

“I was trying to look at the craft and the road at the same time and that was when I noticed that the edges of the craft were more rounded, almost like a Popsicle stick. It had two layers. On the bottom was the color of the cloudy night sky, and the top was a very brilliant black color.”

The driver attempted to get a photo of the object.

“I fumbled for my phone that had a camera attached to it and my mom watched as it hovered over a group of trees. It hovered only about five to 10 feet over the tree tops. She got a better view of the craft and said that the red light in the center of the ‘V’ was very ‘unusual’ and very large and red.” 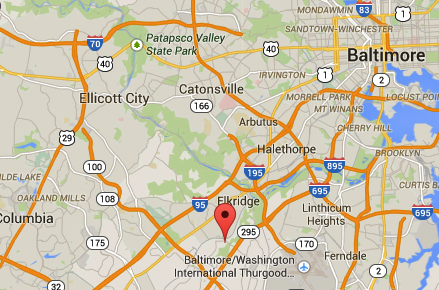 Just as the witness attempted to take a photo of the object, it disappeared. (Credit: Google)

When the witness attempted to take his shot with the camera, something unusual happened.

“When I took out the camera to take the picture, I aimed the camera towards it, but it went from a stationary position above the tree line, to completely disappearing out of view and I couldn’t get the picture taken.”

The driver’s mother seemed to think the camera had something to do with the UFO disappearing.

“She told me that when I took out the camera and aimed it, it was almost as if ‘the UFO knew I was about to take a picture and took off.’ We both became very excited from what we just saw and then I took notice of the time and it read, 3:55 a.m. The approaching exit that was then seen was for the Ellicott City off ramp.”