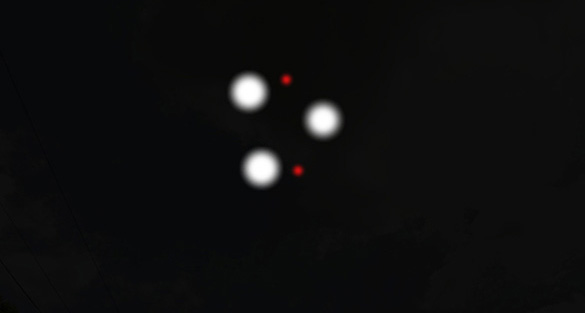 An Illinois witness at Spring Grove reported watching a “large, illuminated” triangle UFO at close proximity about 9:30 p.m. on May 22, 2016, according to testimony in Case 76537 from the Mutual UFO Network (MUFON) witness reporting database. 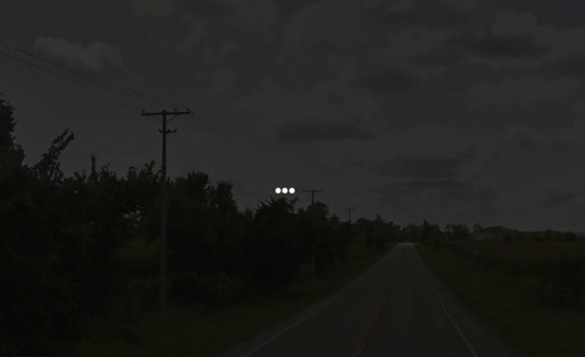 The witness first noticed the hovering object while driving southbound along Wilmot Road.

“Object was at an estimated height of 200 feet above ground,” the witness stated.“As I drove closer, I was able to get almost underneath it (~75-80 degrees from horizon).” 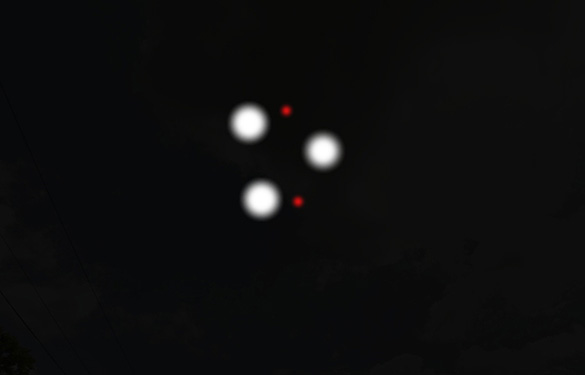 The witness continued driving in order to find a location to turn around, losing visual observation behind trees. 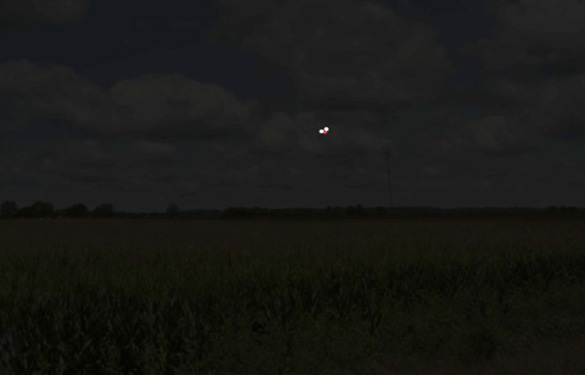 “Turning around at the nearest road and driving back to location took less than one minute. In that time, the object traveled northwest a good distance, and was seen moving slowly and slightly angled (banking?). Object became obscured behind trees on the side of the road and visual was lost. Entire encounter took less than two minutes.” 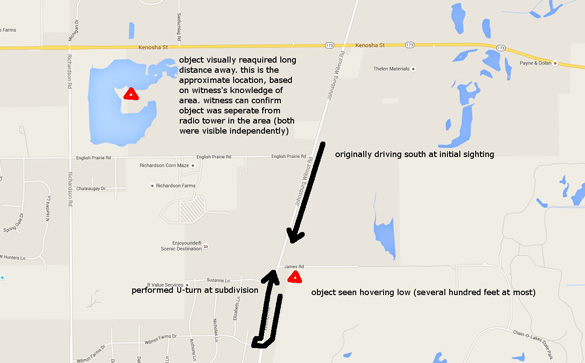 The witness provided three illustrations of how the object looked – and a map showing the object’s movement. 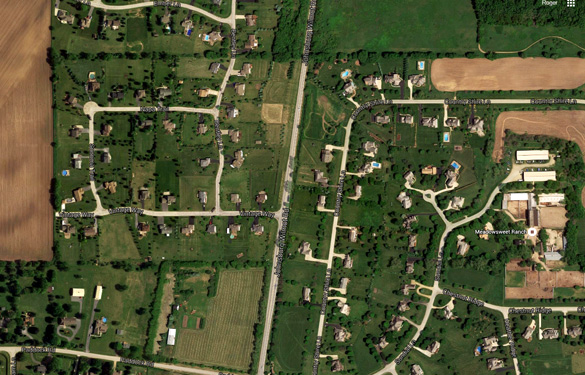 Illinois MUFON State Section Director Gregory Cisko is investigating. Spring Grove is a village in McHenry County, Illinois, population 5,778. Please remember that most UFO sightings can be explained as something natural or man-made. The above quotes were edited for clarity. Please report UFO activity to MUFON.com.