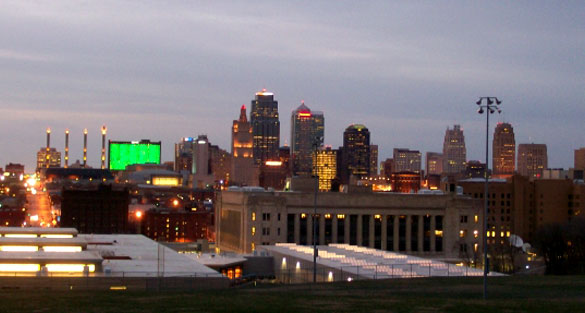 A Kansas witness at Kansas City recalled a UFO incident from 1978 where he and two fellow band members had a close encounter with an object just 50 feet overhead, according to testimony in Case 73425 from the Mutual UFO Network (MUFON) witness reporting database. 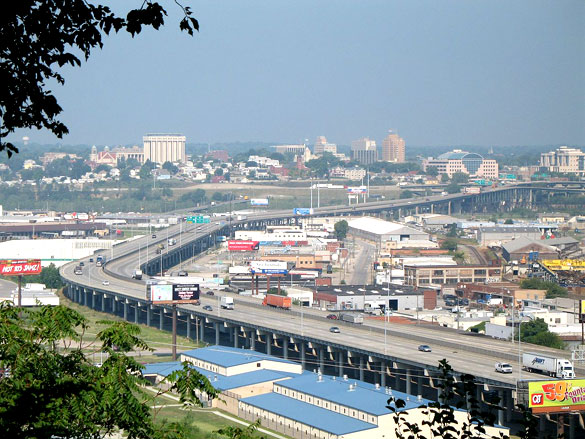 The witnesses were just outside Kansas City, KS, in 1978 when a distant light moved directly toward them. (Credit: Wikimedia Commons)

The witness was in a show band in April 1978 that traveled the Midwest and the three were rehearsing a new act at the singer’s parent’s farm just outside Kansas City, KS.

“The guitar player, keyboard player and myself went outside for a smoke break at around 8p.m. when we noticed a bright light off in the eastern sky,” the witness stated.“As we watched, it grew larger and we realized it was coming directly at us.”

When the object arrived directly overhead, the group could clearly see that it was a craft, triangular or delta-wing shaped – hovering silently about 50 feet above them.

“There were two globes hanging from the craft, one from each ‘wing’ if you will. One of the globes was a bright, white light and the other was dark.”

While they watched it hover silently, the guitar player went inside to get his camera and just as he was coming back outside, the craft darted off at an incredible speed toward the north toward Kansas City.

“We continued to watch it and saw that there was an electrical storm that it was headed into. As it drew close to that storm, the other globe under the craft started to glow evenly with the other globe. It entered the storm and disappeared. We concluded among ourselves that the craft must be powered by some sort of electric/magnetic power that it can replenish from our electric storms.”

The witness recently met up again with the other two witnesses to discuss their sighting from 1978.

“The following morning we were packing the equipment into the van when we heard a deafening roar. We looked north toward Kansas City and saw a passenger jet taking off and rising to cruising altitude. Now this was miles away to the north. just about as far as the storm was the night before, and the sound of that plane taking off was deafening. It just heightened the stark silence of the craft from the night before.”

The craft eventually moved away from and into an electrical storm. Pictured: Kansas City, KS. (Credit: Wikimedia Commons)

Kansas MUFON Field Investigator Michael McCord is investigating. Please remember that most UFO sightings can be explained as something natural or man-made. The above quotes were edited for clarity. Please report UFO activity to MUFON.com.