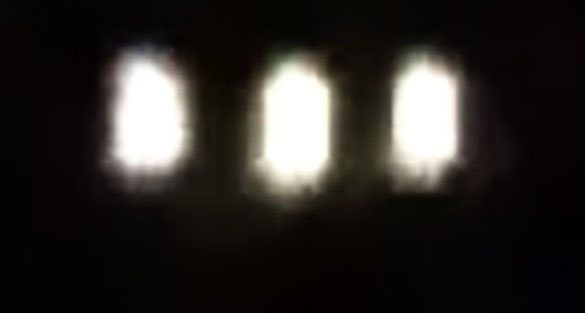 An Ohio witness at Springfield reported a close encounter with a “gigantic, triangular UFO,” according to testimony in Case 80785 from the Mutual UFO Network (MUFON) witness reporting database. 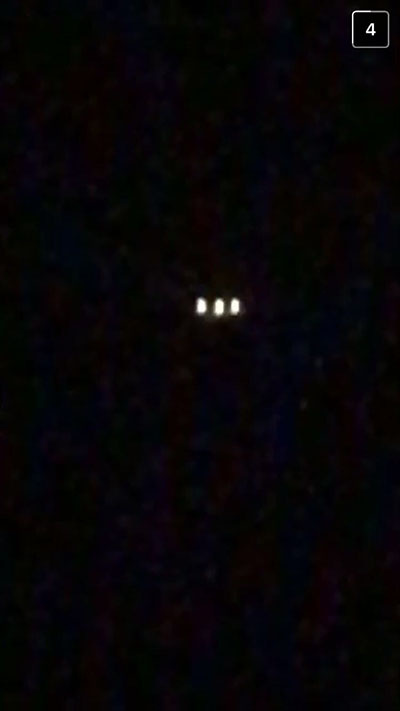 The witness was driving along Highway 2-75 approaching Columbus when lights in the sky were first seen at 10 p.m. on November 29, 2016.

“The colored lights were white, green, and red at the time and it looked kind of cylinder-like,” the witness stated.“When I saw it, I immediately thought UFO, as I usually do if it’s not during the day. As we were getting closer to the object, it was getting larger obviously, but it didn’t look like a cylinder anymore. At this point it was starting to look like an airplane because it took more of a triangular shape.” 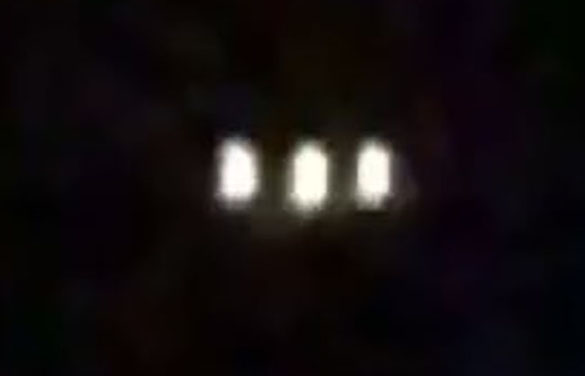 The object was massive in size from the witness perspective.

“Now it was huge, and no longer looked like an airplane because of its massive size and obvious triangular shape.”

The witness attempted to capture the object with a cell phone.

“I start taking snapchat videos and sending them to my friends without saving them. Now it’s so huge I have absolutely no idea what’s going on and all of a sudden it kind of turned a little bit like a plane does and then it went back to its normal, straight position.”

The witness thought that the object might be a plane crashing.

“And I’m thinking, ‘maybe it’s a plane crashing,’ because we were also near the Wright Patterson Air Force Base and I start hyperventilating and just absolutely freak out and thinking I was going to die. And then I somehow calm down and see that this thing is a freaking UFO and it’s ‘ginormous’ and I just witnessed it, but we passed it in a flash and I couldn’t see it out of my window anymore.” 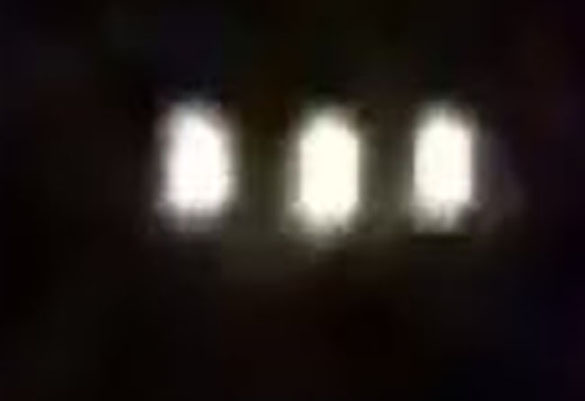 “Blackish gray base with red lights somewhere on it. And on the three corners there were three white lights. And although I didn’t save any of the videos I took, my friend screenshotted a part of it and sent it back to me. This picture is from an IPhone 6S and we weren’t at the closest point, but we weren’t at the furthest point from the object.”

The witness included one image with the report, which was filed on December 4, 2016. Ohio MUFON Chief Investigator Ron McGlone is investigating. Please remember that most UFO sightings can be explained as something natural or man-made. The above quotes were edited for clarity. Please report UFO activity to MUFON.com.