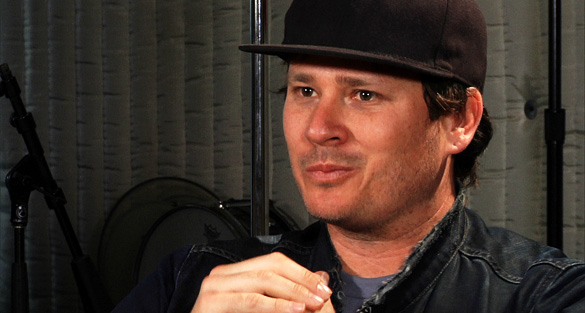 Rocker Tom DeLonge has finally released information about a big UFO project he has been teasing for months, and is planning a live event tomorrow morning to provide more information.

In February 2016, rocker Tom DeLonge made headlines when he announced at the International UFO Congress that he had big UFO news to reveal and it would be coming in a few weeks time. HIs address to the conference was recorded and in response to being awarded the UFO Researcher of the Year. However, the news never came. Some gave up on anything being revealed. I had faith, but I also had messages from DeLonge letting me know he had been delayed, but that the information was still on the way.

Finally, the wait is over, and we now know his new project will be tiled To the Stars Academy, and its mission is to “strive to be a powerful vehicle for change by creating a consortium among science, aerospace and entertainment that will work collectively to allow gifted researchers the freedom to explore exotic science and technologies with the infrastructure and resources to rapidly transition them to products that can change the world” 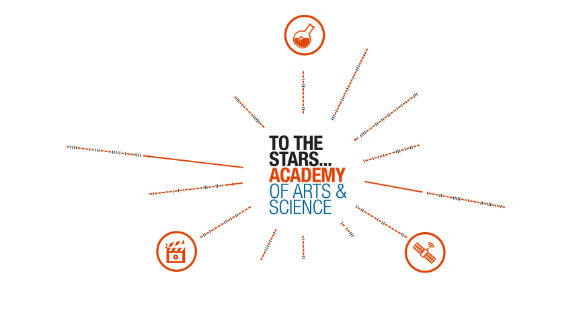 You may ask, why take a rockstar seriously? That goes back to why he won the researcher of the year award. Tom had been announcing plans to reveal secret information about UFOs and aliens for some time. Many thought he was full of hot air, but that changed late last year with the release of John Podesta’s emails via WikiLeaks.

Among his emails were conversations with DeLonge about his UFO project. In the emails it was revealed that Tom had attended a meeting arranged by Podesta that included a former assistant to the commander of U.S. Air Force Space Command, an executive at Lockheed Martin’s Skunk Works (the managers and creators of Area 51) and a general who had been in charge of labs at Wright-Paterson Air Force base, which, as DeLonge pointed out in an email to Podesta, is where it is rumored alien bodies were stored.

This demonstrated that Tom was really getting somewhere and that he really was talking to insiders. To me, this justified paying very close attention, and this latest revelation demonstrates he is still working with some very serious people who shouldn’t be taken lightly. 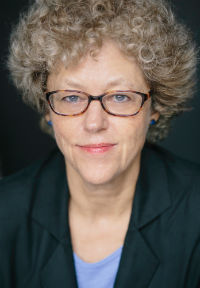 The first glimpse we got today on what DeLonge is up to came via a HuffPost article posted by Leslie Kean. Kean is the author of the New York Times best-seller UFOs: Generals, Pilots, and Government Officials Go on the Record. Several of her UFO articles since have created a stir, and this one follows suit.

Kean writes: “Something extraordinary is about to be revealed. Former high-level officials and scientists with deep black experience who have always remained in the shadows are now stepping into the light.”

“The team includes a 25-year veteran of the CIA’s Directorate of Operations; a Lockheed Martin Program Director for Advanced Systems at ‘Skunk Works’; a former deputy Assistant Secretary of Defense for Intelligence; a DoD Senior Intelligence officer who, among other sensitive responsibilities, ran a Pentagon aerospace ‘threat identification’ program focusing on unidentified aerial technologies,” Kean continues.

A team like this getting together to pursue answers to the UFO question is unprecedented, and their comments show they are serious.

Hal Puthoff, who has spent many years advising the government on technology, and is known to dabble in UFOs, told Kean, “We scientists are beginning to take seriously such ideas as warp-drive spaceflight right out of Star Trek, the high probability of extraterrestrial intelligence, and the realization that most of what will constitute the science of the future is well beyond our present comprehension. Given that the observation of anomalous aerospace phenomena in our skies might, in principle, incorporate elements from all three, it’s an irresistible challenge beckoning to be addressed.” 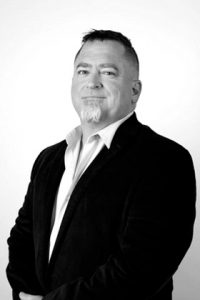 Luis Elizondo ran a Department of Defense program to study “anomalous aerial threats.” He says, “Unlike the other efforts that many people in the Pentagon knew I was associated with, the topic of aerial threats was a much more limited audience that few had any idea I was part of, with the exception of a select few individuals.”

When asked, he told Kean that the unidentified object he studied were considered to be threats, however, “something unexplained is always assumed to be a potential threat until we are certain it isn’t.”

“From our observations, my opinion and that of others is that the phenomenon is very real. On the bright side, I believe we are closer than ever before in our understanding of how it operates,” he continued.

Elizondo had just left his job the day prior to speaking with Kean in order to join DeLonge’s To the Stars Academy.

Stephen Justice, retired Program Director for Advanced Systems and Lockheed Martin’s Skunk Works says the flight characteristics of unidentified aerial phenomena (UAP), another term for UFO, are what interest him. He concludes the UFO phenomenon is real due to a number of credible cases he has reviewed. And if they are real, Justice tells Kean, “That means it can be done – these unusual flight characteristics can be done. So how do you do it? I want to dig into how you do it. It can be done!”

Chris Mellon, who served as Deputy Assistant Secretary of Defense for Intelligence for two administrations, says figuring out the UFO phenomenon is going to take an effort outside of the government. 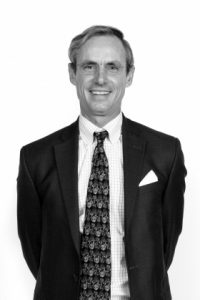 “This is another case in which the system will not repair itself and people outside of government need to take action for breakthroughs to occur,” Melon told Kean. “This team has the skill set to process information others avert their eyes to and turn it to the advantage of the nation and the world.”

I got the opportunity to talk to To the Stars Academy Vice President of Operations Jim Semivan. He served for 25 years in the CIA, and was a part of the CIA’s National Clandestine Service. He has received the CIA’s Career Intelligence Medal.

One question I had was, simply, why?

“A lot of people in our group are former government employees who know this stuff is going on. When it comes to UAPs, we feel there is something to it,” Semivan explained. “People in the government are like people anywhere, some have had unexplainable experiences, and others are curious.”

“At the age of 65, I feel it is time I do what I can to find out what is behind this mystery. This is the big question. What does it all mean, and what is real? What is behind the veil? I have maybe 15 years of life left, and this is what I want to do, and when I got connect with Tom I found out he feels the same.”

“Nature is incredibly big and this sort of exploration allows us to reach out and touch the divine. I want to get close to it and understand it. It is a quest.” 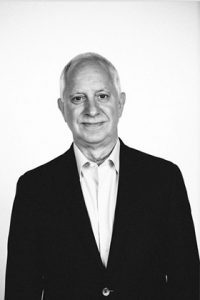 There are already negative rumblings in the UFO community. Some feel that DeLonge and the group are just in this for the money. To this, Semivan says, “None of us want to do this for money. We are retired.”

To the Stars Academy will be a public company, in particular a public-benefit corporation, and the proceeds will go towards research. Semivan points out that this sort of research, done right, takes funding.

He says, “We felt this project was the best way to bring people in and help do this thing.”

There will be a live streamed event tomorrow morning, October 11, 2017, at 9 am PT to announce the creation of the organization. We will find out more then, but what we know so far is pretty exciting.

There are those who were hoping some sort of government disclosure was on the way, but according to DeLonge, there is still much to be shared. 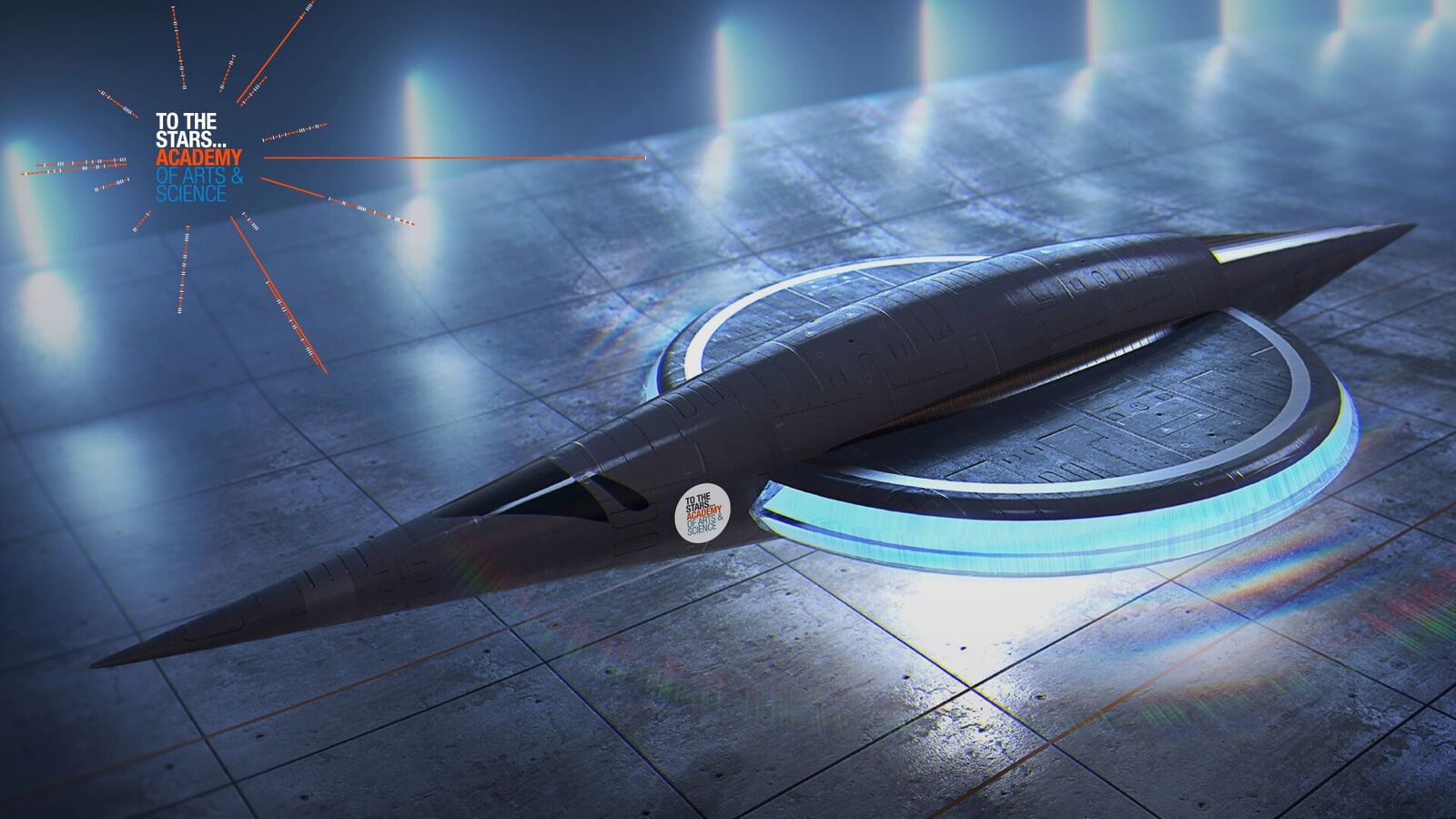 “To The Stars… concept for an Advanced ElectroMagnetic Vehicle that can manipulate space-time as observed in the UFO Phenomenon. To The Stars Head of Aerospace and Technology Steve Justice, and Fmr. Director of Advanced Programs at Lockheed Martin’s Skunk Works, aims to lead a group of elite aerospace engineers to bring this technology to the world.” Click to enlarge. (Credit: To the Stars Academy)

More information about the To the Stars Academy and investment information: https://dpo.tothestarsacademy.com/#offering-circular.

What the event here.