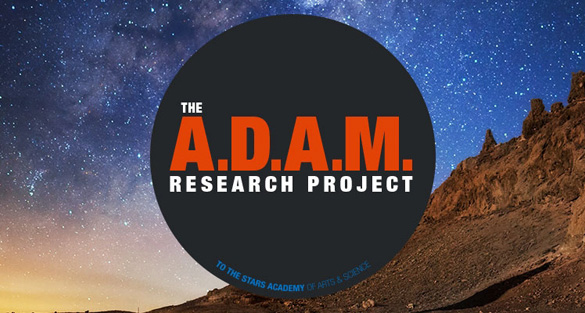 To the Stars Academy of Arts and Sciences (TTS Academy) has partnered with a research think tank to examine materials collected from UFOs. This includes materials submitted by individuals from the public, and potentially material they already have on hand. One of their goals is to discover material that will help them find out more about space-time manipulation.

The two most well-known members of the TTS Academy are rock star Tom DeLonge and former career intelligence officer, Luis Elizondo. However, another member is Dr. Hal Puthoff. Puthoff is a theoretical and experimental physicist who has also been involved with paranormal research for many years. Much of this research has been in association with Robert Bigelow, a wealthy businessman who is the founder and owner of Bigelow Aerospace.

This is important because Bigelow Aerospace, it has recently been revealed, was contracted by the Department of Defense (DoD) to investigate UFOs and other paranormal phenomena. Until last October, when he retired, Elizondo ran that program. A New York Times article in December 2017 revealed all of this and claimed Bigelow Aerospace, “modified buildings in Las Vegas for the storage of metal alloys and other materials that Mr. Elizondo and program contractors said had been recovered from unidentified aerial phenomena.”

Elizondo has since clarified, including to myself, that these were not metal alloys, but meta-materials. Other than that, we do not know much about the material, who has it, or what analysis was done to it. Either way, it is likely Puthoff was involved with that analysis, and now, if you feel you have material from a UFO, you can have them analyze it also. 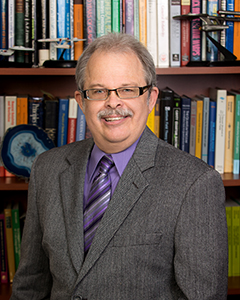 On July 26, TTS Academy announced they have partnered with EarthTech International, Inc.,“ a well-respected research think tank in Austin, Texas,“ founded by Puthoff, to examine “material samples reported to have come from advanced aerospace vehicles of unknown origin.” Besides Puthoff, Dr. Eric Davis is also a member of EartTech. Davis specializes in, among other things, the physics of interstellar flight. He also has participated in other Bigelow research projects, including the Skinwalker Ranch.

They have named this effort the A.D.A.M. Research Project. I am not sure what the acronym stands for, but they describe the project as an “academic research program focused on exotic materials for technology innovation.”

On August 2, TTS Academy posted a Q and A format article titled “The Collection Process.” This article gave more information about the steps the group would take to analyze the materials they receive, including some of the test they would conduct.

“We aren’t here to judge anyone or jump to any conclusions,” the article reads. “As scientists, we are objective in our approach and will be transparent about our results whatever they may be. The research we are doing is like research the government has been doing for years with taxpayer money. We are doing it with private funds from like-minded individuals who share our interest and curiosity.”

One thing that sticks out in the Q and A is the question, “What is the importance specifically to the evolution of the spacetime metric?” The reason it sticks out is that the other issues are the type people would typically ask. Items such as where they will find the material, what they will do with it, etc.

The answer to this odd question is: “This may contribute to helping answer questions about space-time manipulation and in doing so, challenge or reinforce what we know and observe regarding this phenomena.”

To me, this gives us some insight into how they are thinking and what they may already know. TTS Academy was partially created to develop technologies based off of what can be gleaned from the UFO phenomenon. Have they found evidence the objects being observed can manipulate spacetime? Have they found materials that somehow play a part in this?

Maybe one day we will find out. Some have felt TTS Academy have not been forthcoming with some of the more juicy information they are privy to. In fact, that may make some hesitant in regards to the last question in the Q and A, which is “Who owns the materials once in your possession? TTS Academy or the person who originally found them?”

I know, technically that is two questions, but they are grouped in the article. The answer TTS Academy gives is: “All material remains the property of its original owner and must be surrendered upon demand. TTS Academy reserves the right to maintain and test material for the duration of the agreement between both parties. TTS Academy also owns any analysis and media coverage of the material.”

I know the more conspiratorial or cynical of you will be wary of this. How do we know they will not hold on to it and/or not share any information with the public? Well, we don’t. However, it has been my experience the group is open to ideas if you can get in touch with them. I would suggest that anyone submitting any materials be sure to communicate your own set of expectations to the ADAM Research Project. I believe they will be open to working things out, so everyone’s concerns are met.

To me, the creation of the ADAM Research Project is really exciting news. Over the years I have come across those claiming to have unusual materials they wish to have examined. So far, none of them have panned out, although one is still under examination. I sought out people who could do analysis such as what the ADAM Research Project is offering, and it is tough to come by.

The amount of effort the ADAM Research Project is willing to exert and expense they are willing to shoulder for analysis is substantial. The prospect of material being found that is demonstrably fabricated with a technology that is beyond our own and not from earth is exciting – or scary – or both. OpenMinds.tv readers can be sure I will do my best to work with the ADAM Research Project to share their findings and get that information to my readers as it comes.

These are exciting times, and to imagine a group of scientists such as these are willing to do this kind of work is remarkable.