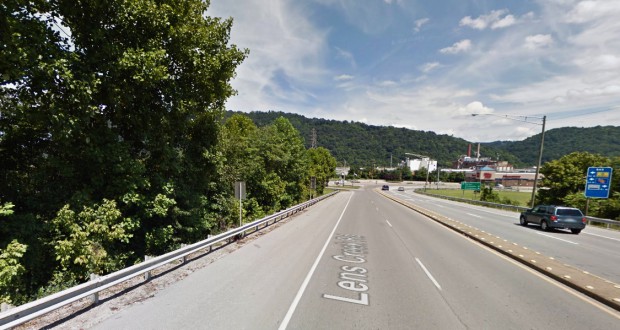 The incident occurred at 10 p.m. on October 12, 2014, at the coal plant along Winifrede Hollow Road.

“The plant was down and there was no noises anywhere,” the reporting witness stated. “Me and nine other guys had just finished doing pipe repair and were standing outside leaning against trucks. One of the guys pointed up and said, ‘What is that?’” 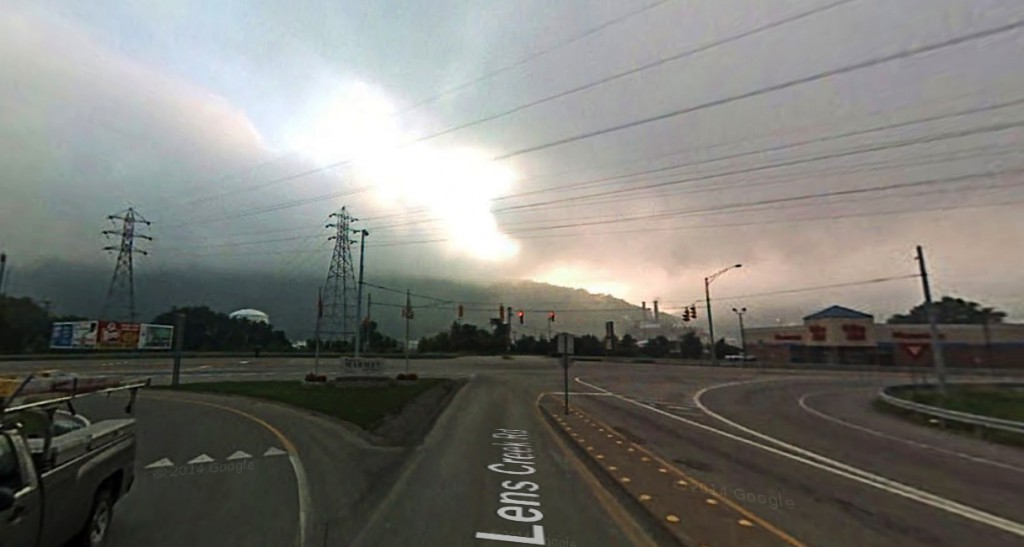 The three UFOs moved overhead one after the other and were followed by a smaller object. Pictured: Marmet, West Virginia. (Credit: Google)

The group of workers looked up to see the first object.

“We all looked up and saw a triangle-shaped object outlined in white lights the size of a football field coming up the hollow from the southwest [Beckley, WV area]. It might have been 300 to 500 feet above us. It was moving very slow and made no noise. We watched for about 3 or 4 minutes as it disappeared over the trees.”

Then a smaller fourth object was seen.

“After these three went by a small object with lots of red flashing appeared at the end of the line formation. They were all headed northwest towards Charleston, WV.”

The witnesses were amazed that there was no sound.

“What was strange about the objects was that there was no noises whatsoever – to be as close as they were, and their sizes. All of this took place in 15 minutes.” 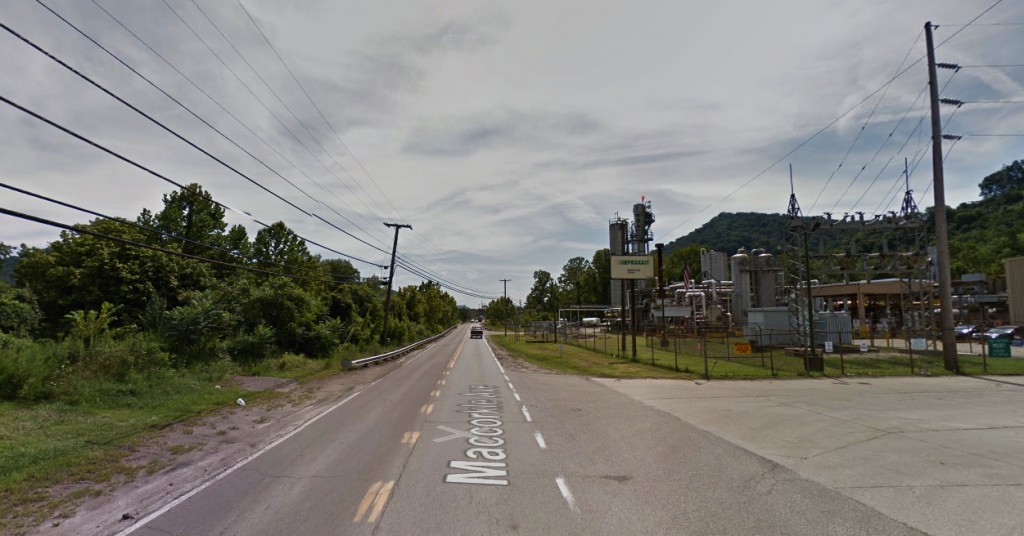 Marmet is a city in Kanawha County, Virginia, population 1,503. West Virginia MUFON is investigating. West Virginia has a current UFO Alert Rating of 4 with a lower than average number of recent reports nationally. West Virginia had 4 UFO reports that occurred during September 2014 – calculated at 2.16 sightings per million population. The above quotes were edited for clarity. Please report UFO activity to MUFON.com.