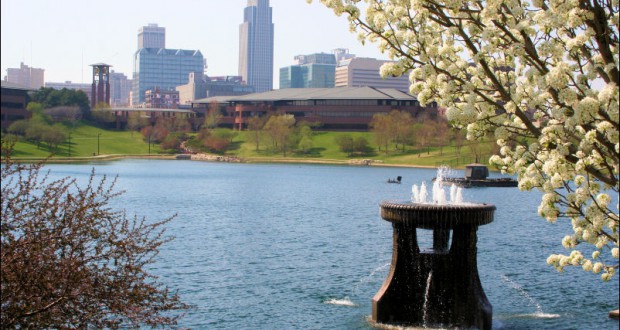 The witness first noticed an object crossing the sky followed by three, cigar-shaped objects on May 30, 2015. Pictured: View of Downtown Omaha from Heartland of America Park. (Credit: Wikimedia Commons)

The witness stepped outside at 11:20 p.m. on March 30, 2015, and noticed an object crossing the sky that could not be identified.

“My first thought was that it was so quiet because usually if a plane flies overhead I can hear it all too well,” the witness stated.

The witness then noticed more objects. 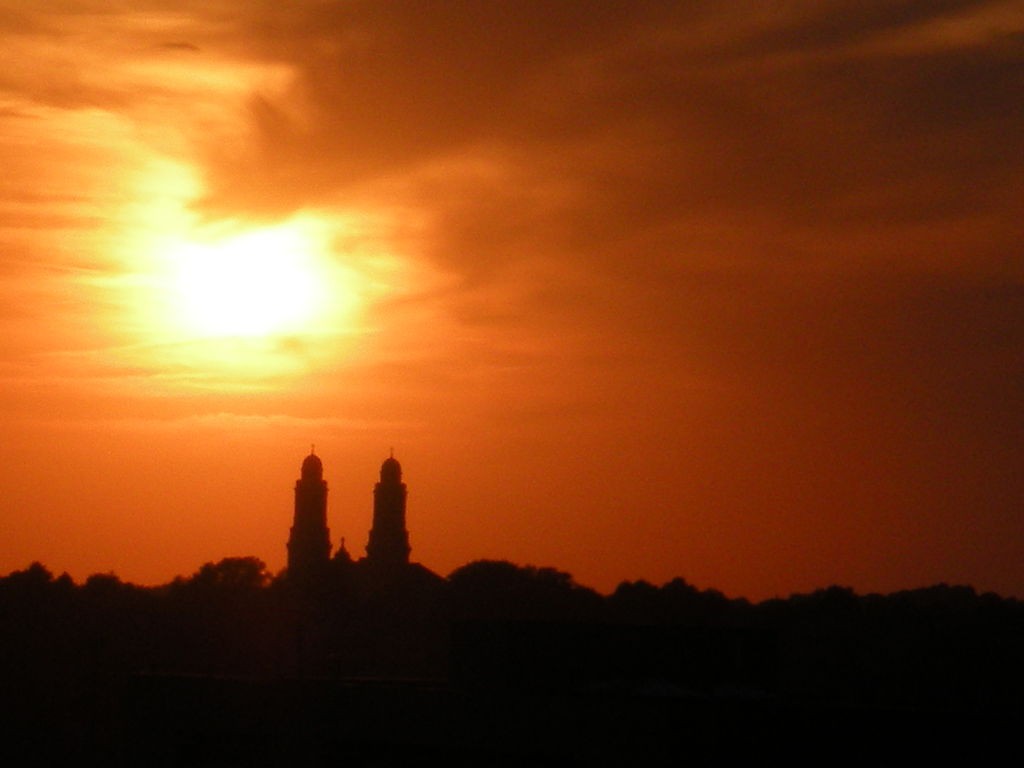 One of the cigar-shaped objects moved out of formation during the sighting. Pictured: The Saint Cecilia Cathedral against an Omaha summer sunset. (Credit: Wikimedia Commons)

“I also noticed that it had three pale yellow, cigar shapes running parallel to each other moving in formation as it flew west. I thought it was strange because except for the pale yellow coloring, there were no other lights, but still I thought maybe it was a plane.”

Then one of the cigar objects moved out of formation.

“As I thought that, the middle cigar shape moved out of formation and then a second later back into formation. So, then I thought maybe it wasn’t one solid object at all, maybe three small, pale, planes flying in formation for some reason.”

The witness felt uneasy and went back inside.

“That’s when I realized that it just didn’t look like a plane(s); no blinking red or white lights, no apparent wings, no sound. I have 20/20 vision and there was a bit of a moon out, so I saw it pretty well. It was just odd. I’d like to know what it was I saw. Maybe it was something ordinary like a plane(s), just not one I’d ever seen before. I wish I knew.”

Omaha is the largest city in the state of Nebraska, population 434,353. 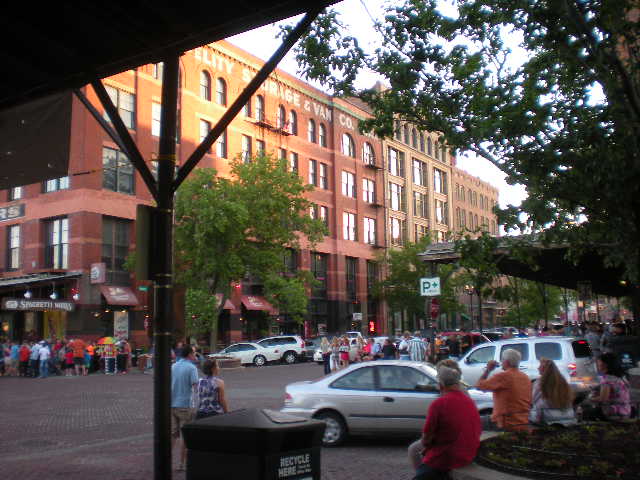 The witness said there were no blinking red or white lights on the objects, no apparent wings and no sound. Pictured: Omaha’s Old Market in Downtown Omaha. (Credit: Wikimedia Commons)

Nebraska is currently a UFO Alert Level 4 – with 2.16 sightings per million population based on MUFON February 2015 statistics. Nebraska received a total of four UFO reports in March.