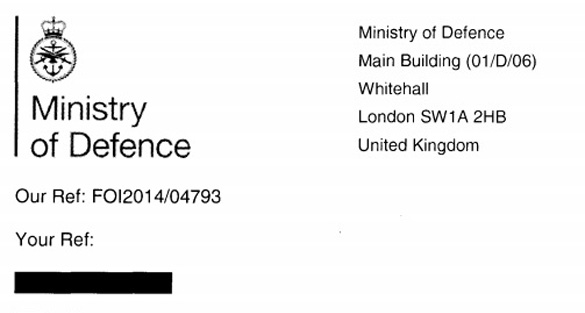 Recently, the British Ministry of Defence (MoD), in cooperation with The National Archives (TNA), explained that the release of 18 still closed UFO-files of the MoD will not happen before early 2017. Now, Grenzwissenschaft-Aktuell (GreWi), the German news-blog on frontier science and the paranormal, has discovered why the release of these files needs more time. The reply gives an interesting insight into the release process, and at the same time, it allows new speculation about the reason why those files were, and are, still held back.

Contrary to its claim in 2013 that all of its formerly classified UFO-files were released to the public via the National Archives, in 2014 the MoD had to admit that 18 UFO-files were held back. The release of these files was initially set for 2015, but the date was delayed to early 2016, then to the summer of 2016, and then delayed again to August. In August, it was said that the release was yet again rescheduled, and that the files would not be published before early 2017.

Thank you for contacting the Information Management Department at The National Archives of the United Kingdom regarding the release of UFO files.

The National Archives and the Ministry of Defence had agreed a timetable for the release of these records which would have made the records available for the public at TNA this autumn. Unfortunately, following the transfer of files to TNA in June, additional information which is covered by FOI exemption was identified, resulting in the files being returned to MoD in August.

This has delayed the release of these files. MOD are now ensuring that all information that is covered by an exemption is identified (refer to step 3 – Sensitivity reviews of selected records – of the gateway process). The Advisory Council on National Records and Archives will then need to consider any applications relating to newly identified exemptions. Its next meeting is taking place on the 10th of November. The files will then have to go through step 4 (Cataloguing and preparation of records), 5 (Planning and arranging delivery of records) and 6 (Accessioning the records) of the gateway process. It is anticipated that these records therefore won’t be available until early 2017.

I sincerely apologise for these records not being available to be viewed as anticipated.

I hope this sufficiently answers your question. If you would like an update in early 2017 please email us and we will be happy to provide you with any progress on these records.

In short: While preparing the files for public release, the National Archives identified some information within those files that they judged to be of such a sensitive nature that it seemed to qualify for an exemption from the Freedom of Information Act rules. Therefore they did send the files back to the MoD for a re-examination of that content to decide whether it can be made public or to be held back. 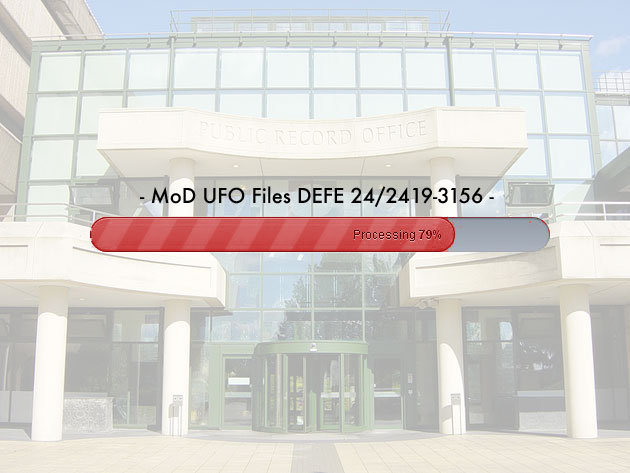 The public release of 18 secret UFO-files from the British Ministry of Defence via the National Archives is still in progress (Ilu.). (Credit: grewi.de)

Part of the yet to be released UFO-documents are filed under the title “UFO-Policy“ and date from 1971-76 and 1996-2000. Three other files cover June-December 2000, December–March 2004 and March 2004. Furthermore the MoD also confirmed that some files cover topics like “Air Traffic Control Low Flying UFOs,“ as well as so-called “ADGE UFO Reports,“ which experts assume are UFO related documents from a radar unit called the UK Air Defence Ground Environment (UKADGE)..

Some observers even anticipate that parts of the files will include new information about the so-called Rendlesham Forest Incident, when in December 1980 staff of the military RAF-bases Bentwaters and Woodbridge (used at the time by the U.S. Air Force) allegedly observed the landing of an unidentified flying object at close range.

– If you want to ponder what kind of content and information could be the reason behind the extended delay of Britain’s last secret UFO-files, here is a link to a list of all possible exemptions from the British Freedom of Information Act.

This article was reprinted with permission. The original can be seen here.