***The city in Uruguay is actually named Florida, not Floridad. The use of “Floridad” in this article is taken directly from the case files, and is reproduced here for continuity.***

In the “Photo Gallery” of Open Minds magazine issue 7 (April/May 2011) we published a color photo of a classic flying saucer—the third out of a total sequence of seven shots—taken on July 11, 1977 in a farm in Floridad, Uruguay. The case was investigated by the late Guillermo Roncoroni, an Argentinean ufologist, photo expert, and IBM engineer, who located and interviewed the witness, 29-year-old horticulturist Hector Rufino Delgado. On the afternoon of July 11, 1977, Delgado was working in his greenhouse in Floridad, when he heard a high-pitched humming sound around 3:30 PM. Delgado told Rocoroni it was “something like that produced by an electric motors or a ventilator” and that he didn’t pay much attention initially, as “it was not constant, but its intensity and tone increased and decreased perceptibly.” Delgado eventually decided to investigate the cause of the sound and, as he looked around, he noticed a silver-shaped object moving smoothly in the air some 200 meters from his position and 50 m above the ground. “I was slow to react, never had the thought occurred to me that I might encounter a thing like this,” said Delgado.

The witness remembered he had a camera loaded with 100 ASA Perutz color slide film in his house and so he rushed in to grab it. Selecting a shutter speed of 1/125th second and an aperture of f:11, Delgado managed to take a total of seven shots of the object. “When I took the first photograph the UFO was still moving very slowly toward the south,” he said, but he had barely snapped it when “the object drastically altered its velocity and trajectory and began climbing maneuvers as it increased elevation from the ground . . . At times it was very difficult to follow it with the camera, at times it appeared totally immobile and then jumped to extreme velocity . . . at the same time performing the most incredible maneuvers, withdrawing and then re-approaching my position again. It’s really difficult to describe the movements of that thing.”

The sighting lasted some 3 minutes but he heard the sound for another 3 minutes or so before first spotting the object. In the magazine’s “Photo Gallery,” we reproduced only the third in the sequence, which was the clearest and closest to the witness—around 50 meters away. According to Roncoroni, it shows “the object is rotating on its vertical axis at a considerable speed.” Another interesting detail is that the humming sound seemed to change with the type of maneuver performed by the UFO—intensity of tone increased when the object increased its velocity and vice versa. Roncoroni found “no evidence of manipulation or faking” in the film, concluding that “the object that is shown is probably a solid object, apparently metallic of several meters of diameter.”

We reproduce now for the first time the entire contents of the Floridad case contained in Lt. Col. Wendelle Stevens’ UFO Photo Archives, now in the possession of Open Minds. This includes the complete photo sequence in order, a diagram of the craft made by Stevens, and the two-page original report written in English by Guillermo Roncoroni, whom we met during a trip to Buenos Aires in December 1983. Roncoroni was the author, with Gustavo Alvarez, of the book Los OVNI y la Evidencia Fotográfica (UFOs and Photographic Evidence), published by Cielosur in Argentina in 1978. He was also one of the representatives of Dr. J. Allen Hynek’s Center for UFO Studies (CUFOS) in Argentina for a number of years.

Below the sequence (1 to 7) of the Floridad UFO taken by horticulturist Hector Rufino Delgado: 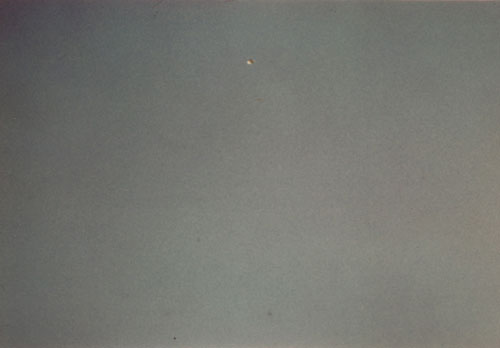 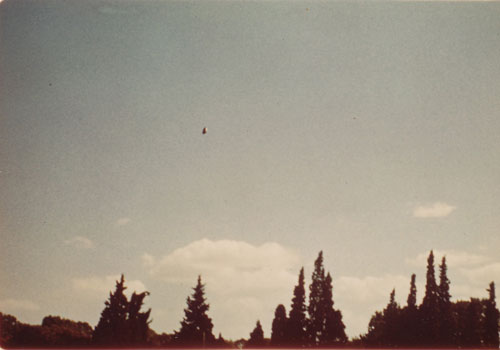 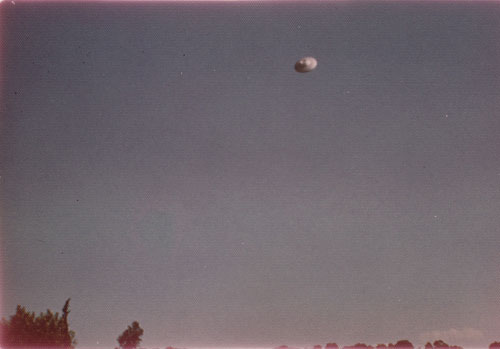 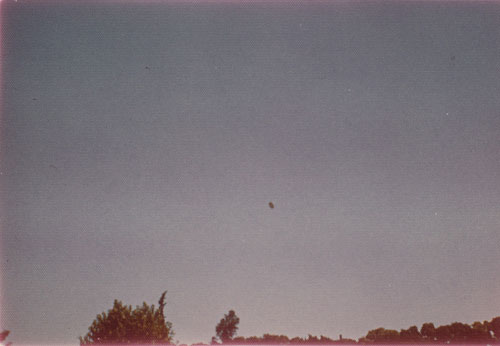 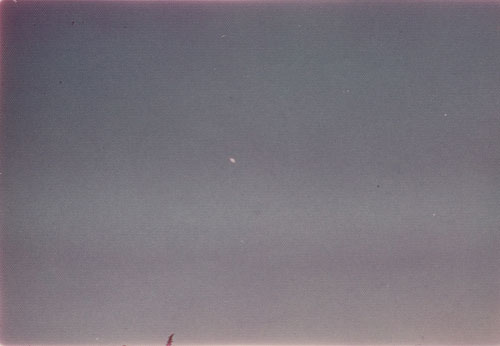 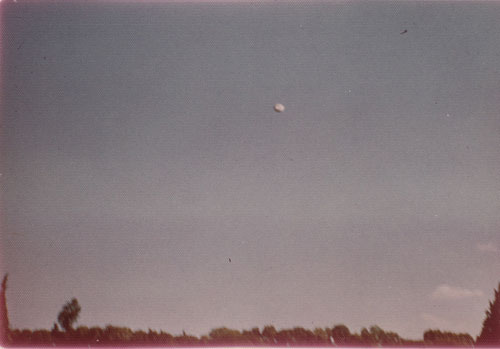 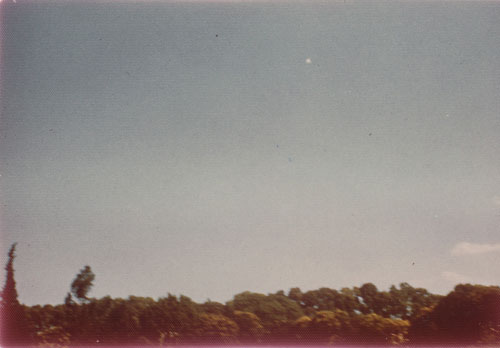 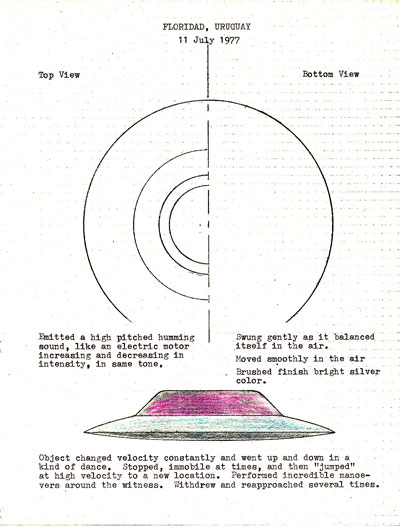 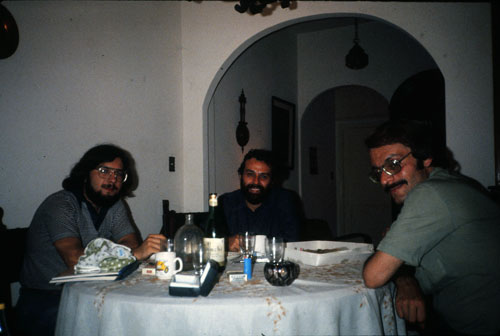 Original report and photo analysis of the Floridad photo case prepared by Guillermo Roncoroni in English and sent to Wendelle Stevens (click on the icons below to enlarge).