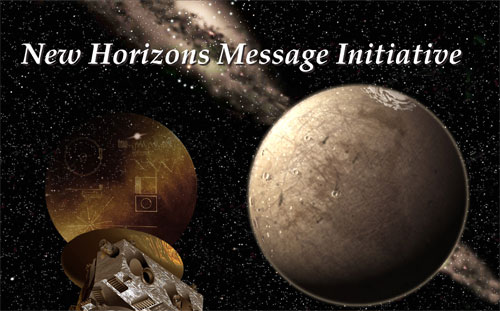 An initiative is underway to convince NASA to beam a message to intelligent extraterrestrials from Earth that will be stored in the memory of the Pluto-bound New Horizons spacecraft. 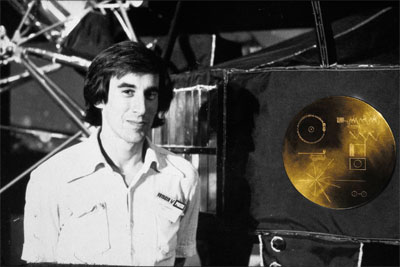 The New Horizons Message Initiative is led by several researchers including Jill Tarter of the SETI Institute and Jon Lomberg, the design director of the golden record aboard NASA’s Voyager 1 spacecraft. According to NASA the golden record aboard Voyager 1 is intended to “communicate a story of our world to extraterrestrials.” NASA describes, “The Voyager message is carried by a phonograph record-a 12-inch gold-plated copper disk containing sounds and images selected to portray the diversity of life and culture on Earth.”

At the recent 100 Year Starship Symposium, Tarter stated that Voyager 1’s golden record is “the most rosy picture of humanity out there for the cosmos to discover.” But as Space.com reports, Tarter feels that a new message stored in the memory of the New Horizons spacecraft “could serve as a new, more candid kind of cosmic note from earthlings.” 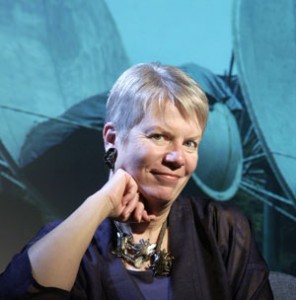 The New Horizons Message Initiative hopes to persuade NASA to upload a crowd-sourced message to the spacecraft’s memory, following a successful Pluto encounter. The form and content of the message are yet to be determined, but will probably consist of pictures and, possibly, sounds. This is a project to create and implement that message.

No NASA funds will be used for this project, but will be funded by donations instead. Those interested in supporting this initiative can sign the petition and/or donate at the New Horizons Message Initiative website.