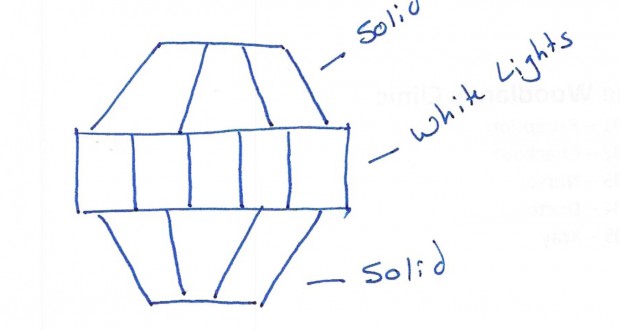 A Texas witness at San Antonio reported watching a brilliantly lit UFO moving fast just east of Highway 281 north in the direction of Randolph Air Force Base about 9:30 p.m. on August 18, 2014, according to testimony in Case 59062 from the Mutual UFO Network (MUFON) witness reporting database.

The witness was walking south on Stone Oak Parkway near the Arrow Hill Road intersection when an “extremely pure, brilliant white light” was seen in the sky. The witness quickly ruled out an airplane.

“I realized that the object was not a plane because it had no sound and the brilliant white lights remained as this object continued southward and out of sight,” the witness stated. 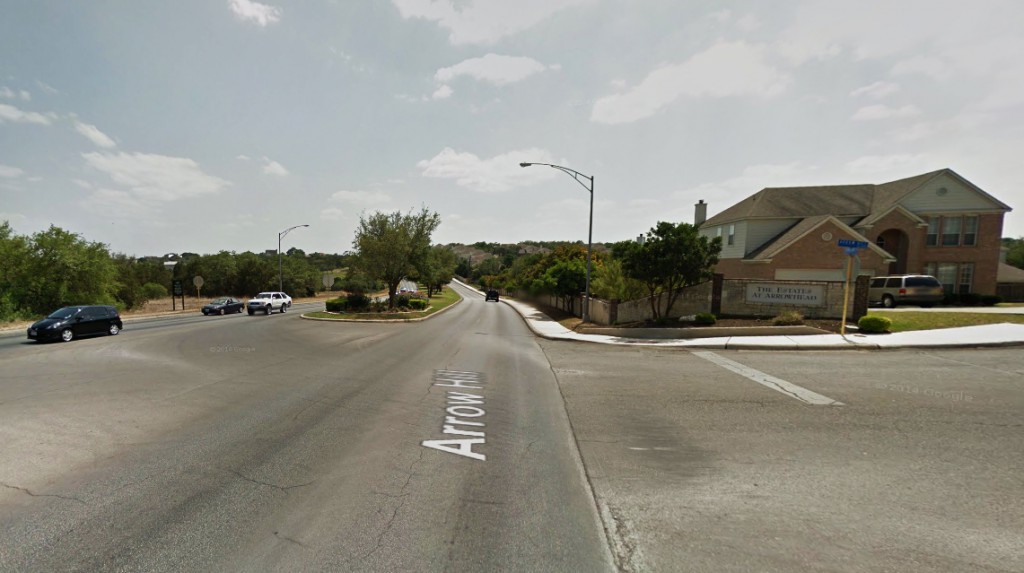 The witness was walking south on Stone Oak Parkway near the Arrow Hill Road intersection, pictured, when an ‘extremely pure, brilliant white light’ was seen in the sky. (Credit: Google)

The witness provided a drawing of the object.

The witness believes the pilots of a passenger plane should have also seen the object.

“Just as the object left my sight a passenger plane approached the standard downwind leg on its approach to the San Antonio Airport. There is no doubt in my mind that the pilots would have seen this object in the night sky due to how bright the object was, and the speed in which it was traveling.” 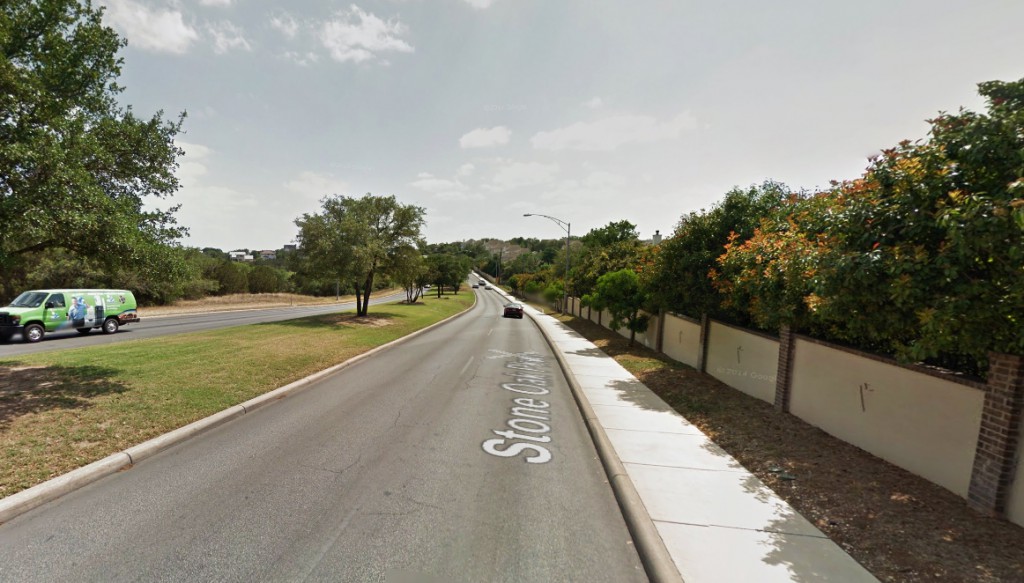 The object made no sound and the brilliant white lights remained as it continued southward and out of sight. Pictured: Stone Oak Parkway near the Arrow Hill Road intersection. (Credit: Google)

San Antonio is the seventh most populous city in the United States and the second most populous city in the state of Texas, with a population of 1,409,019. Texas MUFON is investigating. Texas has a current UFO Alert Rating of 3 with a high number of recent reports nationally. Texas had 80 UFO reports in July 2014 – the 2nd highest reporting state – while California had 104 reports as the highest reporting state. The above quotes were edited for clarity. Please report UFO activity to MUFON.com.