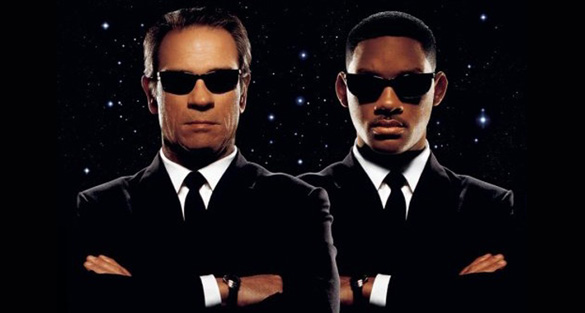 A Texas witness in Anderson County recalled a UFO sighting from 1954 that may have involved the elusive “Men in Black,” according to testimony in Case 67322.

The events played out on May 10, 1954 as the reporting witness and his mother were flying from San Francisco to Amarillo, Texas.

The witness was on a San Francisco flight to Amarillo, Texas – with a stop in Albuquerque, New Mexico. The UFO sighting occurred on the Albuquerque to Amarillo portion of the flight. (Credit: Google Maps)

“We left San Francisco and flew to New Mexico (ABQ) and landed for fuel,” the witness stated. “We left ABQ for our destination Amarillo.”

The normal flight then became unusual when an object appeared in the sky near the plane.

“I was sitting in the aisle seat when my mother said, ‘Look out the window.’ It was a long, silver, cigar-shaped object flying just off the tip of our plane’s wing. It had no sound, no wings and no engines.”

Other passengers also noticed the object.

“I saw a very nice looking woman reading a magazine or newspaper. She was facing left of the craft in her seat and a man facing right of the craft facing her. She lowered whatever she was reading or looking at and looked at me, and smiled.” 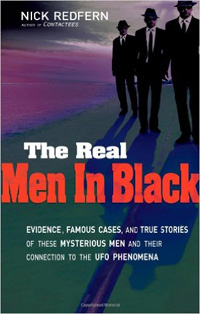 UFO writer Nick Redfern wrote the book, The Real Men in Black, revealing their origins and discusses classic cases, previously unknown reports, secret government files, and the many theories that have been presented to explain the mystery.

“The object passed our plane at a steady speed, almost like they were sightseeing, and then the craft was out of sight.”

The unusual sighting might have ended when the object moved away, but the witness believes what happened when they landed was also significant.

“When we landed in Amarillo two men came aboard the plane and said, ‘If anyone had seen anything unusual to stay in their seats as they would like to talk to us.’ Also – ‘If anyone has any cameras to let them know.’ The men were dressed in very nice black suits and had very shinny shoes on. My mom nudged me and said, ‘Don’t say you saw anything or we will be here all day.’ The two of us walked off the plane.”

The term “Men in Black” circulated in UFO investigation circles in the 1950s after witnesses claimed they were interviewed by men wearing dark suits and were told not to discuss the witnessed events. Most UFO researchers today believe these were most likely FBI agents who wore dark suits at that time.