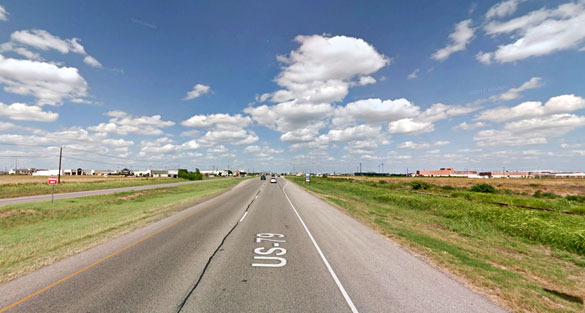 A Texas witness at Hutto reported watching a sphere-shaped UFO near ground level emitting a green light that appeared to be searching for something about 8:14 a.m. on November 22, 2015, according to testimony in Case 72672 from the Mutual UFO Network (MUFON) witness reporting database. 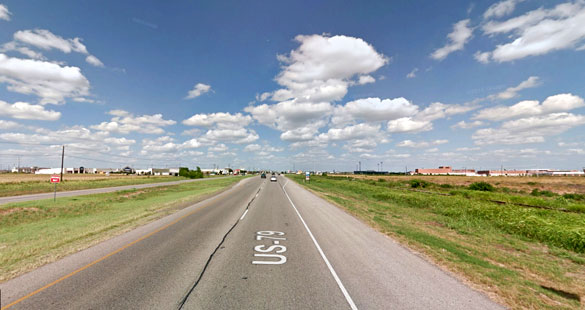 The witness was driving into Hutto and was close to the Vista homes area when the incident occurred.

“I noticed a weird green light close to the open grass area and pulled to the side,” the witness stated.“It was hovering as if looking for something.”

“It went side-to-side and then just zoomed off. This thing was very close to landing. It was just searching for something in the grass. I have never in my life seen something like this. It was sliver, but the lights were green. Not too far from the grass. 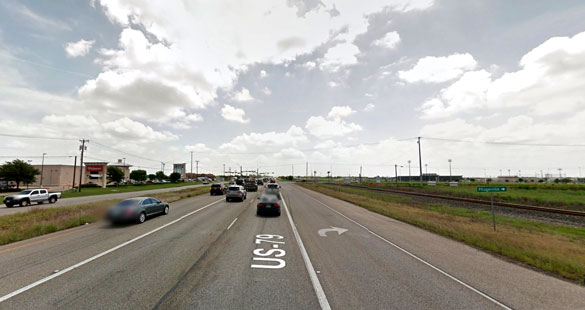 The object was sphere-shaped and appeared to be searching for something at the ground level. Pictured: Hutto, Texas. (Credit: Google)

The witness became afraid of what she was seeing.

“I was so scared. I thought it would come close to my car. This is something I will never forget. It kept going side-to-side looking and this went on for 20 or 30 seconds and then it just turned off the light and zoomed away straight forward as fast as it could.” 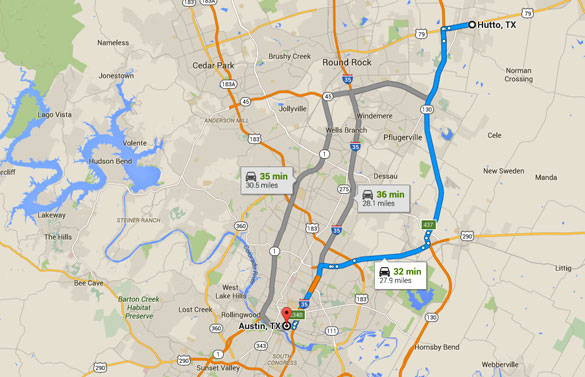 Hutto is about 35 northeast of Austin, Texas. (Credit: Google Maps)

Hutto is a city in Williamson County, Texas, population 14,698. Please remember that most UFO sightings can be explained as something natural or man-made. The above quotes were edited for clarity. Please report UFO activity to MUFON.com.