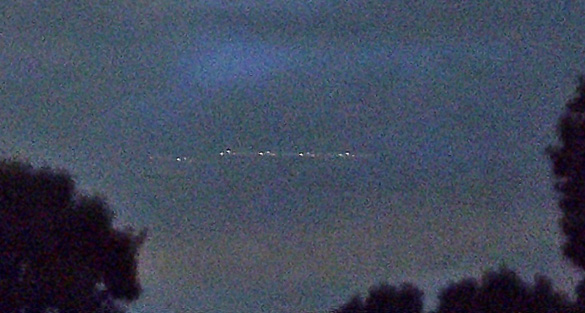 A woman in Cleveland, Texas says she went out to photograph a strange “white tornado shaped cloud” and spotted mysterious glowing orbs flying under the cloud. She sent in a report with three images to the Mutual UFO Network (MUFON). 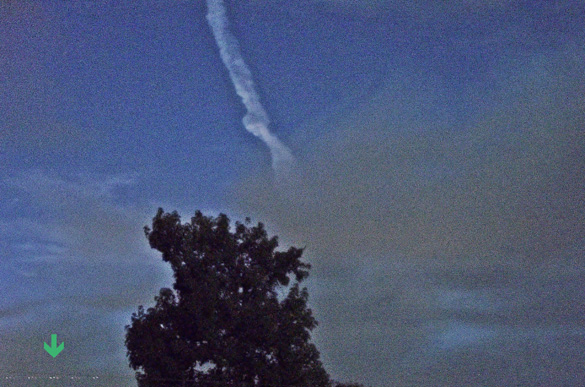 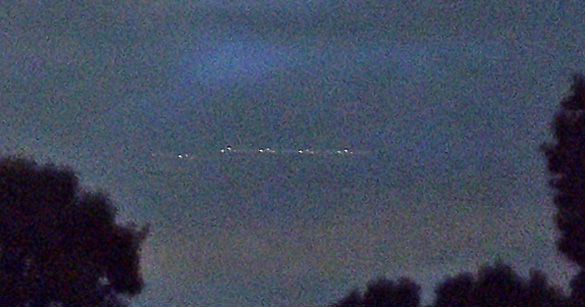 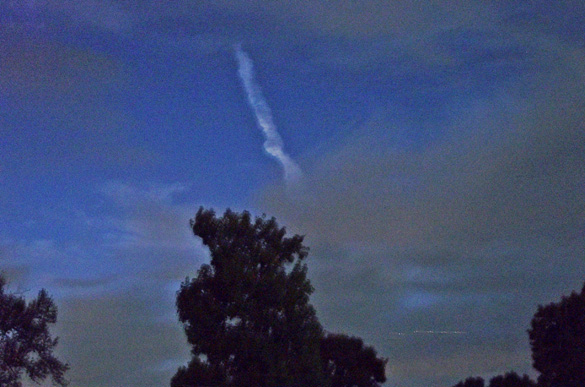 The witness says she saw the orbs fly slowly under the cloud, and then he lost sight of them.

The witness wrote in her MUFON report:

Looked out front of my house say a white tornado shaped cloud..it was stationary and hovered over the treetops..I thought we were going to have a storm but sky was blue and clear no rain or thunderstorms. I thought it was strange how long it hovered over trees so I took some pictures as I took the pictures I noticed under the cloud were five orb shaped objects that moved slowly under the cloud in a straight line and moved along until they were gone..the cloud stayed for 15 min then slowly disappeared.

According to Roger Marsh, MUFON’s Director of Public Education and National UFO reporter for the Examiner, the case was investigated by their Texas chapter. Investigators determined the case was not a hoax. They filed the case as a genuine unknown, meaning they could not match the object up to any possible known man-made or astronomical object.

Chief investigator for the Texas chapter of MUFON Fletcher Gray has told the Houston Chronicle that he believes the lights in this image are helicopters.

Gray, a retired Humble police officer, told says “We don’t think it’s extraterrestrial, or at least I don’t think so.”

He says the trailing marks in the photo indicate that they were aircraft flying at more than 100 mph. This tipped him off to the helicopter idea, as they move between 120 and 150 mph. He said, “There’s a helicopter unit out of the Conroe area, and they have helicopters at Hooks (Airport in northwest Harris County),” he said. “They are in various locations.”

He goes on to explain the reason that the investigation was listed as an unknown is that they could not conclusively prove that the lights in the photo are helicopters.

The Houston Chronicle article also reveals that the anonymous witness is actually a woman. Previously we referred to the witness in this story as a man.