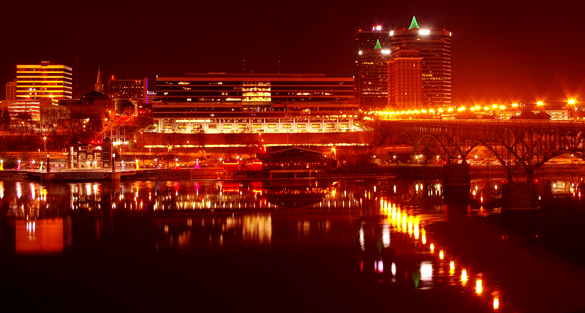 A Tennessee witness at Knoxville reported watching black, snake-like objects moving slowly across the sky at 100 feet about 7:45 p.m. on March 26, 2016, according to testimony in Case 75447 from the Mutual UFO Network (MUFON) witness reporting database. 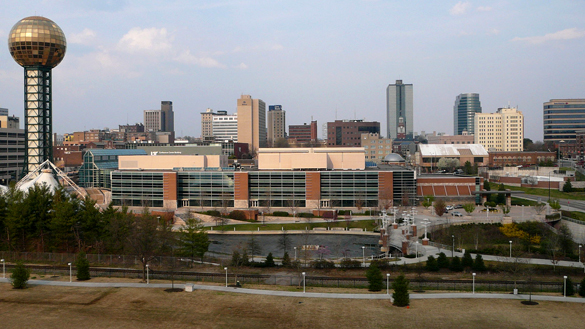 The witness was sitting outside on a deck observing the sky.

“I watched four very high planes go by, with no sound, and emitting trails,” the witness stated.“Two of them went from north to southeast. Two went west to east. I thought that was very strange.”

But a few minutes later, the witness reported watching a black, solid, snake-like object move over the trees to the east.

“It was spinning very slowly to make a spiral-like shape. Appeared to be close, maybe 100 feet from me. It was making its way very slowly toward the southeast.” 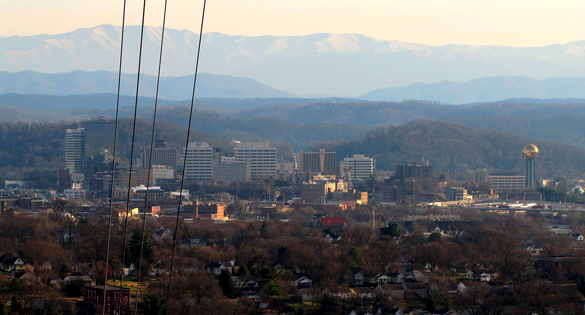 The object was moving across the sky at 100 feet. Pictured: Knoxville, TN. (Credit: Wikimedia Commons)

The witness then called for his wife to come outside.

“During the couple of seconds that I looked away to get my wife’s attention, the object had gone from maybe 100 feet away to extremely high in the sky, maybe 500 feet. It took my wife and 4-year-old daughter about five seconds to make it to the deck. By the time they made it outside, a second object had appeared near the first object.”

A second object appeared near the first that moved away from the witness slowly without sound. Pictured: Knoxville, TN. (Credit: Wikimedia Commons)

The second object was exactly like the first object.

“The two objects slowly ascended out of sight toward the southeast. All three of us watched the objects until they were out of sight. During the sighting, a fifth plane went by, from east to west, very high in the sky, with no sound.”

Tennessee MUFON is investigating. Knoxville is the county seat of Knox County, TN, population 183,270. Please remember that most UFO sightings can be explained as something natural or man-made. The above quotes were edited for clarity. Please report UFO activity to MUFON.com.