A “strange aerial object” was caught on video over the United Kingdom, according to a July 2, 2015, YouTube posting by beamsinvestigations1. 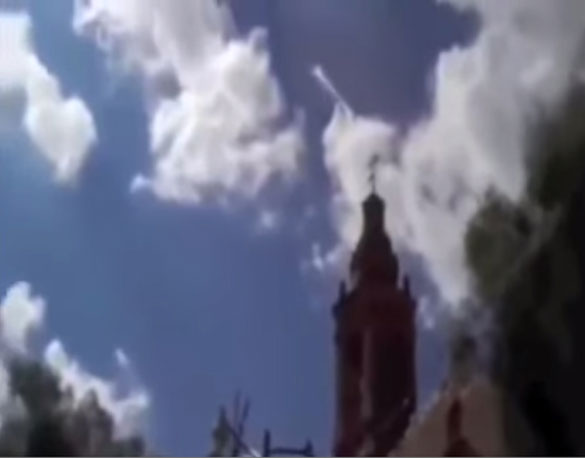 A still frame from the video show the object as it comes into view just above the tower as it comes out of a cloud. (Credit: Beamsinvestigations1)

The poster asks, “Meteor or space junk? Did not break up in any way. Whatever it was remained stable throughout footage. Strong feeling that thing did not break through our atmosphere, If it did, it was controlled.”

The video shooter is standing at the ground level where a tower can be seen from a nearby building. The object is first seen during the first few seconds of the video right above the tower as it pops out of a cloud. The shooter follows the object as it crosses the sky. There is a vapor trail behind the object.

The object is then lost to view to another nearby building as it moves away. 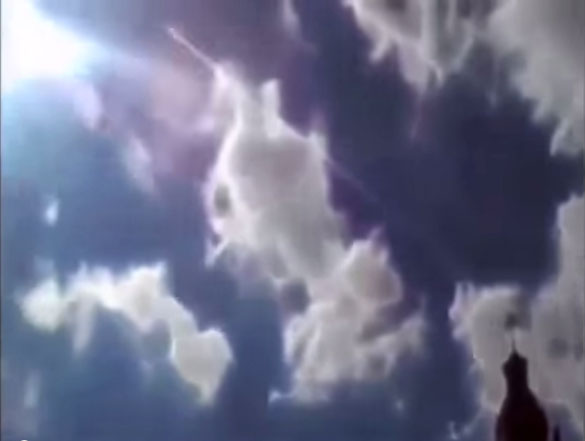 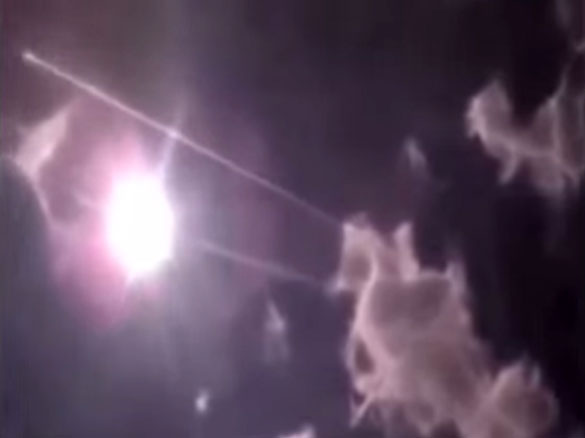 No British city is named in the video nor is the exact shooting date listed. 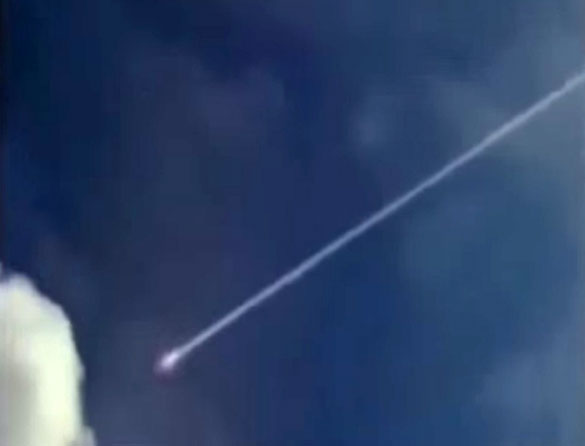 “Beamsinvestigations1 YouTube channel,” as posted on their page, “is a part of The British Earth and Aerial Mysteries Society: BEAMS was founded in 1991 for those interested in learning about UFOs, Paranormal Phenomena, Earth Mysteries and Conspiracy Issues; today, we are focusing more on the collection and dissemination of data pertaining to our particular areas of inquiry.

Note from the editor: In the comments below, you will see that commenter ufoofinterest has pointed out that this is not a new video, but has been around the internet for awhile. My rule of thumb is to never trust the details from a YouTube UFO video page. Often the details are made up for sensationalism, or just not well researched.