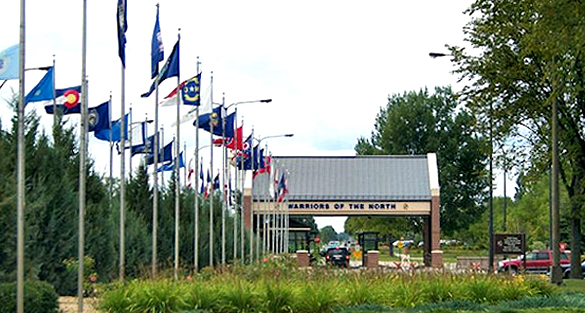 A former military staff sergeant recalls an encounter with a silent, 25-foot-long UFO that hovered over a roadway near Grand Forks Air Force Base in North Dakota, according to testimony in Case 74814 from the Mutual UFO Network (MUFON) witness reporting database. 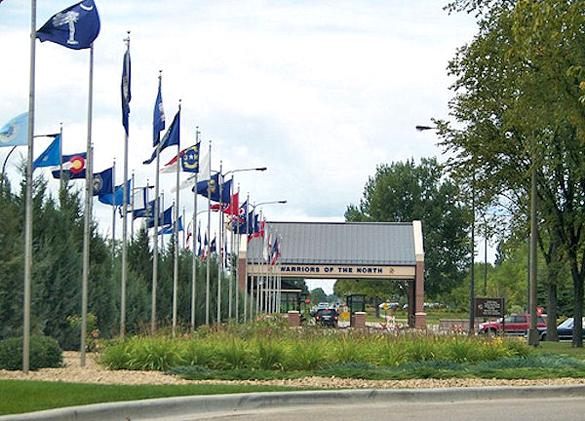 “The craft was hovering just above a telephone pole,” the witness stated.“I was heading towards Grand Forks Air Force Base. I stopped my car and watched the craft from approximately 75 to 100 feet across the highway. It was stationary and of unknown aircraft type.”

With a military background, the witness could not identify the craft.

“As a staff sergeant in the communications field, I knew all the aircraft the services had and this craft was completely unknown and acting like nothing I had ever seen or heard about.” 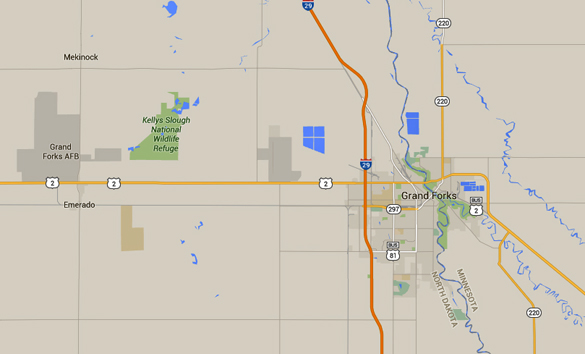 “The craft was completely black with no markings. It was approximately 25 feet long with a narrow body with wings swept forward nearly touching the front of the craft. I watched it for 15 minutes until it left flying west at a high angle and disappeared in five seconds. It made no sound that I could detect. This is the first time I have told anyone about the sighting.” 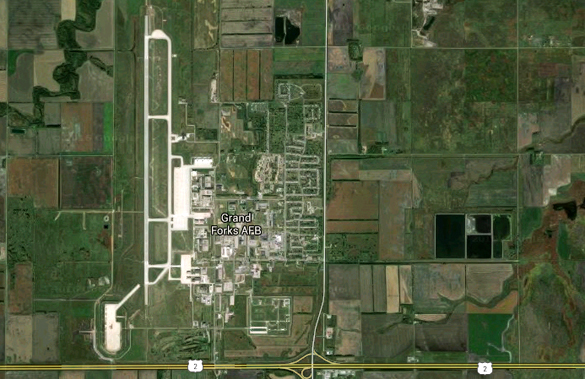 The object hovered over a roadway near Grand Forks Air Force Base. (Credit: Google)