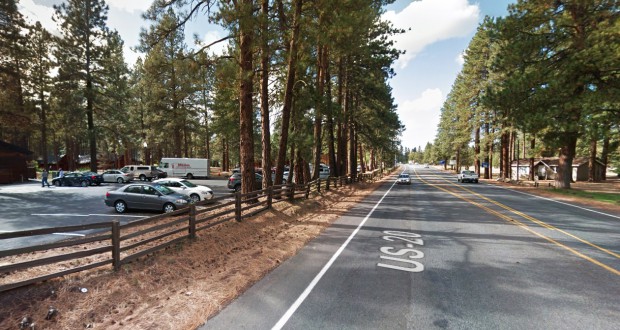 The witness first saw a spherical-shaped object hovering at the tree line about 8:30 a.m. on April 30, 2015. Pictured: Sisters, OR. (Credit: Google)

An Oregon witness at Sisters reported watching a “silver object” hovering over a nearby tree line before shooting off erratically to the east, according to testimony in Case 65105 in the Mutual UFO Network (MUFON) witness reporting database.

The witness was driving northwest along Highway 20 near Sisters just before the Black Butte Ranch when the object was first seen about 8:30 a.m. on April 30, 2015.

“I dipped my head down slightly to get a better look at the butte and then I noticed a silver spherical object hovering somewhere above the height of the tree line ahead of me and before the butte,” the witness stated.

The UFO sighting was very short. 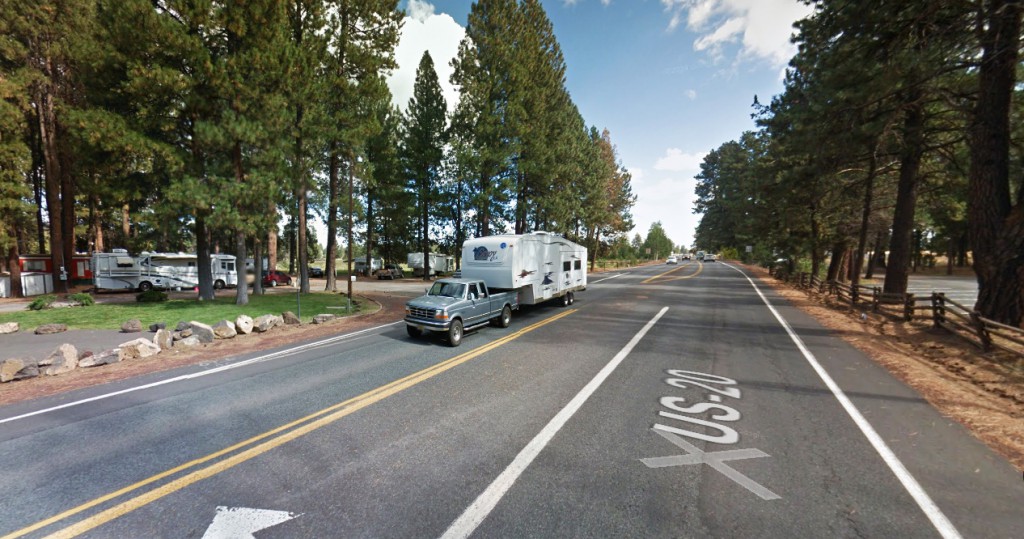 The object was seen hovering for just a few seconds before it quickly moved away. Pictured: Sisters, OR. (Credit: Google)

“It only remained there a brief moment before shooting eastward over the tree line with a slightly erratic path. The entire sighting only lasted two or three seconds, but it was during daylight, and the object was well lit by sunlight and close enough that I could see any details that would identify it as a regular craft such as a helicopter.”

But the object did not look like anything that the witness could identify.

“Instead it looked like a silvery spherical object that appeared fuzzy as though it had heat ripples around it.”

The witness is sure that it was not anything that could be identified.

“It was far enough away that if it had been a balloon, it should have been much smaller and not hovered/accelerated like it did.” 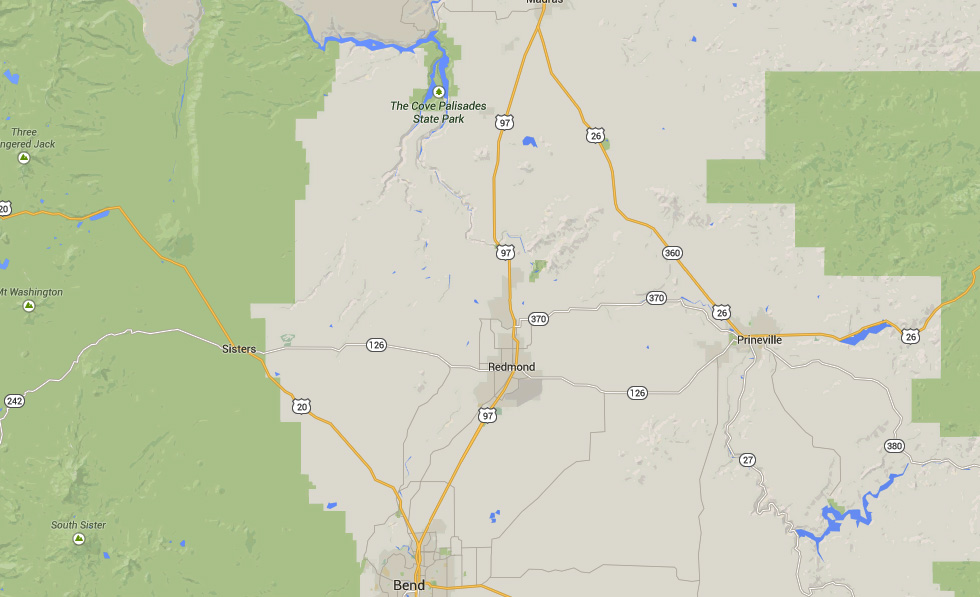 Sisters, OR, is about 22 miles northwest of Bend. (Credit: Google)

Sisters is a city in Deschutes County, Oregon, population 2,038.

Oregon is currently a UFO Alert Level 3 – with 2.56 sightings per million population based on MUFON February 2015 statistics. Oregon received a total of 10 UFO reports in March.