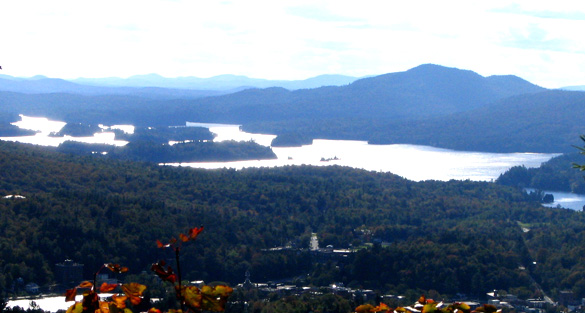 A New York witness at Saranac Lake reported watching a sphere-shaped UFO move overhead the size of a “football stadium,” according to testimony in Case 76535 from the Mutual UFO Network (MUFON) witness reporting database. 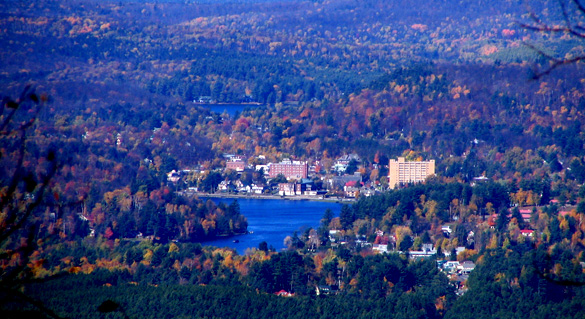 The sphere-shaped UFO moved directly overhead under 500 and appeared to be the size of a football stadium. Pictured: The village of Saranac Lake, with Lake Flower below and Lake Colby above, from Scarface Mountain to the southeast. (Credit: Wikimedia Commons)

The witness had gone out with friends to see a band play and the group was sitting around smoking cigarettes afterwards at 2:30 a.m. on May 13, 2016, when the incident occurred.

“I saw it coming very slowly, at first looking like something out of ‘Doctor Who’ or ‘Star Wars,’” the witness stated. “I stared at it in awe for a good 15 seconds before my brain kicked in and I realized I should point it out.” 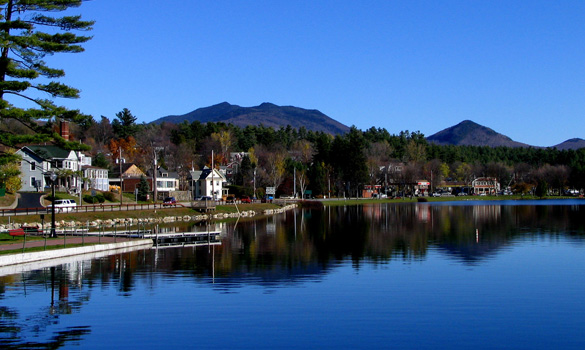 The object had now moved directly overhead at under 500 feet.

“I could see the most beautiful blue color I’ve ever seen forming thick circles, smaller ones around the edges. At this point the ship looked spherical, like a glass planet. I saw what looked like hundreds of observation windows. I told my friends to look up, and we all watched as it very slowly, noiselessly continued onward.”

One of the friends commented that the object looked like a shuttle.

“It kind of did by the three very bright lights visible on its backside. If I hadn’t of looked up, it would have buzzed us and we would never have seen it. I live in the mountains near Canada and have spent many years searching a light pollution-less sky. I have never seen anything like this. It was comparable to having a football stadium pass right over your head, slowly and silently.” 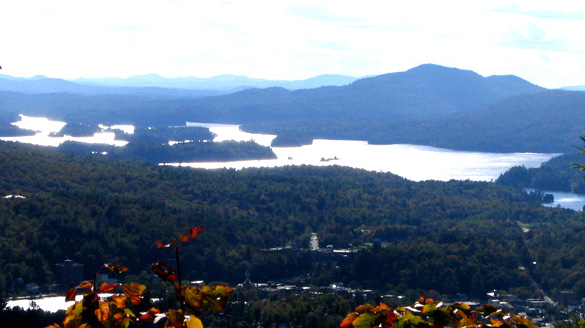 The sighting lasted about five minutes. Pictured: The village of Saranac Lake, bottom, with Lower Saranac Lake, above, from Baker Mountain, to the east. Lake Flower is at lower left. (Credit: Wikimedia Commons)

The group watched the object until it was out of sight – about five minutes of total viewing time.

New York Field Investigator John “Jack” Fay and New York Chief Investigator Nicholas Voulgaris are investigating. Saranac Lake is a village in New York, population 5,406. Please remember that most UFO sightings can be explained as something natural or man-made. The above quotes were edited for clarity. Please report UFO activity to MUFON.com.