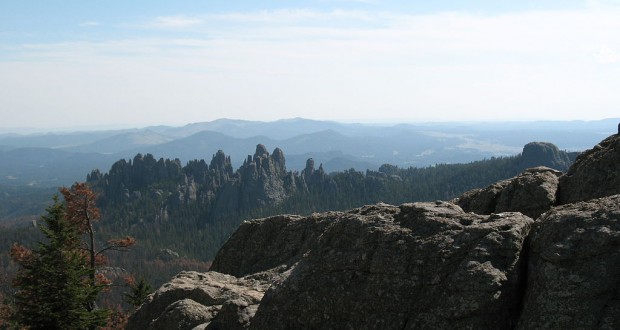 Three South Dakota campers in Black Hills National Forest reported encountering a glowing UFO that moved toward them at ground level, according to testimony in Case 60560 from the Mutual UFO Network (MUFON) witness reporting database.

The three friends drove in from the Twin Cities arriving in Rapid City, SD, on the morning of Friday, June 20, 2014, stopping at a camping store for supplies. Armed with a national park map, they decided to explore a remote location that required driving an hour and-a-half to a camp ground.

“We geared up and began a hike up a nearby mountain,” the reporting witness stated. “The hike was very strenuous. It was not a designated trail and involved a lot of climbing over fallen trees. After a couple hours we reached the summit and found an area with a clearing in the trees and a suitable place to set up a base camp.”

The three immediately got busy with setting up their camp for the night.

“We built a fire ring out of stones, started a fire, and ate dinner as it began to get dark. That time of year the sun doesn’t set until late. It doesn’t get completely dark until almost 10 p.m., but when it does the stars really come out. There was zero light pollution and not a cloud on the sky. We sat and admired the stars as we listened to music and talked about our plans to hike to the top of mountain peak tomorrow.”

The witness first noticed the UFO as looking like a bright star.

“As I was looking towards the horizon, I noticed a very unusually large star giving off a lot of light. It was just above the horizon and visible through the trees. It appeared to be hovering in place, but as it clearly was moving I figured it had to be a plane.” 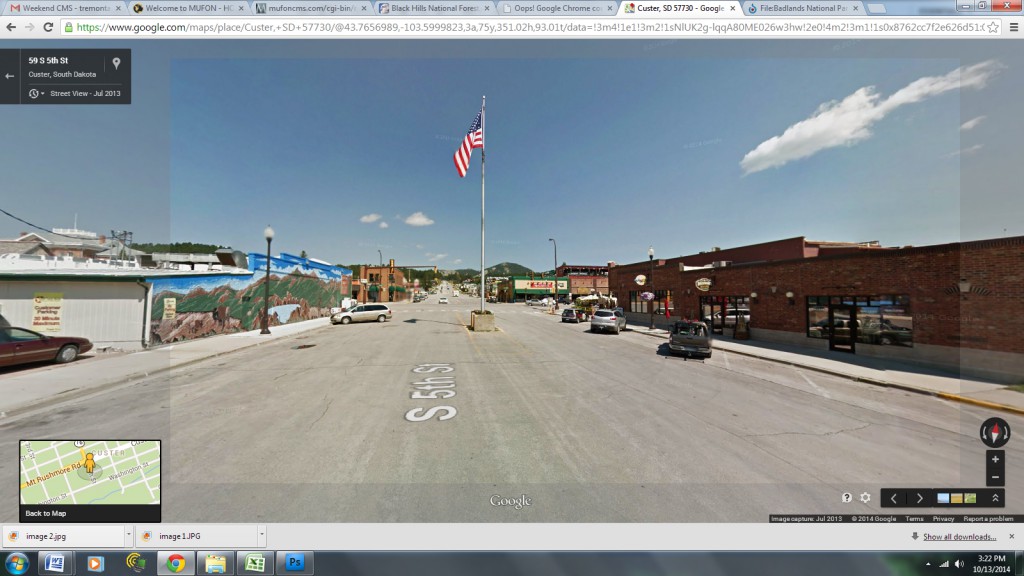 But now the hovering object appeared to be moving.

“But as I watched it as best I could through the forest, I noticed it was clearly changing its path and trajectory. It was ascending and descending, shooting left, stopping, hovering, and zooming left and up again. I pointed this out to my two buddies. I shined the flash light on it and said – there’s no-way that could be a plane. We were all observing the object now. It was obviously under some kind of intelligent control, but wasn’t making a sound.”

One of the campers suggested they turn down their music to hear the object.

“As we did that, the UFO started to descend. It was now below the tree line and began to come closer. I’m shining my light on it when the fear set in that this was not something that we could explain.”

Another camper suggested they also turn off their lights.

“The object was giving off a lot of light. It was so bright that it was illuminating all the grass below it and causing the trees between its location and ours to cast shadows. It was now maybe only 10-15 feet above the ground and heading in the direction of our tent.”

The object continued to move closer.

“Where we set up the fire was only about 100 feet from the tent. The object was now only a rock’s throw away. We all held our breath – were silent – frozen in a fear that we are alone in the woods with this glowing object that has no explanation. It reached a point directly above our tent and stopped.”

It then appeared to the campers that the object was actually observing them.

“There is a direct line of sight between our position and the object. It seemed to turn and directly observe us. I began to move out of its view, but without ever taking my eyes off it. There seemed to be an energy in the air. This was the most powerful experience of my life. Just as mysteriously as it arrived, it disappeared right in front of us. We were all pretty shook. ‘WOW! So bizarre. Is it gone? Is it coming back? Are we ok?’ These are the questions going through our minds.”

The group of campers considered their immediate situation.

“We really didn’t know if we were in danger. We’re all alone in the woods. There is no immediate help. We don’t have the use of any cell phones, no weapons. It was really an incredible experience. We all asked each other if this really just happened. It would’ve been easier to simply block it out. It’s pretty mind blowing to become aware of something like this. We all agreed we all saw the same thing. I remember seeing a plane and finding comfort in something I recognized and had an explanation for.”

The reporting witness wanted to make the group comfortable before any panic set in.

“So I started the music and built the fire back up. We were all throwing logs on the fire when all of a sudden, a light flashed and an object went streaking across the sky above us leaving a tail behind it.”

“It was tearing through the air and burning in bright colors as it lit up the forest below. It began to fall into the canyon between the mountain we were on and the one across from us. As it fell, it exploded and burnt up in vibrant colors of blue, turquoise and aqua.”

The only idea among them was that the object was a meteorite.

“But I can’t help but feel like this was directly related to the UFO. I’ve seen hundreds of shooting stars in my life, but all have burned in colors of white or yellow, never blue. And rarely could I so much as hear one, much less be shook by its intensity as it burns up and explodes.”

The reporting witness said he stayed up at this point until the sun rose.

“As we sat on the edge of the mountains talking about the experience, we witnessed two more UFOs moving across the sky that night. The first was traveling at what appeared to be a very high altitude. It de-accelerated, stopped, changed trajectory, accelerated, and then took off out of sight. The second behaved in a similar matter.”

The reporting witness attempted to videotape the objects seen that night.

“I had a video camera with me the whole night. I attempted to record all three objects. The camera could not make out the lights in the dark. There is however a few seconds in the video where the first object can be seen through the trees darting up, down, left and right.”

Black Hills National Forest is located in southwestern South Dakota and northeastern Wyoming. The forest has an area of over 1.25 million acres. South Dakota MUFON is investigating.

The above quotes were edited for clarity. South Dakota has a current UFO Alert Rating of 5 with a low number of recent reports nationally. South Dakota had 1 UFO report in September 2014 – the 46th highest reporting state – calculated at 1.20 sightings per million population – while California had 99 reports as the highest reporting state. The above quotes were edited for clarity. Please report UFO activity to MUFON.com.