Home / Articles / Singer Ryan Adams has UFO sighting over CA, but he isn’t the only one 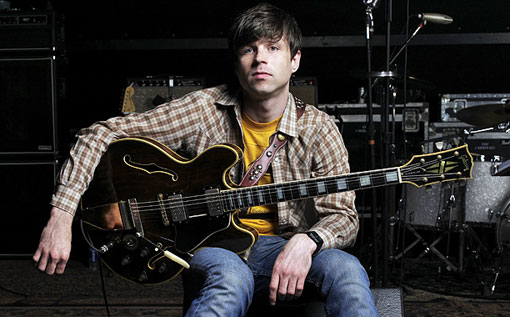 Singer Ryan Adams has UFO sighting over CA, but he isn’t the only one 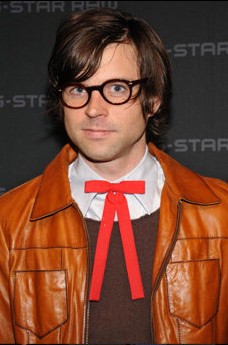 Ryan Adams spotted a strange unidentified object last Thursday around 11 P.M. Pacific Time. While driving his car in Glendale, CA, Adams, along with other drivers spotted a huge object, which was apparently then chased by cops and helicopters. Unfortunately, the singer, was not able to take any photos or video, but for a good reason. He stated, “Enough people are dead from texting and driving.”

Interestingly enough, two hours prior to his sighting Adams had retweeted a Huffington Post Weird News article by Lee Spegiel entitled, “U.K.’s two foremost UFO experts have one thing in common: they hate each other”, the article chronicles a fued between Nick Pope and David Clarke. Whether that illustrates that Adams is interested in the subject of UFOs prior to his sighting remains to be seen. The screen shot below shows Adams twitter feed prior to him evidently deleting the majority of the UFO tweets. 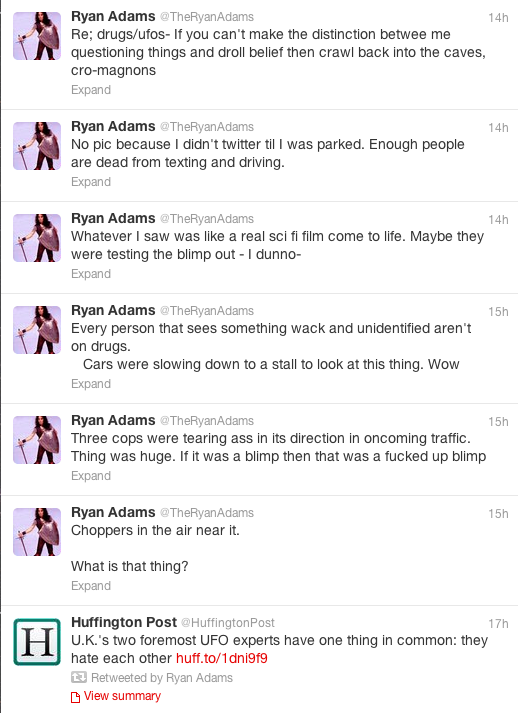 Even upcoming country star Kacey Musgraves responded to Adams: “I’ve had a couple of UFO sightings, myself. No joke. Both were incredible.”

Adams and Musgraves are not alone. Countless musicians have come forth in the past with their own UFO sightings…so many in fact there is actually a book dedicated to Rockstars and UFOs by Mike Luckman entitled Alien Rock: The Rock ‘n’ Roll Extraterrestrial Connection.

In the most recent episode of Spacing Out! we had the opportunity to interview a few of the bands on the Vans Warped Tour about their thoughts on UFOs, extraterrestrial life, and space colonization. In a surprising twist, Gabe Kubanda, a solo artist who appeared on the second season of VH1 Classic’s music reality show “Rock N’ Roll Fantasy Camp” had the opportunity to work with the legendary Sammy Hagar and asked him about his abduction experience and whether or not it was true. You can watch Gabe’s story to hear Hagar’s response below:

You can watch the full episode of Spacing Out! here: