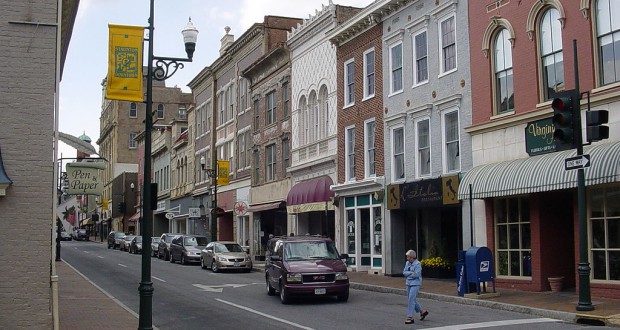 The witness first saw three red lights in a triangle formation where the lights appeared as though one was looking through a stained glass window. Pictured: West Beverly Street in Staunton, VA. (Credit: Wikimedia Commons)

The witness stepped outside about 5 a.m. on February 28, 2015, for a cigarette when three red lights came into view in the sky.

“While they looked solid, they appeared as if looking through a stained glass window – blurry almost,” the witness stated. “The lights were in triangle formation, moving south at a fast speed.”

The witness realized that the object made no sound. 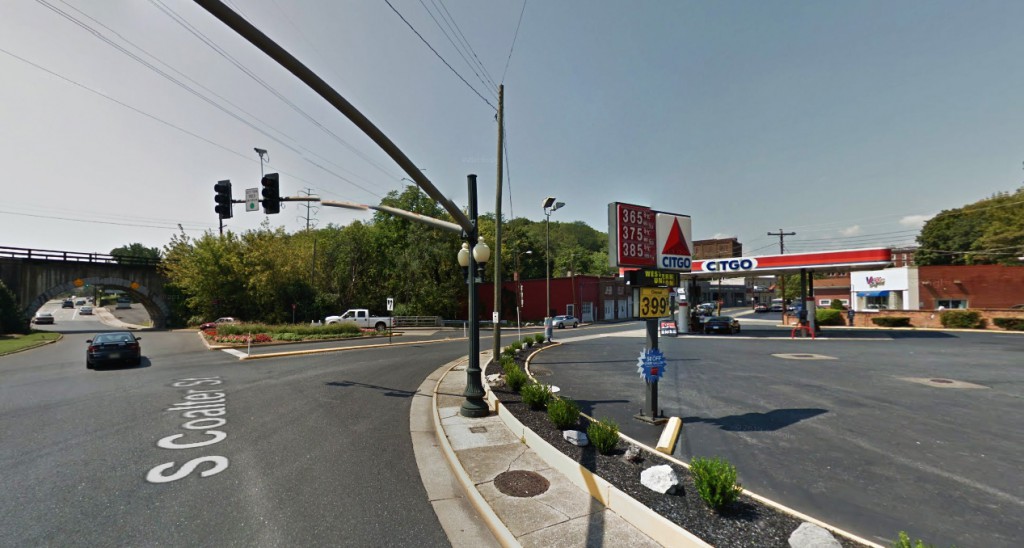 The witness said he could not make out a body to the object and that the object was completely silent. Pictured: Staunton, VA. (Credit: Google)

“The object was moving fast enough that I was sure I would hear a noise, typical of any known aircraft, but no noise came.”

The witness could not make out a body to the craft either.

“There did not appear to be a body to the craft, though common sense tells me there should have been one. I could only assume it may have been cloaked in some way, but that is only speculation. There are no roads behind my apartment, nor any other buildings close enough to cause any reflections. There were no clouds in the sky at all, nor any fog.”

The witness was unable to take photos.

“The object and lights moved too quickly for me to take any photos.” 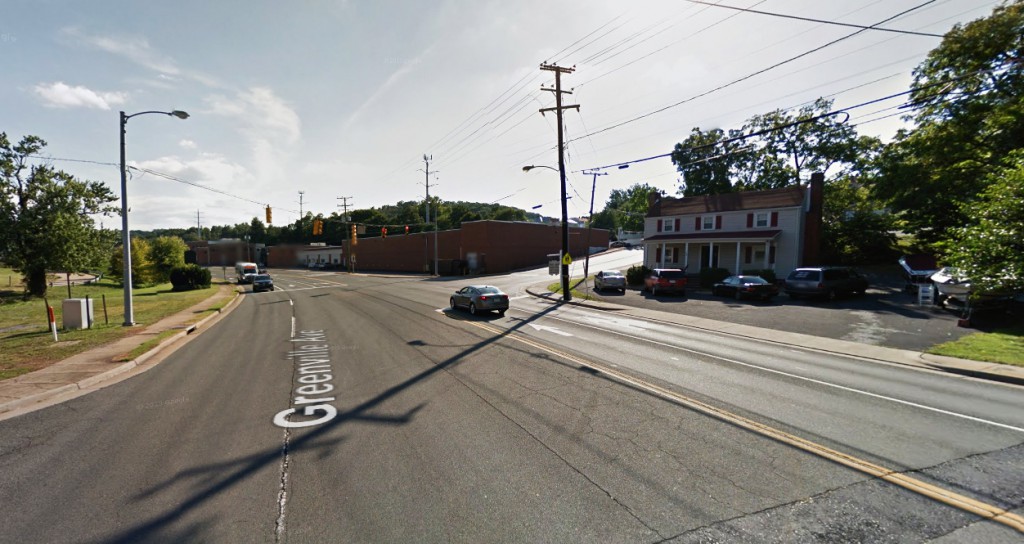 The object was fast moving and there was not enough time for the witness to take photographs. Pictured: Staunton, VA. (Credit: Google)

Staunton is an independent city in Virginia, population 23,746. Virginia MUFON is investigating.