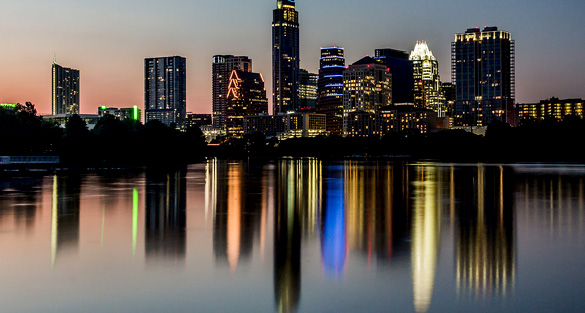 A Texas witness at Austin reported a silent, triangle-shaped UFO flew overhead less than 1,300 feet about 6:44 a.m. on August 19, 2015, according to testimony in Case 69559 from the Mutual UFO Network (MUFON) witness reporting database. 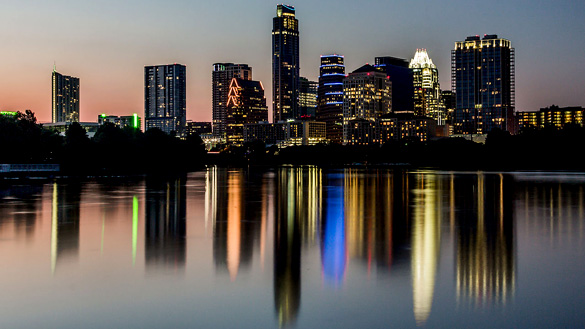 The witness was sitting outside his apartment watching a squirrel on the apartment rooftop across the street when the object first came into view.

“The squirrel was running across the peak of the roof about midway of the building,” the witness stated. “I was facing almost directly south when I noticed a triangular-shaped object just above and to the left of the squirrel, coming at me at a high rate of speed.” 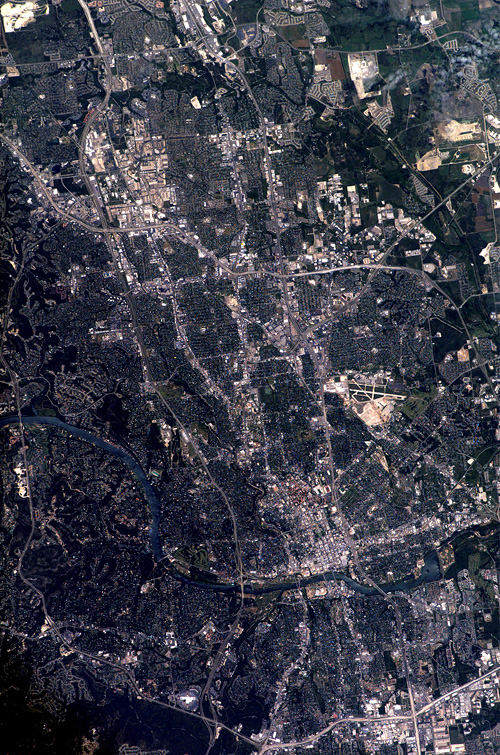 The witness tried to determine the object’s altitude.

“I would guess the cloud cover to be at an altitude of about 1,200 to 1,300 feet. The object was flying under the clouds. The total time elapsed from the time it caught my eye to when it was out of sight was three seconds. There was no sound, no emissions, nothing but the sight of the object flying by.”

The object was flying very fast.

“The speed of the object startled me and caused me to catch and hold my breath. I have never seen anything like it before. I know it wasn’t just a formation of birds or anything like that because it was a perfect geometric shape. It appeared to be flying faster than the jets that fly over at the University of Texas graduation ceremonies and the F4 jets I have seen at air shows. It was flying so fast that my eyes were only able to focus on it momentarily and that’s when I noticed three lighter brownish, fuzzy lines equidistantly spaced in the body of the object.”

The object was definitely triangle-shaped.

“I also noticed at that time when it was almost directly above me that it appeared to be an elongated triangular shape. The two sides of the triangle were approximately three times the length of the back. The only way I could try to estimate the size of the object was to raise my arm and hold my thumb and forefinger apart at about the size of the length of it in the sky. That was about two inches total length. Considering the height of the clouds and the length the object appeared to be as it flew under the clouds it might be possible to estimate its length. To me it seemed to be about one-half to two-thirds the length of an F4 fighter jet. It flew in a perfectly straight line with no weave or bobble. I mentioned this incident to a neighbor lady who said I ought to report it.” 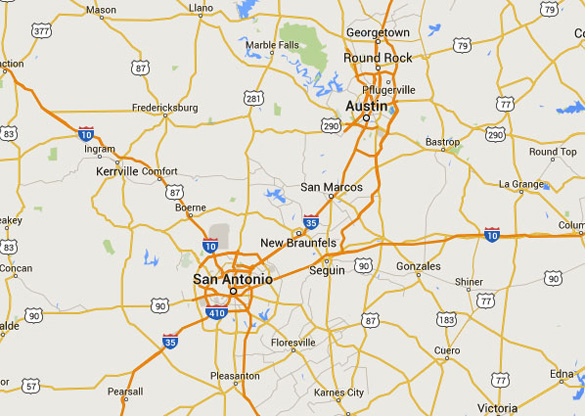 Austin is the capital of Texas, population 912,791. Please remember that most UFO sightings can be explained as something natural or man-made. The above quotes were edited for clarity. Please report UFO activity to MUFON.com.