A New York witness at Owego reported watching and videotaping a disc-shaped UFO crossing the sky silently, according to testimony in Case 51482 from the Mutual UFO Network (MUFON) witness reporting database. 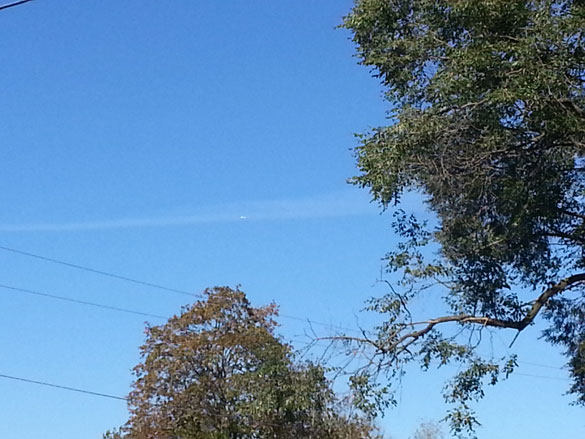 The witness noticed the object moving silently over Owego, NY. Image is a still frame from the witness video. (Credit: MUFON)

The sighting occurred about 1 p.m. on October 12, 2013, when the witness observed what appeared to be a disk-shaped object flying from the northeast and moving over Owego.

“The object emitted no sound,” the witness stated. “There was no trail after it. There were no visible wings of any kind.”

The witness uploaded a 22-second video taken on a camera phone with the report, which was filed with MUFON on October 12, 2013. 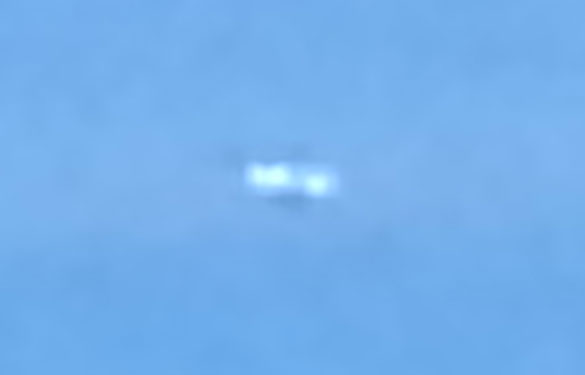 Cropped and enlarged portion of one frame from the witness video. (Credit: MUFON)

“The disc moved from southwest to the northeast over the western horizon. Shortly after another object the same size and shape, no wings, no trail, no sound was observed flying from east (Binghamton, NY) to the northwest, however, higher in the sky than the first object. Having observed thousands of flights going over this area in the last 30 years, I have never seen anything like this before.”