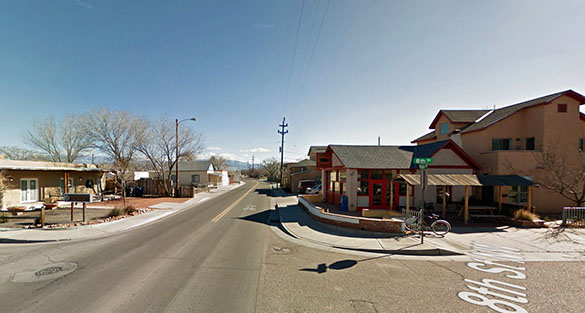 A New Mexico witness at Albuquerque reported a silent, shape-shifting object crossing the sky just 500 feet away and 50 feet in the air, according to testimony in Case 82456 from the Mutual UFO Network (MUFON) witness reporting database. 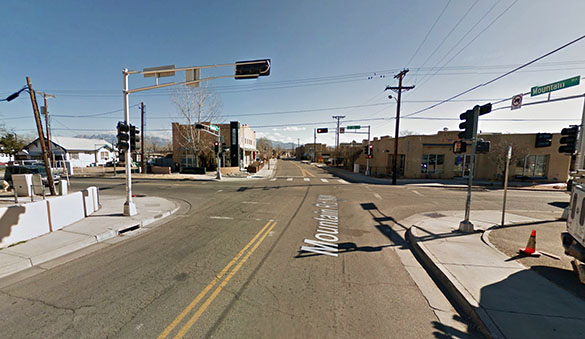 The witness first thought the object was a flock of birds. Pictured: Albuquerque, NM. (Credit: Google)

“The object was approximately 500 feet away, about 50 feet in the air over a building,” the witness stated.“ At first I thought it was a flock of birds, and I said, that’s interesting, what kind of birds would those be? It seemed to be moving east in a slow flutter. Then it disappeared, like it folded back into the sky.” 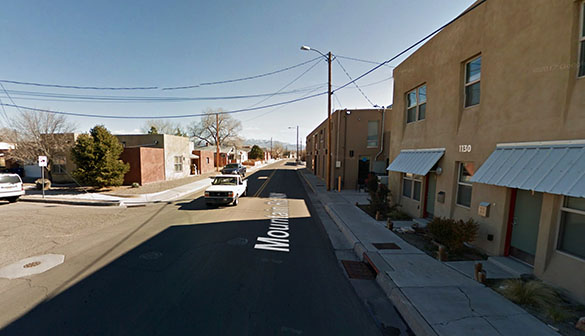 The witness at first simply dismissed the sighting as something strange.

“It then reappeared in a fat boomerang shape. It seemed to be made up of multiple, light gray, possibly reflective objects but working together, like a school of fish, or sequins on a purse or dress. It did seem to have a common background that was dark gray or black. It was still fluttering, but it paused and hovered and moved backward, just slightly.”

The view was blocked by a bare tree and the witness continued to walk.

“When I saw the shape again, it had changed, and it seemed to be a soft, billowy, upside down parachute shape, or the bottom of a puffy cloud or a puff of factory smoke. I almost convinced myself it was a deflated weather balloon, but there was no top to the shape, only a distinct bottom. The color of this object seemed to blend with the sky. I could only decipher a dark gray sitting in the bottom of the cloud/parachute.”

The object changed again, and became almost transparent, as if the sun were reflecting on an invisible craft. 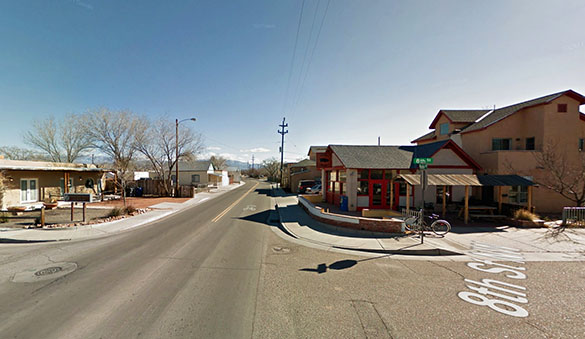 The witness lost sight of the object and did not see it move away. Pictured: Albuquerque, NM. (Credit: Google)

“Now there really is no overall shape that I can make out. I saw a few smaller very rigid shapes, like flat prisms or solar panels, and they seemed to fold backwards into the object and then the whole object faded away.”

The entire sighting had last about 20 – 25 seconds.

“At this point, another sparse tree is blocking my view. I assumed the object would reappear, as it already had, so I said to myself, I will take a picture with my phone when I get to the other side of the tree, but it never appeared again. I looked for it for about 6 more minutes, but saw no sign of it. The object made no sound during this encounter. The other objects in the sky were two passenger planes flying east almost parallel to each other, but they were a mile away. There was a helicopter about 10 miles east circling. There is also a military base close by, and planes are frequently seen. A military cargo plane flew over a few minutes later. Additionally, a CV-22 osprey plane flew over a few minutes after the first military plane. I do not know if it lingered in the vicinity, as I had to go back to work. Of note, the building I believe the object was moving over, processes precious metals.”

MUFON New Mexico State Director Donald R. Burleson is investigating. Please remember that most UFO sightings can be explained as something natural or man-made. The above quotes were edited for clarity. Please report UFO activity to MUFON.com.