Home / Featured / SETI Institute, Lucasfilm’s ILM to participate in NASA’s Kepler discovery announcement
NASA will hold a news briefing to discuss a new discovery made by the Kepler mission. 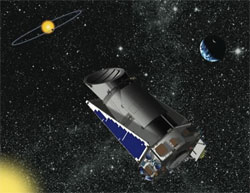 NASA issued a press release yesterday to announce a news briefing that will take place tomorrow, September 15, 2011, to reveal a new discovery by the Kepler mission.

NASA describes the Kepler mission as “the first NASA mission capable of finding Earth-size planets in or near the ‘habitable zone,’ the region in a planetary system where liquid water can exist on the surface of the orbiting planet.”

On Monday, September 12, astronomers announced the discovery of more than fifty new planets, including 16 “super-Earths” — a discovery made using the European Southern Observatory’s HARPS (High-Accuracy Radial velocity Planet Searcher) planet-hunting instrument. NASA has been using HARPS to confirm the more than 1,200 planetary candidates located by Kepler in February 2011. 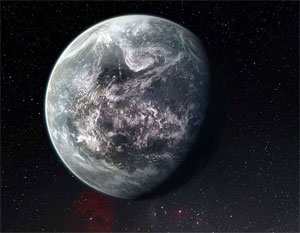 It is unclear what discovery will be announced at tomorrow’s news briefing. The findings have apparently been given to Science Journal, because according to NASA, Science Journal has embargoed details until the commencement of the news briefing. And perhaps more interesting is the fact that representatives from the SETI Institute (Search for Extraterrestrial Intelligence) and from Industrial Light & Magic (ILM), a division of Lucasfilm Ltd., will be participating in the panel of scientists who will discuss the discovery.

The panel participants are as follows:

The event will be broadcast live tomorrow at 11 a.m. PDT on NASA Television and streamed live on NASA’s website at http://www.nasa.gov/ntv